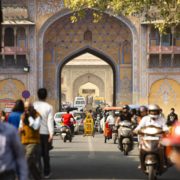 The majority of city residents worldwide live with high levels of air pollution and many still live in slum conditions with limited access to sanitation.
Comment 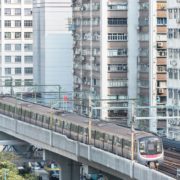 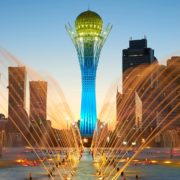 Innovation is playing a vital role in the economic, social, and environmental progress of Asia and the Pacific and has been an important factor in the region's rapid and successful transformation. However, many countries in the region lag behind, innovating at a fraction of the pace as countries in similar or even lower income groups.
Comment

World competition among cities: City trends and the framing of a livable city

Over the next 3 decades, about 70% of the world’s population is expected to be living in urban areas. Within the next decade, by 2030, the world is projected to have over 40 megacities with more than 10 million inhabitants. Such population flows into cities will disrupt the functioning of cities and lead to urban issues, such as transportation congestion, air pollution, and housing shortages.
Comment

The scale of investments in high-speed rail (HSR) raises questions about the most appropriate methods of appraisal. Increasingly the reliance on conventional cost–benefit analysis, based essentially on the direct benefits to users and the direct costs to operators, has been questioned.
Comment

The Smart Cities Mission, launched by the Government of India, aims to transform the urban governance ecosystem, especially urban local bodies (ULBs). It is hoped that the mission will help attract innovation, expertise, and financial resources for the holistic development of the ever-expanding urban areas. The creation of sector-focused, region-specific “special purpose vehicles” (SPVs) is an attempt to unleash the potential of a consortium-based approach in delivering the interdisciplinary ideation and implementation of projects.
Comment

Reports from the United Nations estimate that India will add 404 million persons to its urban areas between 2014 and 2050 (UN DESA 2014) and that it will have seven cities with a population of more than 10 million by 2030 (UN DESA 2016). Currently, India is making an ambitious effort in its urban transformation under the “Smart Cities Mission” of the Union Government. With the guidance of the Ministry of Housing and Urban Affairs, India’s urban local bodies (ULBs) have been proactively working to achieve better efficiency and equity in the utilization of financial resources for developing municipal infrastructure. They have been augmenting their financial autonomy by developing data-driven and market-based financial instruments that attract investments to their projects.
Comment