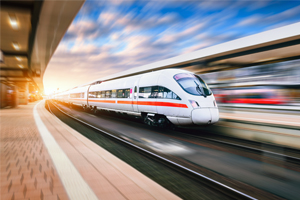 The scale of investments in high-speed rail (HSR) raises questions about the most appropriate methods of appraisal. Increasingly the reliance on conventional cost–benefit analysis, based essentially on the direct benefits to users and the direct costs to operators, has been questioned. While the focus has been for some time on the external costs and benefits of such projects, the reductions in accident and congestion costs, as well as the potential environmental effects, interest is increasing in the ways in which such projects may result in wider economic impacts. These arise from changes in accessibility and connectivity, which can impact the productivity of all firms through changes in agglomeration, rather than just impact those using a service. Such changes in productivity have an impact on a city or region’s economic performance, leading to a growth rate higher than expected. Differential effects on different cities or regions, depending on their ability to exploit new opportunities, can lead to either convergence or divergence and, hence, to the potential to rebalance regional performance in a national economy. This has been a stated aim of the development of the HSR network in the People’s Republic of China (PRC) and is also an objective of the proposed HS2 system in the United Kingdom (UK).

Identifying whether existing HSR projects have achieved such impacts is not, however, straightforward. Most analysis has focused on aggregate measures of performance, such as gross domestic product per capita, productivity, or economic growth, but changes may occur at a more micro level, affecting economic structure, relocation, or new firm creation.

Looking at simple measures of industrial specialization, European data suggest that HSR development contributed to convergence in economic structure both between major city regions and between the core cities and their hinterlands within each region. Evidence from the PRC indicates that there was an increase in specialization and, hence, divergence between cities’ economic structures. This suggests that HSR development may be more significant for effecting economic change at earlier stages of economic development.

HSR affects each economic sector differently—and in a different way from a general change in accessibility that changes the access costs of all firms and households in the same way. It may be expected that HSR will impact more strongly on firms working in the knowledge economy than those in traditional manufacturing industries as they are more dependent on rapid communications and human interaction. Similarly, HSR is more likely to benefit higher-income workers with higher productivity, or those prepared to make longer commuting journeys to access the jobs for which they are most skilled.

To test this, we looked at changes in economic structure and particularly the impact on knowledge sectors in two regions: one in the PRC and one in the UK. Our study revealed that the more comprehensive HSR network in the PRC as well as the greater changes in accessibility and connectivity as a result of the greater distances had a bigger impact than those of the rather smaller improvements in the UK. The results also confirmed previous findings based on more aggregate indicators that HSR in itself is not usually a sufficient factor in changing economic fortunes. It is only when combined with complementary policies relating to local and/or regional transportation or land use that the wider economic effects of HSR can be fully realized.

Studying new firm formation in more detail suggests that the general improvement in accessibility within a city brought about by connection to an HSR network lessens the need for close locality to an HSR station area. Firms may be able to take advantage of new areas of development and cheaper land prices while still benefiting from better intercity connectivity by being away from the immediate area of a station. Improved intracity connections prompted by HSR contribute to this.

More work is needed on studying these changes in behavior occasioned by the introduction of HSR.