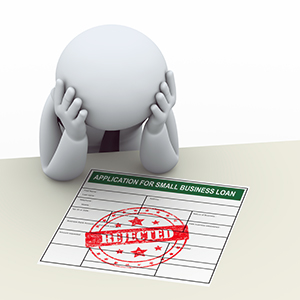 It is widely accepted that small and medium-sized enterprises (SMEs) represent the backbone of most economies. Not surprisingly, the story is mostly the same across the globe. For instance, Yoshino and Taghizadeh-Hesary (2014) report that SMEs account for almost 98% of all enterprises in Asia, offering jobs to around 66% of the workforce. In the European Union, the data offer a similar picture. In fact, SMEs represent 99% of all non-financial enterprises and account, on average, for 67% of total employment (European Commission 2017). Overall, such figures undoubtedly highlight how pivotal SMEs are for the functioning of the real economy.

Another important aspect characterizing SMEs is their high dependence on the bank-lending channel to finance their projects. SMEs are unable to access equity markets (see, inter alia, Vermoesen, Deloof, and Laveren [2013]) because of the high costs involved with the issuance of equity as well as the reluctance of investors to put money into small corporations. This leaves SMEs heavy reliant on bank credit to satisfy their liquidity needs (Polzin, Toxopeus, and Stam 2017).

Despite this, it is worth mentioning that credit is not always easily available. Most often, SMEs struggle to get financed when they turn to financial institutions. This occurs because of the lack of ability to provide good collateral, the weak credit information offered, and the informational asymmetries that characterize the bank-firm relationship (see, for instance, Andrieu et al. [2017]; Ayadi and Gadi [2013]; Beck et al. [2010]; Bonnet et al. [2016]; Shaban et al. [2016]; and Vos et al. [2007]). In addition to this rather discouraging picture, conventional wisdom also claims that credit constraints may even be greater for young SMEs, which are more informationally opaque than their older peers (see, inter alia, Hyytinen and Pajarinen [2008]). Overall, the consequences of the credit denials perpetrated to SMEs—especially new SMEs—are unfortunate as they may threaten or hamper the proper functioning and growth of the economy.

Motivated by the considerations illustrated above, we empirically investigated whether young enterprises in Europe suffer significant denials from banks when trying to get access to credit. To do so, we relied on a large sample of 20,956 observations gathered from the Survey on the Access to Finance of Enterprises (SAFE) for the years 2009–2015 for firms chartered in major countries of the eurozone (i.e., Austria, Belgium, France, Finland, Germany, Greece, Italy, Ireland, the Netherlands, Portugal, and Spain). More specifically, we first investigated whether young SMEs are more likely to experience credit denials from banks compared to their older peers. We checked the robustness of our tests by employing different model specifications as well as by controlling for potential selection biases affecting our estimates. Finally, we exploited the country heterogeneity characterizing our sample, as well as the differences in firms’ economic activities, to see whether the likelihood of new SMEs to be credit constrained varied across the dataset.

Overall, we found that compared to older SMEs, young businesses appear to consistently face credit rejections from lenders. This result is stable to different model specifications and is confirmed even after addressing, via the Heckman probit model, the potential selection bias that may affect our data. Moreover, our additional tests highlight that new enterprises located in the southern and central countries of the eurozone are 4% more likely to face credit denials than older enterprises, whereas young businesses in Northern Europe do not seem to suffer similar issues. Finally, the results also highlight that among the various sectors of economic activity, new businesses operating in the “trade” industry are the ones that, compared to older peers, face the highest probability (8%) of being credit constrained.

In sum, our findings suggest that actions from policy makers could be desirable to ease the flow of credit and, thus, ensure the growth of young SMEs in the eurozone. Alternatively, in the absence of a decisive policy action, credit constrained businesses might find it beneficial to rely on new channels of finance offered by the financial technology industry, whose relevance in the economy is massively increasing, even in Europe.

← What Do Structural Economic Reforms Promise for the Future of Azerbaijan?
Is Indonesia’s subsidized rice program benefitting its children? →

One Response to Young Small and Medium-Sized Enterprises and Bank Credit Denials: Evidence from Europe