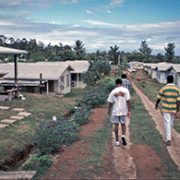 The biggest intergovernmental conference on housing and urbanization, Habitat III, took place in Quito, Ecuador, in October 2016. The main outcome of the conference was the adoption of the New Urban Agenda (NUA). The NUA does not consider urbanization as an obstacle to development but rather a key development driver. Providing adequate and affordable housing is one key theme in the NUA. It stresses the need to promote not only homeownership but also other types of tenure, such as cohousing.
Comment

Asia is urbanizing rapidly. Currently, about half of all of its residents live in urban areas, and the number of urban residents in Asia is expected to reach 3.3 billion by 2050. The Asian Development Bank Institute (ADBI) estimated that at the current urbanization rate, 127,000 people are added to urban centers every day in Asia.
Comment 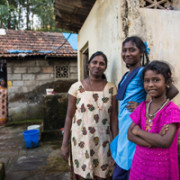 The cliché “Abandon all hope, ye who enter here” from Dante’s Inferno appears more appropriate to the current housing situation in India than anywhere else. India is facing a daunting housing shortage of 49 million units (Tiwari and Parikh 2012) Going forward, with urbanization and growing economic disparity, the challenges associated with housing availability, provisioning, and use will be further extenuated if appropriate remedial measures through policies and programs are not undertaken.
Comment

Walkability—Building cities for people too

With the urban population swelling the world over, it makes sense that we start—or go back to—designing cities for people too. People are a city’s principal raison d'etre. Cities therefore should be designed or redesigned to address one aspect that is at a more personal level for residents to make it greener: walkability.
Comment