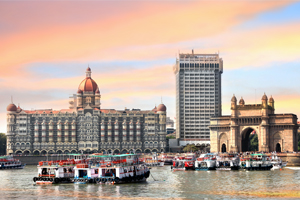 The Smart Cities Mission, launched by the Government of India, aims to transform the urban governance ecosystem, especially urban local bodies (ULBs). It is hoped that the mission will help attract innovation, expertise, and financial resources for the holistic development of the ever-expanding urban areas. The creation of sector-focused, region-specific “special purpose vehicles” (SPVs) is an attempt to unleash the potential of a consortium-based approach in delivering the interdisciplinary ideation and implementation of projects. Decision-makers in ULBs are being encouraged to engage with stakeholders to forge partnerships and peer-learning platforms to develop prudent and sustainable solutions for resolving the various issues relevant to them.

In this context, there is a need to create a dedicated team within major ULBs in India to establish, nurture, and expand international partnerships at the city–city level to proactively stimulate and scout for opportunities for the exchange of talent, experience, and financial resources. These personnel can work under the umbrella framework established by the Ministry of External Affairs of the Government of India to supplement and complement its efforts with an exclusive focus on urban development. Such teams can include experts from reputed universities, think tanks, corporate entities, and nongovernment organizations, etc. on an as-need basis. One such attempt has been made by Pune Municipal Corporation (PMC) recently. Apart from setting up its “smart-city SPV”, namely the Pune Smart City Development Corporation Limited, it has entered into collaborative partnerships with several prominent foreign entities. Its major domains of collaboration are public finance, environmental sustainability, cybersecurity, public health, and knowledge exchange, etc. These collaborations have catalyzed several path-breaking gains for the city of Pune: the launch of India’s first and largest listed municipal bonds program with advisory support from the United States Department of the Treasury; the master planning of the Aundh-Baner-Balewadi smart-city area with assistance from the United Kingdom’s Foreign and Commonwealth Office; and the onboarding of the city’s first Chief Resilience Officer under the 100 Resilient Cities program pioneered by the Rockefeller Foundation, etc. The crafting and adoption of the city of Pune’s digital strategy 2020 (Smartnet 2018) is another example where learnings from present and former city officials of cities like Tel Aviv and Barcelona have been assimilated, and the resultant action-items are being deployed in the field. The major pillars of the strategy, namely, digital infrastructure, digital services and payments, digital engagement, and digital enterprise will help the PMC live up to the aspirations of its current and future citizens.

There are immense opportunities waiting to be tapped by ULBs, especially in the context of nudging international businesses and startup and innovation ecosystems to anchor themselves in their respective cities by providing them with a favorable regulatory environment and world-class infrastructure facilities. In this context, Indian ULBs can learn from entities like London & Partners, the New York City Economic Development Corporation, and the Office of the Lord Mayor of Melbourne, etc. Such entities facilitate the ease of doing business within areas under their jurisdiction and champion their cities’ image as preferred destinations for living, traveling, and working. Such agencies can also facilitate the inbound and outbound interactions of their relevant stakeholders to help position their cities as places with the agility to adopt the best global practices. The various high commissions and embassies of India located in capitals across the world can facilitate this endeavor by stationing representatives from major ULBs at major diplomatic offices. This can help ULBs break the geographical barrier by creating a brand for their cities abroad and proactively reaching out to potential innovators, investors, and thought leaders interested in working with them.

The outreach activities of Indian ULBs to international academia can have twin benefits. ULBs can tap into high-caliber talent pools by offering internship and fellowship programs to students at some of the world’s most revered educational institutions. These interns and fellows can then act as support staff for the various departments in ULBs for delivering the relevant projects. The fresh perspectives generated through the amalgamation of ideas in such a setting can be of immense value to both stakeholders. Such exposure can also help academia capture authentic and genuine data from the field in the developing country context. This can then contribute to policy papers and case studies for decision makers.

Increasing the quantum and quality of cross-border people-to-people interactions is one of the fundamental tenets of India’s diplomatic relations with its partner countries. Leveraging the benefits of prudently involving ULBs in this endeavor can truly help democratize India’s narrative in the world and further augment its soft power.
_____

Prasad Thakur is a founding member of the “War Room—City Transformation Unit” at Pune Municipal Corporation, India.
View all posts by Prasad Thakur →