Income inequality, educational outcomes, and digital infrastructure: Can public–private partnerships play a pivotal role in Asia and the Pacific? 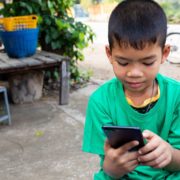 In most higher education discourse today it is not unusual to hear the claim that the world’s center of gravity is shifting toward the East. Indeed, no region has undergone as profound a transformation as Asia during the past half-century, from the 1970s to the present. Unprecedented economic growth has driven major social and demographic change and institutional reform and, in most countries, has brought about greater stability. The advent of a large middle class, coupled with openness and market reforms driven by economic imperatives, has contributed to greater interconnectedness among Asian states and between them and the rest of the world.
Comment

South Asia is home to a growing youth population and widely considered to benefit from the “demographic dividend” in the coming decades. The United Nations Population Fund’s State of World Population 2014 report The Power of 1.8 Billion: Adolescents, Youth and the Transformation of the Future therefore calls for increased investment in youths and adolescents.
Comment