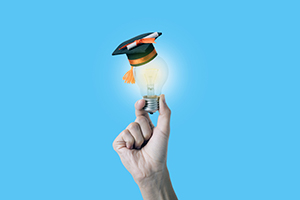 Rural areas of Asia and Africa where children lack access to high-quality educational opportunities tend to also be energy poor. Solar lanterns and other small solar energy products, commonly termed “picoPVs”, have been promoted as a promising first step toward improving both lighting in homes and educational outcomes. Rural households throughout Asia and Africa have bought over 100 million picoPVs since 2010, with India, Bangladesh, and other South Asian markets being among the most “vibrant” (and receiving significant market development support from governments and development agencies).

Research suggests that children living in homes with picoPVs consistently study longer than their peers, but it remains unclear whether this is because of the picoPVs. Whether solar lanterns help kids learn or perform better on tests is also not well understood. We undertook a randomized controlled trial to determine whether solar lights have such positive impacts in rural Zambia.

We tracked over 1,400 pupils in grades 7–9 in 12 government schools, but we did not see evidence that receiving a lantern improved scores on important national examinations. A statistical power analysis shows that our research design would have likely detected economically significant increases in the examination scores if such improvements were present. Children to whom we randomly gave solar lights also did not seem to behave differently than their peers with respect to where they studied, who they studied with, or the time of day that they studied. 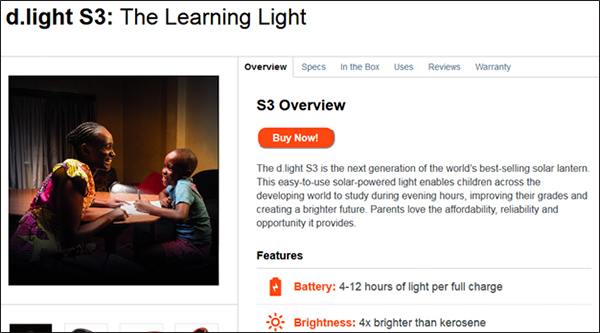 This lack of impact is mostly consistent with a handful of other recent academic studies. But the even more interesting insights from our study have to do with why we likely did not see impacts, which we learned from detailed surveys of pupils.

The first major lesson is that the adoption of picoPVs (or any other promising technology) is not enough. True impact hinges on widespread, long-term use. In our study, only a small fraction (15%) of the pupils to whom we gave solar lights reported actually using them (for studies or otherwise), even though nearly all pupils reported still owning the lights. In the paper, we explore several potential reasons that may explain this low usage rate.

While it may seem obvious that ongoing use is more meaningful than initial adoption, the primary metrics of “success” in development programs still tend to be based on distribution. Donors ask “How many millions of mosquito nets have you given away?” or “How many households have purchased solar lamps?”, even though more pertinent questions would be “How many of those mosquito nets are still being used? And have the ones that have torn been replaced?” or “How many households chose to buy more solar lamps after their initial purchase? And is there functional warranty support for the lights that have broken?” In the rare cases where sustained use is tracked, the follow-ups tend to be done shortly after the initial adoption, and thus may not reflect long-term patterns.

Repairing or replacing broken picoPVs like this one is extremely difficult in remote regions (even if they are covered by warranties). That directly hurts long-term use and positive social impact. Source: Author

A second lesson of the study is that picoPVs face serious competition from flashlights. Nearly three-quarters of children reported that battery-powered flashlights were their family’s primary lighting. This is in sharp contrast to previous studies of picoPVs, which focused on communities that primarily used traditional options like kerosene lamps or candles. While rigorous data tracking these trends are hard to find, it appears that cheap, battery-powered LED flashlights are now widely used across large areas of rural Asia and sub-Saharan Africa. The energy mix we observed in rural Zambia 2 years ago may increasingly be the norm in developing countries. Although flashlights may not be as environment-friendly as picoPVs, they may be quite competitive in delivering the social benefits of improved energy access, as well as offering convenience advantages over solar. If that is the case, the introduction of picoPVs would likely not result in improved educational outcomes. Testing the extent to which flashlights provide some of the same hoped-for social benefits as solar lanterns is a promising area for future research. For now, the takeaway is this: improving energy access for poor rural communities is not the same as promoting renewable energy; the two may not go hand in hand as much as had been hoped, so stakeholders should be vigilant not to conflate them.

The third major lesson is that education depends on a range of factors, so an overly narrow focus on energy poverty may not be constructive in promoting development. In our study, being far too busy with chores and work was a much greater obstacle to completing homework assignments than poor lighting. Nearly all the children surveyed said they could study during evening hours even before the introduction of solar lanterns. Notably, the type of light that a pupil reported using for studies (flashlights, solar lanterns, kerosene, candles, or even an open fire) was not meaningfully correlated with scores on standardized national examinations. So while many of these lights may be of low quality, they appear to be “good enough” for the studying that pupils are able to do in this difficult environment for schooling. On the other hand, a pupil’s gender, self-reported difficulty with reading and writing in English, and whether or not they had discussed going on to secondary school with their parents were highly predictive of examination scores. In these types of settings, other barriers to schooling may need to be addressed before improved energy access (through solar lanterns or otherwise) can deliver additional benefits. 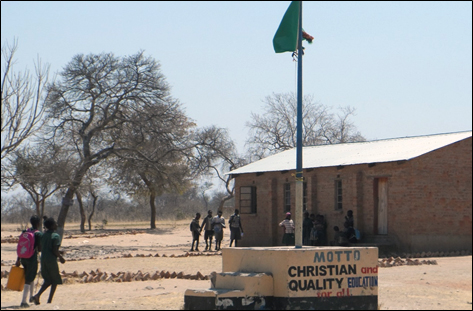 Providing quality schooling in poor rural areas is a complex problem, so focusing only on energy poverty (without at the same time tackling other major obstacles) is unlikely to trigger meaningful change. Source: Author

Overall, there is a need for caution and a deeper understanding of local context when planning energy access programs in developing areas. There are likely many areas across Asia and Africa that are similar to Zambia’s Zimba District, where tackling energy poverty could be a worthy goal in its own right but likely would not do much to improve schooling. For those looking to improve educational performance in similar environments, there are more direct opportunities to pursue. For example, our results suggest that providing backpacks or simply more books and school supplies could significantly benefit certain students, although more research is needed.

One Response to Do solar lights help kids do better in school?