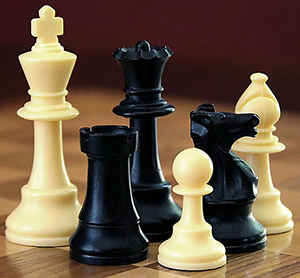 Thomas Pikettey’s 2014 book, Capital in the Twenty-First Century, triggered a lot of new research on income inequality, but studies that compare the sources of income inequality across countries are rare.

We chose Japan and the US for the following reasons. First, both countries enjoy a high level of gross domestic product per capita but they have rather different income distributions. Whereas the US has one of the most unequal income distributions among developed countries, Japan is known for its large middle class and less unequal income distribution. Second, detailed household panel surveys are available for both countries and represent a large share of the population. The household surveys contain comparable information on labor income and other socioeconomic variables, which allows for direct comparisons.

These results have important policy implications. First of all, investing in education is an important tool to curb income inequality. Second, both countries should undertake efforts to correct failures in the labor market. In Japan, reform of the two-tiered labor market, which results in high income differences between regular and irregular workers, should be the priority. Irregular workers are paid substantially lower wages and Japanese labor law requires them to change jobs every 3 years. Furthermore, opportunities for career progression are typically limited. The wage gap between regular and irregular workers thus gets bigger over time. In Japan, irregular workers are predominantly women and an important policy measure would be to facilitate the move of irregular workers into regular jobs. If more women moved into more permanent positions, it would reduce both gender inequality and overall income inequality.

In the US, the impact of differences in educational achievement is particular high. Students have free access to high school education, but their educational achievements might not only hinge on personal preferences or talent. For example, the school dropout rate is particularly high in low-income neighborhoods and graduate education is typically limited to students with well-endowed parents as student loans are not always available. One policy option would be to correct market failure for education, targeting high schools with relatively high dropout rates. Finally, lower wages for African Americans may be a sign of racial discrimination, but it could also reflect differences in educational quality among schools with varying racial compositions. Public policies should try to ensure that all racial groups have the same opportunities, especially in terms of education, and racial discrimination must be tackled to achieve more equitable outcomes.

This paper is a first attempt to compare the sources of income inequality between Japan and the US. The results are compelling and call for urgent action to correct failures in their respective labor markets.

Photo: By Alan Light (Own work by the original uploader) [GFDL or CC-BY-SA-3.0], via Wikimedia Commons

2 Responses to Why is Income Distributed Unequally? A Comparison of Japan and the United States