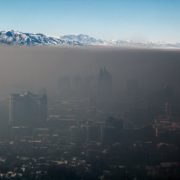 In 2015, all countries of the world agreed to adopt the 17 Sustainable Development Goals (SDGs) as a part of the 2030 Agenda for Sustainable Development. These goals came into force on 1 January 2016 and are aimed at ending poverty, protecting the planet, and attaining prosperity for all. The adoption of the goals was a unique achievement as they are applicable universally, and countries are making joint efforts to achieve them. Although the SDGs are not legally binding, countries are expected to take ownership and to voluntarily report their progress at the national level.
Comment