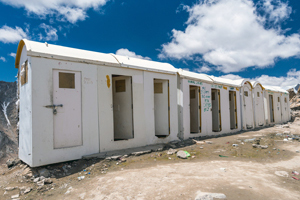 The Cambridge dictionary offers the following definitions of “embedded”:

(1) fixed into the surface of something;

(2) if an emotion, opinion, etc. is embedded in someone or something, it is a very strong or important part of him, her, or it.

In both respects, sanitation is deeply embedded. Grids of sewer pipes have been fixed into the surface of cities in the developed world for more than a century, and it has become a strong and important part of most policy makers’ belief that this is how to provide sanitation. Or, despairing of such systems ever being built in developing countries, some have swung to the opposite view, advocating off-grid solutions, which, while less embedded in the ground, become an equally strong and important part of their proponents’ beliefs.

Well-intentioned as they are, these approaches have two things in common. First, they are proving very hard to scale up at the pace needed to serve the 4.5 billion people lacking safely managed sanitation—that’s more than half the world’s population. Second, they regard sanitation as essentially a cost, which someone has to pay and which often they can’t afford. So perhaps it is not surprising that the United Nations sees sanitation falling ever further behind its Sustainable Development Goal target and has published a report entitled “The World is Not on Track.” The conclusion is, in essence, to spend more—in other words, to pull harder on the same levers that have failed to deliver. 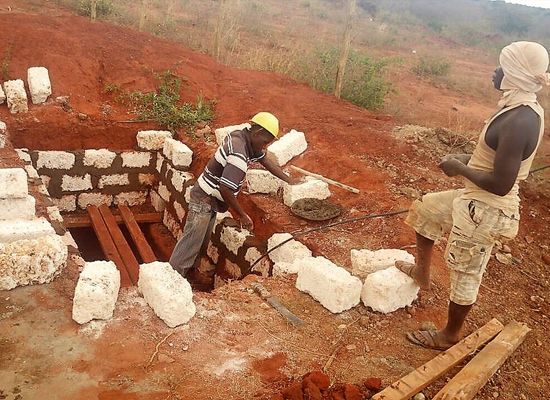 There is another way. It’s called the “sanitation economy.” This is a robust marketplace, based on a “new grid” of flows of materials, water, energy, and data that provide sanitation while creating economic value. The new grid is a hybrid of multiple solutions, decentralized but not disconnected, which is much cheaper and more flexible to build than traditional sewer grids. It is run by businesses, with the value generated from a wide range of products and services operating around sanitation, from feminine hygiene to renewable energy, preventative healthcare, and more. It includes elements of the circular economy and the latest smart technology and opens the door to so much innovation that new solutions are constantly emerging.

All this value generation reduces the cost—if not to zero, to a fraction of today’s value—and opens the way to profitable business models, which can attract investment. This investment isn’t public spending, grants, or aid money. It’s commercial investment earning a return—in other words, a massive new source of capital for sanitation.

For those wedded to the current approaches, this is unfamiliar territory, technically and institutionally. But the evidence is growing that it works.

The sanitation economy has emerged from the practical experience of large and small companies innovating in sanitation across Asia, Africa, and Latin America. It has been synthesised by the Toilet Board Coalition, set up in 2014 by major companies to accelerate sanitation through business solutions. Early analysis suggests there is a huge market—$62 billion in India alone—and a set of business models that can be profitable at the city scale. All this is further explained at www.toiletboard.org. 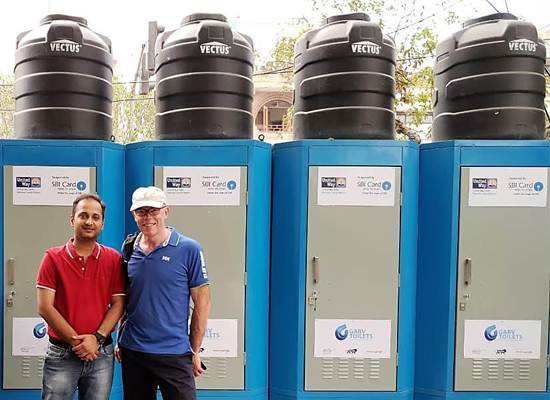 There is an old saying that “when you’re in a hole, stop digging.” It wouldn’t be fair to say sanitation is in a hole, in view of the incredible efforts of sanitation providers around the world, without whom this complex and challenging problem would be far worse. But if we’re to close the gap, we need to “dig differently”—fewer huge holes for traditional sewer systems, fewer pits for traditional latrines, and the complementing of these, instead, with a greater variety of new solutions—and we could be much less dug in with the view that sanitation is inevitably a cost to society. Businesses can join forces with governments and NGOs to make the sanitation economy work economically, and also socially and environmentally. The Toilet Board Coalition is developing this collaboration—come and get involved! 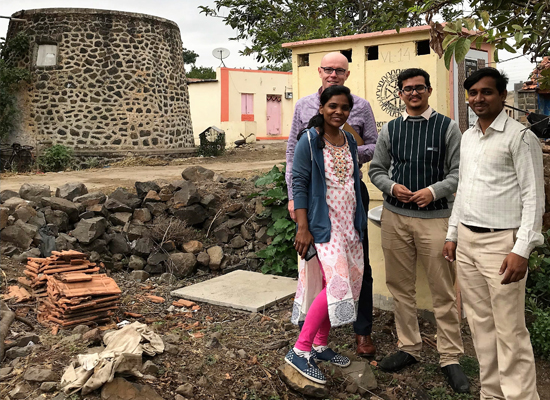