On a typical ride on the Tokaido Shinkansen traveling from Shin-Osaka to Tokyo, it does not take a childlike imagination to notice the view from the bullet train of scattered cars, small houses, and baseball fields, gradually changing as the train approaches its destination to packed apartment buildings and tall office towers. This is an important phenomenon of high-speed rail (HSR) implementation, which can be described by the terms “spillover effect” and “straw effect.”
Comment

Fintech is the game-changer for financial inclusion in Asia 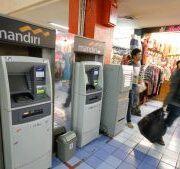 Due to innovations in financial technology and changes in the enabling environment, the number of financially excluded adults across Asia and the Pacific has dropped to about 1 billion. Increased access to affordable financial services can be a lever for Asians to smoothen consumption, manage risk and improve their lives through better savings options, access to credit, and cheaper payments or remittances.
Comment

Walkability—Building cities for people too

With the urban population swelling the world over, it makes sense that we start—or go back to—designing cities for people too. People are a city’s principal raison d'etre. Cities therefore should be designed or redesigned to address one aspect that is at a more personal level for residents to make it greener: walkability.
Comment