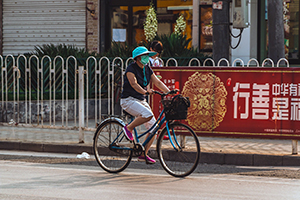 In recent decades, amid the increasing trend of globalization, it has become prevalent in world trade that firms in some countries outsource intermediate and/or finished goods or services from other firms in foreign countries for the purpose of lowering production costs and increasing production efficiency. For example, client firms in developed countries in the North (i.e., the United States [US] and the European Union [EU]), while maintaining their management bases and conducting research and development at home, shift their manufacturing activities to developing countries in the South, where labor costs are lower (e.g., the People’s Republic of China [PRC], India, Malaysia, Philippines, Thailand, and Viet Nam), and/or buy a substantial amount of parts or services from local firms there.

It is noteworthy that while the focus of attention on international outsourcing (also known as “offshoring” or “fragmentation”) has been largely placed on North-South outsourcing, a firm’s decision to outsource can actually be driven by a variety of factors, including, but not limited to, lower labor costs. These factors can include capital, technology, and organizational competency aiming to enhance the operational capability and profitability of the firm’s production. To illustrate, the US and EU countries outsource products from each other. The PRC outsources a variety of intermediate goods (such as crude petroleum, integrated circuits, and iron ore) from Australia; Germany; Hong Kong, China; Japan; and the Republic of Korea, among others, while itself shifting the outsourcing of goods (garments, apparel, toys, footwear, and tools) to other developing countries in Asia, Latin America, and Africa. The evolution of these outsourcing patterns in recent years reveals several important facts. First, outsourcing can occur universally among countries, whereby it can be in any direction. Second, each time goods and services are imported, the importing country may have outsourced a portion of economic activity from abroad—that is, all trade is likely to involve some outsourcing of intermediate inputs. Third, for trading countries and the world, free trade with outsourcing is always superior, or at least equivalent, to free trade without outsourcing because outsourcing is a state of free trade coupled with partial factor migration among nations.

Meanwhile, in the international outsourcing frontier, a notable development has been occurring for the South. Namely, following the PRC’s accession to the World Trade Organization in 2001, the dramatic expansion of North-South trade and outsourcing by Northern firms to the South has inflicted massive damage on the once clean air and fertile soil in the South. A marked example is the case of the PRC as the so-called “world factory”, where the production of myriad outsourced goods and services (i.e., garments, apparel, toys, footwear, tools, light machinery, electronics, and information technology products) is contaminating air, water, and soil, and depleting labor and material pools, triggering deforestation, desertification and global warming, and seriously endangering public health. However, the vendor countries in the South are mostly developing countries with the primary goal of economic development. Hence, despite the environmental damage, they opt in their early period of international offshoring to provide a hospitable business environment to the Northern outsourcing firms.

But, as outsourcing activities expand, the environmental costs resulting from the outsourcing became too heavy for the vendor countries to bear. Therefore, beginning from about a decade and half ago, the major vendor countries (notably the PRC) have begun to account for or internalize the environmental costs of outsourcing by enacting environmental regulations and taxes. This policy shift increases the prices of their outsourced goods and services for the firms in the North. However, the extent of such a move is considerably below the level that can bring back the South to an acceptable environmental quality specified by World Health Organization standards. This argument is supported by numerous observations reported on the presently stagnating or regionally deteriorating environmental quality in the PRC and its neighboring countries, including the Republic of Korea, Cambodia, India, the Lao People’s Democratic Republic, Malaysia, and the Philippines. To quote a few from the recent reports by mass media:

“The acidic deposition damages buildings, degrades the environment and reduces crop yields. In India, wheat growing near a power plant suffered a 49% reduction in yield compared with that grown 22 kilometers away.” (Global Warming 2009)

The theory of distortions in international trade stipulates that free trade is the optimal policy for a nation and the world with no distortions, but, in a world of second-best with distortion, policy intervention may be better for a nation than doing nothing. On policy intervention in the presence of distortion, the Specificity Rule prescribes that the policy should directly target the cause of the problem. The policy implication of the Specificity Rule is clear: to fully resolve the environmental problem in the South, strengthening regulation or fostering international cooperation is desirable for implementation until the environmental costs of outsourcing are fully accounted for by the outsourcing firms in the North.

← Law, culture, and innovation
Innovations in managing local government debt in the People’s Republic of China →