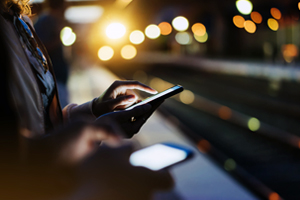 The rapid success of modern platforms is a testament to their ability to scale efficiently to the needs of many while providing an undeniable and significant advantage over the older methods that had so far dominated value exchanges. Powered by the public Internet and robust local connectivity, digital platforms rose to the challenge of developing newer, more efficient alternatives in their respective focus areas. Amazon and eBay surpassed physical marketplaces, while Uber flipped the public transportation sector on its head. Wikipedia helped demolish the monopoly over information by a handful of encyclopaedia publishers, and companies like Trip Advisor emerged to put a swift end to entire series of tourism publications that previously occupied coveted shelf space at bookstores.

The merger of sharing economy principles with the reach enabled by the public Internet allowed for the emergence of a particular class of platforms that sought to target entirely new kinds of stakeholders for their reimagined version of a multi-sided market. Firms such as Airbnb emerged to significantly disrupt the hospitality industry by allowing homeowners with spare capacity to monetize their space. A similar approach allowed the start-up Lending Club to develop a peer-to-peer model that not only enables the provision of loans at interest rates substantially lower than those offered by banks but also allows lenders to co-own a portfolio of peer-to-peer notes and earn returns higher than those offered by savings accounts or popular debt instruments.

In every one of the above examples, a digital platform administers the value exchanges occurring between multiple stakeholders, often on one platform. Uber has helped connect drivers and passengers all over the world, offering an alternative that has often manifested as a transition to entrepreneurship for many drivers. Airbnb did the same for homeowners, and Lending Club created an entire ecosystem of borrowers and lenders. A close examination reveals that such platforms are not only a new and innovative medium for the exchange of value but often focused on creating value where none was expected to exist.

What powers these platforms

A common challenge that every platform must contend with is the development of a keen ability to make sense of the information it needs to create a more efficient system. After several years of running and experimenting with decision-making algorithms for driver availability and pricing, today Uber boasts of managing a platform capable of conducting 5 million forecasts every minute to manage demand and supply, and it can dynamically price rides on a minute-by-minute basis. An advanced decision engine affords Uber the ability to fine-tune pricing mechanisms in a manner that benefits consumers, drivers, and the firm.

Platform strategies for the developing world

In addition to offering industry newer, more efficient means to conduct their business, platforms have had a similarly significant and positive impact on consumers and society. Successful platforms have made a name for themselves globally by consistently providing value to consumers, and many have created employment in previously non-existent sectors.

The stellar success of platform businesses over the last decade, especially in developing economies, has contributed significantly to economic growth from both the supply and demand sides. On the supply side, platform business models have facilitated the marketing, sale, and distribution of products and services, while on the demand side, the same platforms have demonstrated a robust ability to create demand by offering unprecedented value to consumers. Several studies have attempted to quantify the impact of such businesses and suggest that the payoff is significant, especially for developing markets. A 2017 study focusing on the impact of Rich Internet Applications in India, of which platform businesses are a significant part, revealed that the mere use of such applications created a consumer surplus of over $98 billion in the subcontinent (ICRIER 2017). Another study over the same period revealed the growth effects of Internet applications, many of which operated as platform businesses, to be equally significant. It revealed that the Internet economy could contribute up to $537.4 billion to India’s gross domestic product (GDP) by 2020. It also found that a 10% increase in global Internet traffic and global mobile Internet traffic led to GDP increases of 1.3% and 0.7%, respectively. For the subcontinent, these effects were determined to be even more significant at 3.3% and 1.3%, respectively (WIK and Broadband India Forum 2017).

The value creation power of platforms also extends to the creation of entirely new streams of revenue. The most common secondary use of data involves monetization through advertising, but many novel uses of the data collected by platforms are expected on the horizon as data rights are worked out and data markets develop globally.

Platforms are poised to provide immense value to developing countries all over the world. In many countries, such as India, platform businesses have grown at an accelerated pace and continue to capture the interests of a willing and able consumer base. Homegrown platforms, such as Ola, Zomato, MakeMyTrip, PayTM, Dunzo, and numerous others, compete aggressively with their international counterparts, such as Uber, TripAdvisor, Google, and Apple in the thriving Indian marketplace for platform-driven businesses.

All of the above are but a limited effort to illustrate the value creation potential held within platform businesses, which, when understood, must be identified and selected as worthy of pursuit by industry and the government.

Governments should recognize the potential of platform businesses and must craft local regulation that ensures robust competition and does not compromise the integrity of the free market. At the same time, platforms must recognize that local impositions may sometimes be warranted due to peculiarities and that working around such impositions must be a primary priority when entering new markets. Foregoing the benefit of the entry of even a single platform business, even if motivated by fears such as economic threats to domestic firms, the perceived exposure to national security risks and others must be viewed within the context of the economic value the platform would provide, and that with well-crafted regulation, conformance to local requirements can be accomplished with ease. Foregoing would for all intents and purposes be tantamount to leaving immense value on the table.
_____

← Macroeconomic stabilization in the digital age: What should policy makers be aware of?
Systemic power imbalances in responsible investments →