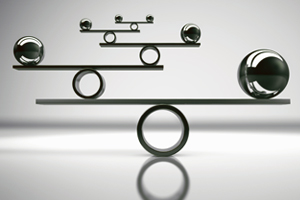 The rise of the digital age has created challenges for policy makers around the globe in managing their economies. Early work on this issue by Cecchetti (2002) noted that macroeconomic management becomes more complex in an environment of digitalization given shifting trend productivity and difficulties in estimating potential output. For emerging economies, these policy challenges have been exacerbated by the emergence of the digital finance revolution in the aftermath of the global financial crisis (GFC), i.e., when many emerging market economies were experiencing large and volatile capital flows. Innovations related to payments systems, maturity transformation, and the allocation of capital can hinder macroeconomic stabilization to the extent that they disrupt the efficacy of policy tools used to manage the economy. This article provides an overview of the main issues facing policy makers in the digital age, which was also the topic of a recent ADBI-SKBI/SMU conference which brought together leading experts from academia, international organizations, think tanks and central banks.1 It discusses the following key areas: (1) the growth of digital finance and implications for systemic risk; (2) the changing landscape regarding capital flow developments in the digital age; and (3) new challenges faced by central banks and financial supervisors.

First, advances in digital finance have led to a shift in financial intermediation away from traditional banks, with large technology firms increasingly providing financial services over the past decade. In addition, the involvement of so-called non-banks in liquidity transformation and leveraged lending creates financial vulnerabilities at the systemic level, and opportunities for regulatory arbitrage (Bank for International Settlements, 2019). These vulnerabilities are amplified given the interconnectedness of non-banks with the traditional banking sector. As well as this, competition from the traditional banking sector for deposits and funding may lead to excessive risk-taking. Therefore, while the ongoing diffusion of digital finance into financial intermediation activity can spur economic activity and promote financial inclusion, there may be scope for rising financial fragility and systemic risk.

Second, emerging market economies have had to deal with large and volatile capital flows in the post-GFC period. While these flows can have substantial benefits for economies in terms of growth and development, they can also pose risks to macroeconomic stability if not properly managed (European Central Bank, 2016). Where capital inflows lead to increases in the volatility of domestic consumption, currency and maturity mismatches, as well as boom/bust cycles in asset prices, achieving macroeconomic stability can be fraught with difficulty. In such an environment, new approaches to capital flow management and improving resilience to capital flow shocks become ever more important. The onset and growth of fintech and its implications for cross-border capital flows is an issue warranting consideration in this context. On the one hand, reductions in cross-border transaction costs via digital platforms have helped to improve the efficiency of global value chains (McKinsey Global Institute, 2019). However, the expansion in cross-border capital flow channels in the digital age places additional challenges on authorities in emerging markets in managing capital flows, with potentially greater exposure to monetary policy spillovers and negative externalities (Prasad, 2018).

Third, on challenges to central banks and financial supervisors, the growth of digital finance has implications for the monetary policy transmission mechanism and financial stability. The emergence of private, decentralized cryptocurrencies erodes the ability of central banks to affect the money supply. This has led to discussions by central banks globally on whether they should issue their own digital currency (BIS, 2018). While the scale of private cryptocurrencies is at the moment not at a level that would detrimentally affect macroeconomic stability and the conduct of monetary policy, there still remain questions as to how a central bank digital currency would affect traditional bank operations (particularly in times of financial crisis). Academic research indicates that a central bank digital currency would enhance the effectiveness of monetary policy to the extent that these currencies bear interest (Bordo and Levin, 2017). The ADBI-SKBI/SMU conference delved further into these issues, with discussions indicating that macroeconomic stability is enhanced when central bank digital currency bears an adjustable interest and that exchange rate fluctuations are more stable in this environment. This latter point is particularly important for central banks in emerging markets that may be subject to bouts of capital flow and exchange rate volatility.

Going forward, policy makers need to be aware of the increasing prominence of the digital economy and digital finance, and seek to understand better how continued digitalization will affect policies aimed at managing the economy. In particular, the effect of traditional fiscal and monetary policies for stabilization purposes may be less potent in an era of ongoing digitalization. This calls for national authorities to be vigilant of the effects of digital transformation, and to devise and implement additional targeted policies to aid stabilization, e.g., aimed at the non-bank sector. Finally, international policy coordination becomes increasingly important in such an environment.