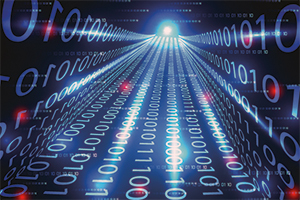 Going digital in Asia and the Pacific

Digitalization has transformed the global economy and had significant impacts on Asia and the Pacific, home to some of the world’s biggest and most advanced e-commerce markets, such as the People’s Republic of China (PRC), Australia, Japan, New Zealand, Singapore, and the Republic of Korea (Asian Development Bank and United Nations ESCAP 2018). However, not all countries in the region have taken advantage of the digital economy, and e-commerce is virtually nonexistent in some Pacific developing member countries (DMCs) (Asian Development Bank and United Nations ESCAP 2018: 9–10).1

At the same time, digital transformation has upended traditional business models and created new challenges for both indirect and direct taxes. However, developing a policy response has proven difficult, as illustrated by Indonesia’s recent revocation of its e-commerce tax regulation. Despite the Government of Indonesia’s justified rationale to “level the playing field between businesses that operate online and those offline”, the e-commerce tax has experienced strong industry pushback (Paine 2019). Similarly, on 20 March 2019,2 the Australian government announced its decision not to proceed with an interim tax measure for the digital economy3 and decided to continue its efforts with the Organisation for Economic Co-operation and Development/Inclusive Framework (OECD/IF) on base erosion and profit shifting (BEPS) multilateral process. Other countries that have pressed ahead with interim tax measures are increasingly facing the wrath of the United States (see Tankersley and Rappeport [2019] and Reuters [2019]).

A strategic workshop on taxation of the digital economy held on 2–4 July 2019 at the Asian Development Bank Institute in Tokyo brought together officials from 14 diverse economies in Asia and the Pacific to review the tax challenges facing the digital economy subject to different stages of development.

The scale of digital trade in Asia is larger than anywhere else in the world. This has exacerbated the challenges for value added tax/goods and services tax (VAT/GST) systems in the region, as technology has made it possible for online vendors to sell around the world. Against this background, DMCs are exploring ways to address the potential revenue losses and create a fair playing field for all traders.

The main challenges relate to: (i) the exemption threshold for imports of low-value goods; and (ii) the growth in cross-border, remotely delivered services and intangibles. To address these challenges, the Action 1 Report (OECD 2015) recommended the destination principle contained in the 2017 OECD International VAT/GST Guidelines, together with the VAT/GST mechanisms regarding the cross-border supplies of services and intangibles. Jurisdictions that have implemented these arrangements have increased their tax revenue. For example, from May 2017 to April 2019, Taipei,China collected $225 million of tax revenue on cross-border electronic services, and similar success has been reported in Australia (Bruce 2019).

In its Osaka declaration of 28–29 June 2019, the G20 endorsed the ambitious OECD/IF Programme of Work to develop a solution by 2020 that would require global engagement (OECD 2019). In seeking a solution for taxing highly digitalized businesses as well as the remaining BEPS issues, the OECD/IF employs a revised profit allocation and nexus rule and a global anti-base erosion proposal. Pillar One allocates more taxing rights to market or user jurisdictions based on user participation, marketing intangibles, or significant economic presence. In essence, Pillar One would provide market jurisdictions, including many DMCs, with new taxing rights over a portion of the business profits of non-resident multinational enterprises in the absence of a traditional physical presence.

Pillar Two provides jurisdictions with a right to “tax back” in the event where other jurisdictions with taxing rights do not tax or apply a low effective tax rate. The proposed measures introduce two interrelated rules: (i) an income inclusion rule that would operate as a minimum tax; and (ii) a tax on base eroding payments that would allow the source country to deny deductions or impose source-based taxation on under-taxed payments made to related parties, and to only grant treaty benefits if the income was sufficiently taxed. The proposals would de facto remove some of the political imperatives for countries to engage in the race to the bottom in their bid to poach investors with favorable tax regimes (OECD 2019: 26).

Sixty percent of the Asia and the Pacific region’s gross domestic product will stem from digital products and services by 2021 (International Data Corporation 2018), though many countries remain unprepared for the digital era.

In response to the Asian Development Bank’s regular International Survey on Revenue Administration, revenue bodies in the region have listed VAT fraud, BEPS practices, domestic tax avoidance, and e-commerce-related transactions as the highest-priority compliance risk areas (Asian Development Bank 2019). While some DMCs have strengthened their tax systems, others still need to review their legal basis for doing so, and a few have yet to commit to the new international standards for the exchange of information and IF.

Considering the major implications of the OECD/IF Programme of Work to the region, it is crucial that all economies align the new international taxation rules with the specific needs of developing countries. Recent revelations by the International Consortium of Investigative Journalists on the Mauritius Leaks4 highlight how BEPS practices adversely affect developing countries’ ability to mobilize domestic revenue—and the way to recapture this loss is for countries to act in concert.
_____

1 See also the Networked Readiness Index prepared by the World Economic Forum.
2 The consultation was based on a Treasury Discussion Paper by the Commonwealth of Australia (2018).
3 See the media release of Josh Frydenberg MP, Treasurer of the Commonwealth of Australia, “Government response to digital economy consultation,” 20 March 2019.
4 Available at: https://www.icij.org/investigations/mauritius-leaks/

Sissie Fung is a Consultant (Tax Policy Specialist) at the Asian Development Bank.
View all posts by Sissie Fung →

One Response to Bridging the digital tax divide in Asia