Mergers and acquisitions and corporate innovation 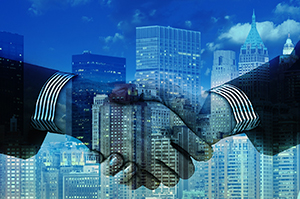 Technological innovation represents modern corporations’ endeavors to develop and accumulate knowledge, and it has long been recognized as a catalyst for economic growth and productivity increase (Solow 1957; Romer 1986; Aghion and Howitt 1992) and as a key factor in the competitive advantages of nations (Porter 1998). My recent review (Li 2017) provides both theoretical perspectives and empirical evidence on the relationship between mergers and acquisitions (M&A) and corporate innovation activities. It also identifies relevant policies implemented by countries around the world to encourage corporate innovation activities and discusses the experiences and lessons that policy makers and practitioners in Asia can learn from. Finally, it makes policy recommendations for promoting innovation in both emerging and developed economies in Asia at their respective stages of development.

In terms of theoretical perspective, there is a vast literature on the determinants of vertical integration. Yet, only recently, a number of papers have started to examine vertical integration from a technological perspective (Acemoglu et al. 2010; Guadalupe, Kuzmina, and Thomas 2012; Phillips and Zhdanov 2013; Frésard, Hoberg, and Phillips 2016). These models generally predict that there are important differential effects of realized innovation (i.e., patents) and unrealized innovation (i.e., R&D) on firm integration decisions and that M&A market activity in turn affects firms’ innovation incentives and R&D activities.

Empirically and primarily based on United States (US) data, Bena and Li (2014) examine both the ex ante selection effect of corporate innovation activities on merger incidence and pairing and the ex post treatment effect of M&A on corporate innovation activities. Using a large and unique patent-merger dataset for the period 1984–2006, the authors find that companies with large patent portfolios and low R&D expenses are acquirers, while companies with high R&D expenses and slow growth in patent output are targets. Further, technological overlap between firm pairs has a positive effect on transaction incidence, and this effect is reduced for firm pairs that overlap in product markets. Finally, the authors also show that acquirers with prior technological linkages to their target firms produce more patents afterwards. This provides strong evidence that synergies obtained from combining innovation capabilities are important drivers of acquisitions.

Outside the US, evidence on the effect of M&A on innovation output is mixed. Sun (2014) studies the impact of acquired technology on the innovation performance of Chinese firms and shows that there is significant improvement in the average growth ratio of acquirers in patent applications over the 5-year post-merger period compared to the 5-year pre-merger period. In contrast, Vyas and Narayanan (2016) ask whether M&A matters for R&D using evidence from the pharmaceutical sector in India. They find that M&A is associated with significantly lower post-merger R&D intensity (i.e., R&D expenditures/net sales).

In summary, the evidence from the US and around the world is loud and clear that M&A can be used to outsource corporate R&D and strengthen firms’ innovation efforts as long as there is great complementarity between organic innovation and acquired innovation.
_____

← Obesity in Pacific Island countries and territories: How big a problem is it?
International remittances and poverty reduction →