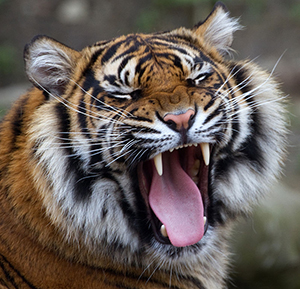 The “middle income trap” captures the situation where a middle income country can no longer compete internationally in standardized, labor-intensive commodities because wages are relatively too high, and it can also not compete in higher value added activities on a broad enough scale because productivity is relatively too low. The result is slow growth, stagnant or falling wages, and a growing informal economy.

Insufficient development of domestic productive capabilities is at the heart of the predicament for middle income countries—and comprehensive advancement of domestic innovation capabilities is the basis for moving forward. The current globalization process has made it more challenging for middle income countries to narrow the capabilities gap because they have less time to do so (Paus 2017, 2014; Whittaker et al. 2010). Engendering innovation on a broad scale is a complex process and requires time for learning, in the production process (Amsden 2001; Cimoli et al. 2009) and in building the necessary institutional structures that can enable and support innovation (Doner and Schneider 2016). But the time available to achieve competitiveness in higher value added activities has become compressed as more players are competing in international markets, technology is changing faster, and the People’s Republic of China’s ability to punch above its weight in innovation has increased the pressure on other middle income countries.

Since most countries in Latin America have been in the middle income category for decades, their experience offers important policy lessons for avoiding the middle income trap. Over the past 70 years, Latin American countries have generally followed two different development strategies. Under the state-led strategy (roughly from the end of World War II until the early 1980s), governments supported firm learning for productive transformation with import tariffs and quotas, subsidized credits, and investments in education and infrastructure. The result was diversification, economic growth, and the development of an incipient innovation system. Yet, the main flaw of the model was the absence of performance requirements that would have forced companies to become internationally competitive. With the external debt crisis of the early 1980s, international organizations pressured governments to change to a market-led strategy, the so-called Washington Consensus, with widespread market liberalization, the reduction or elimination of government subsides, privatization and reduced public investment, and an open arms approach to foreign investment.

The market-led strategy has led to dismal productivity growth, rapid de-industrialization with a concomitant rise of the informal sector, a decline in export sophistication in nearly all countries, poor innovation performance, and underinvestment in the social capabilities needed for broad-based upgrading within and across sectors. Latin America’s experience of the past 30 years shows that

To avoid being trapped at the middle income level, the development strategy for middle income countries has to focus squarely on the promotion of domestic innovation capabilities in a systemic way. The implementation of such a strategy requires a renewed focus on active policies for productive transformation, greater innovation in existing sectors, and support for reallocation toward higher productivity sectors.

Innovation has to be a collective process where public and private actors interact and collaborate, initiatives have to complement each other, and the macro and micro incentives have to support innovation rather than discourage it. Local firms develop capabilities by learning in the production process and through internal research and development efforts as well as through interactions with other key actors in the economy: other domestic firms, foreign firms, research institutions, and universities. The meso and macro contexts have to make learning-by-doing at the micro level possible. This means that social capabilities have to evolve so that firms have the requisite information about technology and markets, access to funding and the needed qualified personnel, and possibilities to collaborate with other firms or research entities in the innovation process. And the relative price and support structures have to be such that they make the risk-taking of innovation not only possible but also necessary.

The government may need to play a catalytic function where private sector risk is high and the coordination of networked agencies and activities is important. Block (2011) and Mazzucato (2013) describe in detail the critical role United States government agencies and policies have played over the past 50 years in advancing innovation in new areas. The possibility of creating political coalitions to advance a pro-active, innovation-focused strategy is one of the most critical factors in determining whether a middle income country can avoid the capabilities trap.

The middle income trap is not inevitable. Just as policy choice was an important factor behind economies facing the trap, a change in the policies is the way to escape from the trap.
_____

One Response to Escaping the middle income trap: Innovate or perish