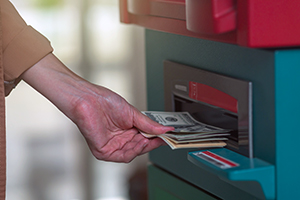 The coronavirus disease (COVID-19) outbreak has transformed the global monetary policy landscape. The sharp global economic slowdown caused by the spread of the virus and the various countermeasures embarked on by governments under states of emergency (such as quarantines, policies to restrict mobility, school closures, and restrictions and limitations on business operations) prompted many central banks to implement substantial monetary easing from March 2020 along with massive ﬁscal stimulus measures. As a result of these measures, a growing number of central banks have faced the effective (or zero) lower bound or approached it in their policy rates.

Central banks in the eurozone, Japan, and the United States (US) have scaled up quantitative easing (QE), i.e., the large-scale purchase of financial assets such as treasury securities, while negative interest rate policies have been maintained in the eurozone and Japan. The Bank of England resumed QE as its policy rate dropped to nearly 0%, and the bank allowed an extension of the government’s existing overdraft facility amid growing financing needs and pressures in the short-term funding markets. Among developed economies, central banks in Australia, Canada, and New Zealand faced the effective lower bound in March 2020 and initiated QE. Central banks in Brazil, Chile, Columbia, Hungary, Indonesia, the Philippines, Poland, the Republic of Korea, Romania, South Africa, and Turkey have also adopted QE, despite some still maintaining relatively large positive interest rates. Meanwhile, yield curve control, which has been used as an unconventional monetary easing tool in Japan since 2016, is being used by the Reserve Bank of Australia and is currently under examination by the US Federal Reserve, although the US and Australian central banks are both focusing on stabilizing a shorter yield compared to the 10-year yield chosen by the Bank of Japan.

Given this background, unconventional monetary easing tools are no longer unique to developed economies facing the effective lower bound. These tools might in fact become conventional as they have already been used for long periods in the eurozone and Japan and are likely to be used for some time by many other central banks. It is, therefore, worthwhile for central banks around the world to prepare to examine the pros and cons of various unconventional monetary easing tools. A new ADBI book written by Sayuri Shirai provides timely and useful information for central banks, starting with a comprehensive introduction on the experiences of the eurozone, Japan, and the United States after the global financial crisis of 2008 that was triggered by the Lehman Brothers collapse. One corollary is that the boundary between monetary easing and fiscal stimulus has become blurred, which may place the principle of central bank independence as a secondary issue. The book goes on to examine and review recent policy measures and coordination efforts, including expansionary ﬁscal policy, helicopter money (the monetization of ﬁscal deﬁcit), and modern monetary theory. It also offers insights into new monetary policy frameworks that could become alternatives to existing ﬂexible inﬂation targeting frameworks, such as average inﬂation targeting, price-level targeting, and nominal gross domestic product targeting, in light of the long-standing underperformance of inflation in some advanced economies relative to their 2% price stability targets.

Another drastic change observed amid the COVID-19 health crisis is the growing demand for cashless payments. Contactless payment tools allow transactions to be carried out without person-to-person contact, such as by waving a card near a reader. Greece, Ireland, Malta, Poland, Turkey, and the United Kingdom, among others, have raised the spending limit for contactless card payments to help consumers shop more quickly and conveniently, but also to meet consumers’ demand for using these payment tools to protect themselves from COVID-19. In April, Thailand’s central bank announced to the public that those concerned about the contamination of banknotes could wash them with mild detergent or soapy water. Meanwhile, the central bank of the Republic of Korea announced in March 2020 that banknotes would be quarantined for 2 weeks to remove any traces of the virus and stated that some notes would be burned. While the World Health Organization and many central banks have emphasized that there is no scientiﬁc evidence relating the increased spread of the virus with the use of cash, it is yet to be seen whether the pandemic will have a long-term impact on the general public’s preferences. The impact of such a change in preferences could dominate that of the cash demand spurred by reduced interest rates if it takes longer for the world to recover from the COVID-19 crisis.

Shirai (2020) also sheds light on the development of cash in circulation, noting the role of cash as the oldest and, until now, the most useful instrument for small purchases and other transactions. The book highlights the concepts and features of central bank money and private money (i.e., bank deposits) and examines the development of crypto assets, an emerging form of private money that includes “stablecoins” and Facebook’s Libra, which was announced in June 2019.

In parallel with existing central bank money, central bank digital currency (CBDC) is gaining increasing attention. If a decline in cash in circulation happens as a result of increasing and sustained demand for contactless private money, as it has in Sweden and Norway, central banks might be obliged to issue CBDC as an alternative and safe liquid central bank money. CBDC proposals, which can be divided into retail CBDC for the general public and wholesale CBDC for ﬁnancial institutions, could provide new alternatives to cash payments but could also threaten commercial banks through a loss in retail deposits and pose a new type of risk to central banks.

Central banks are working to examine and devise new measures and frameworks to address a range of global challenges amid a rapidly changing landscape. Growing Central Bank Challenges in the World and Japan aims to provide useful insights for readers who are interested in the current state of monetary policy and stimulate discussion on the emerging developments for central banks.
_____

Sayuri Shirai is a visiting fellow and advisor for sustainable policies at ADBI, a professor of economics at Keio University, and a former policy board member at the Bank of Japan.
View all posts by Sayuri Shirai →