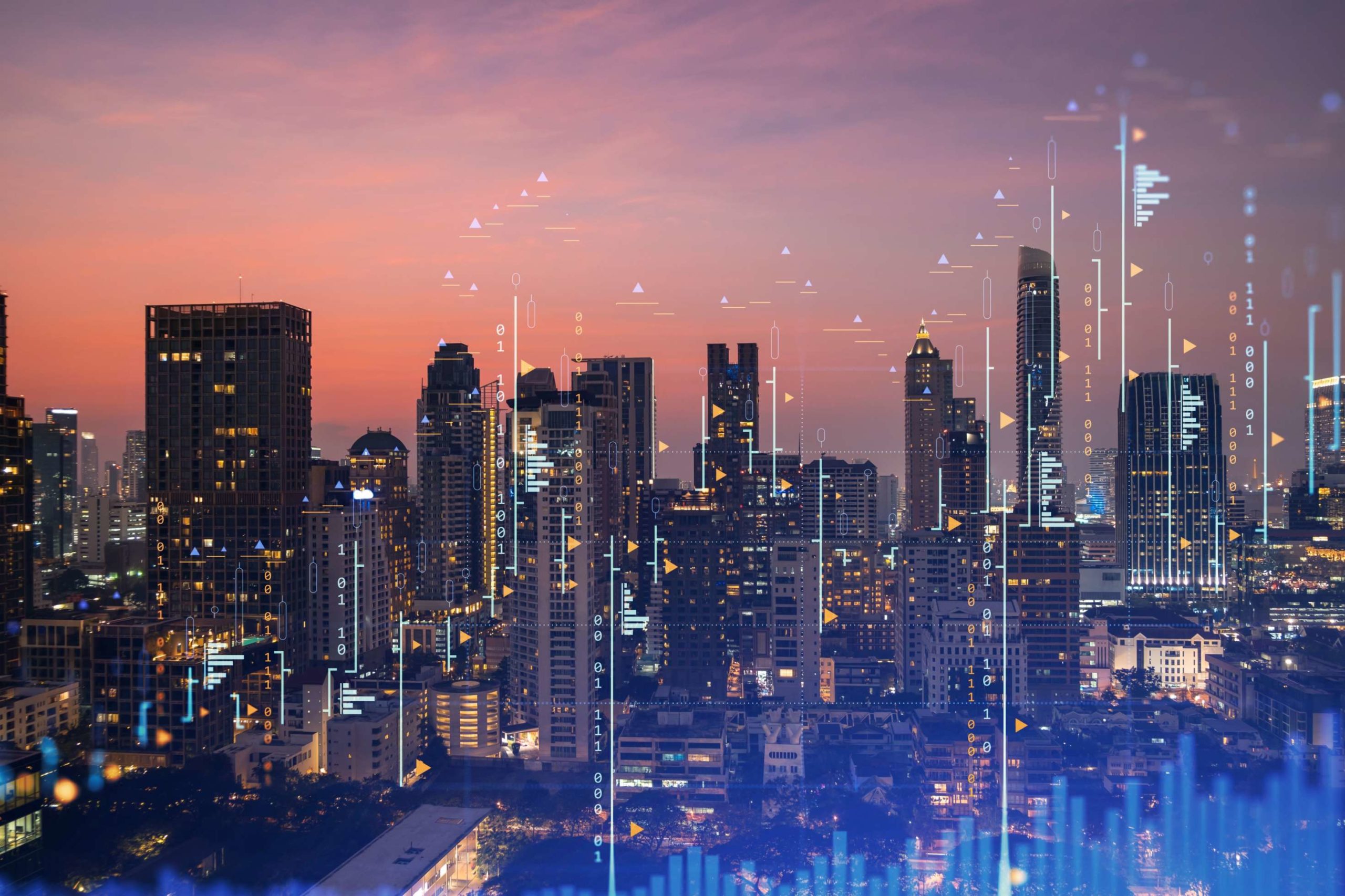 Central banks in some emerging market economies engaged in quantitative easing during the coronavirus disease (COVID-19) pandemic by buying domestic government bonds. These asset purchase programs (APPs) were aimed at reducing bond yields, thereby supporting the stability of emerging economy financial markets (EMEs) (International Monetary Fund 2020; World Bank 2021; Asian Development Bank 2021). Drawing on a forthcoming paper by Beirne and Sugandi (2022), we examine the effectiveness of the monetary policy transmission mechanism of the APPs on bond spreads, both in terms of magnitude and duration over a time horizon. The impact on exchange rates is also assessed. While the study by Beirne and Sugandi (2022) examined all 14 EMEs globally that engaged in pandemic-related quantitative easing, this article focuses on the four Southeast Asian central banks that implemented such operations: Indonesia, Malaysia, Thailand, and the Philippines. In addition, a counterfactual assessment is conducted to assess the additionality of the APPs.

Central bank claims to the central government are used as a proxy indicator of APPs, given that actual purchase data are not publicly available. These claims increased sharply relative to pre-pandemic levels, and the growth rate of the claims is assumed to be an adequate approximation for actual asset purchases. This approach is superior to using a dummy variable for APPs, which is also consistent with our findings but fails to capture the intensity of quantitative easing purchases. The empirical work shows that APPs had a statistically significant dampening effect on bond yield spreads during the COVID-19 pandemic. To quantify the additionality of an APP in terms of transmission to bond spreads (i.e., 10-year government bond yields relative to those of United States Treasuries), the actual bond spreads were compared to spreads that would have prevailed under a scenario without an APP. The “no APP” scenario assumes a trajectory of bond spreads based on pre-pandemic fundamentals (Figure 1). 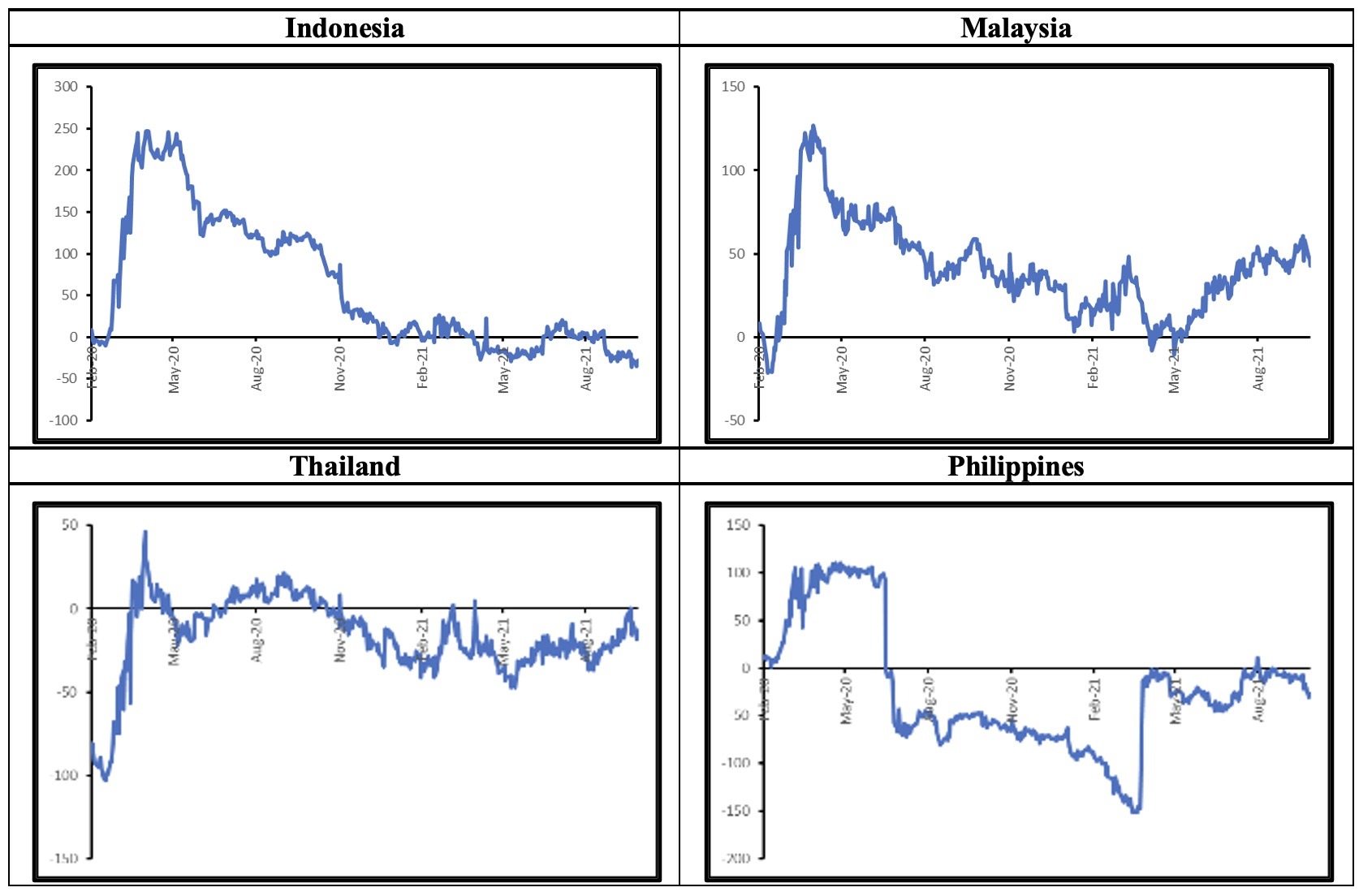 Note: Reported is the difference between the actual bond spread and the bond spread implied by pre-pandemic fundamentals over the period 1 January 2010–28 February 2020. Where the actual spread is lower, denoted in the chart as a negative gap, then the inference is that the asset purchase program was effective in compressing the bond spread.

We find that APPs had varying degrees of bond market additionality across the four Southeast Asian economies in our sample. For Thailand and the Philippines, we observe that actual spreads would have been higher without the APPs, while this effect takes time to materialize. The evidence supporting APP effectiveness on this basis is less prevalent in the cases of Indonesia and Malaysia. To examine the impact more rigorously, we estimate a series of country-specific vector autoregression regression models over the period 7 January 2010 until 1 September 2021. The responses of bond spreads, as well as exchange rates, to shocks emanating from the APPs are shown in Figures 2 and 3, respectively. 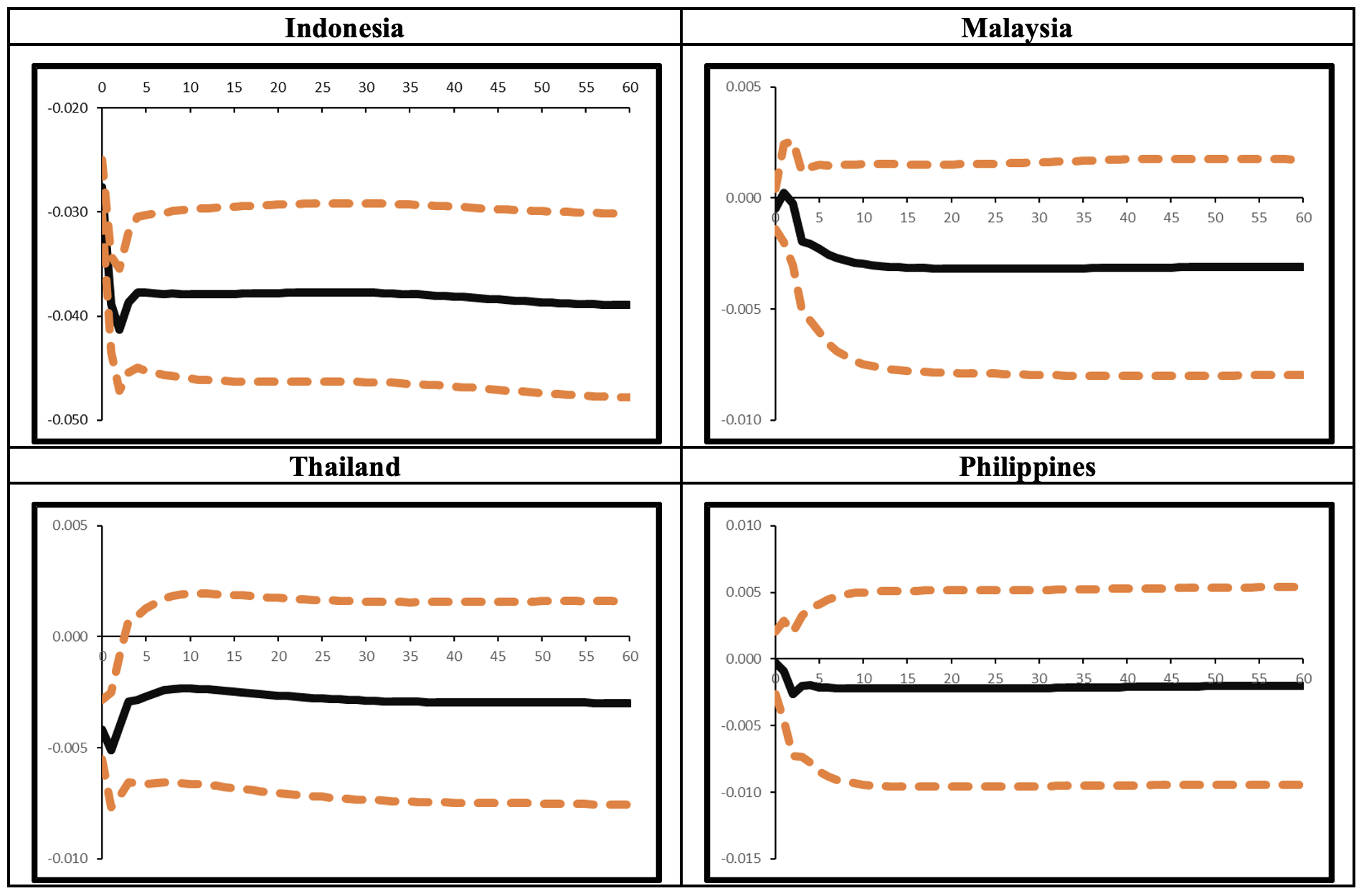 Note: Reported are the impulse-response functions based on a 1 standard deviation shock imposed on the APP. The dotted lines represent 95% confidence intervals. The vertical axis represents percentage points, while the horizontal axis refers to the number of days. 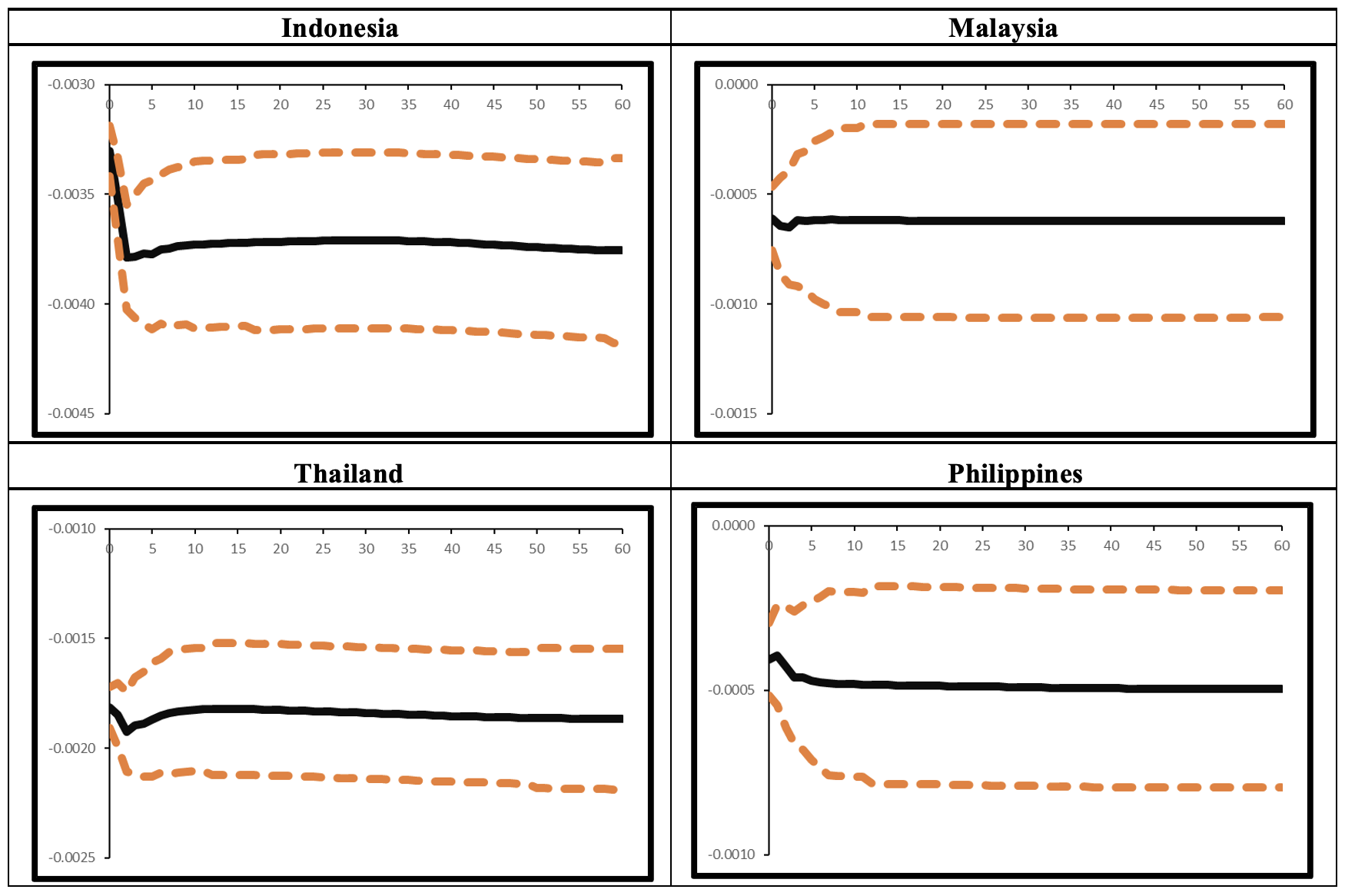 Note: Reported are the impulse-response functions based on a one standard deviation shock imposed on the APP. The dotted lines represent 95% confidence intervals. The vertical axis represents percentage points, while the horizontal axis refers to the number of days.

Improved institutional development and central bank credibility in the economies in our sample, particularly since the global financial crisis, are important factors underpinning the effectiveness of the APPs. Ample liquidity and higher levels of financial development in the period since the global financial crisis have also contributed to the improved functioning of financial markets in the four economies, thereby supporting monetary policy transmission.

Overall, the evidence suggests that bond spread compressions due to central bank APPs are persistent, while significant stabilizing effects are found on exchange rates. Further analysis in the paper by Beirne and Sugandi (2022) shows that the APPs also helped to temper capital flow volatility during the COVID-19 pandemic, while no significant effect was found on inflation expectations. This latter point is particularly important from a monetary policy perspective. The quantitative easing measures were effective in their objective, to varying degrees, of relieving pressure on long-term bond yields and supporting stability in asset markets, while also not aggravating the medium-term inflation outlook.

A similar version of this article appears as a box in the June 2022 edition of the Asian Development Bank’s Asia Bond Monitor.

Eric Sugandi is a project consultant at ADBI.
View all posts by Eric Alexander Sugandi →
← How to meet Asia’s post-COVID-19 water and sanitation investment needs
Protecting victims of climate-induced migration and displacement in South Asia →