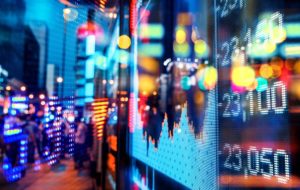 With an improved growth outlook in the United States (US) in the second half of 2021 as the economy recovers from the coronavirus disease (COVID-19), in part related to the substantial fiscal stimulus in the US introduced at the start of 2021, the Federal Reserve (Fed) is on course to slow down its asset purchases program, or so-called quantitative easing (QE) tapering. This has sparked fears of sharp capital outflows from emerging market economies (EMEs) and currency depreciations, as occurred during the “taper tantrum” episode of May 2013. At that time, emerging markets reacted abruptly to the announcement by the Fed that it may wind down its quantitative easing program, signalling tighter monetary policy (Sahay et al. 2014). Bond yields rose in the US by around 100 basis points over the 3-month period from the Fed’s announcement in May 2013, with severe repercussions by markets on the EMEs with the largest current account deficits, namely Brazil, India, Indonesia, South Africa, and Turkey. EME asset markets in Asia and elsewhere suffered losses as investor risk aversion rose. This article considers the implications for emerging Asia of another potential US QE tapering in 2021–2022.

The dominant role of US monetary policy in affecting global financial market conditions is a well-established strand of the international finance literature, given the position of the US as the world’s largest economy, as well as the role of the US dollar as a global reserve currency and its importance in international invoicing in trade and investment (e.g., Obstfeld [2020]). Other studies examining the role of US monetary policy as a propagator of shocks in foreign asset markets include Georgiadis (2016), Aizenman, Chinn, and Ito (2017), and Apostolou and Beirne (2019), which also highlight the reliance of emerging economies on US dollar-denominated debt as an important transmission channel.

On capital flow dynamics, Rey (2013) shows that fluctuations in asset prices and capital flows across countries are underpinned by a common factor that correlates strongly with global risk aversion in financial markets and is driven by US monetary policy (see also Miranda-Agrippino and Rey [2020]). While there are some broad similarities with global financial conditions in the period prior to the 2013 taper, such as investor risk appetite (which has recovered during 2021 after the initial drop at the onset of the pandemic), underpinned by accommodative advanced-economy monetary policies, there are three main reasons why we should not expect a similar reaction in EMEs this time round.

First, the Fed has been much more transparent in signalling its expected monetary policy path, communicating well in advance of major policy shifts and, as a result, mitigating sharp financial market disturbances. The Fed has emphasized that any scaling back of bond-buying this time would be carried out in a gradual and smooth manner. By contrast, the Fed’s announcement in May 2013 surprised markets. In addition, the Fed has been very clear this time round that interest rate rises are not foreseen in the short term and would be underpinned by a separate, more stringent test linked to full employment and above-average inflation. Moreover, the Fed’s new “average inflation targeting” framework, which was announced in August 2020, allows for further expansion of the economy before raising interest rates and can permit inflation to overshoot for a period to compensate for business cycle effects. In addition, with the decision to taper underpinned by the growth outlook rather than concerns about a de-anchoring of inflation expectations, EMEs may be less exposed: the benefits of higher US gross domestic product (GDP) through increased import demand from its trading partners and increased investor confidence could mute or even outweigh the costs of higher bond yields (see Hoek, Kamin, and Yoldas [2021]).

Second, Asian EMEs have stronger economic fundamentals compared to 2013, including larger foreign reserves to draw on, enabling them to counteract depreciating effects on domestic exchange rates. The real effective exchange rate (REER) is calculated as being undervalued relative to historical averages in Indonesia, Malaysia, and Thailand compared to the pre-2013 taper period (see Figure 1, left-hand panel). In the Philippines, the exchange rate remains overvalued but less overvalued than in the pre-2013 taper period. India’s recent currency strength reflects sharp capital inflow surges, while its substantial external financing needs in the pre-2013 taper period contributed to its currency valuation at that time. In the aftermath of the 2013 taper tantrum, the currencies that suffered the most were the ones that had appreciated sharply in real terms during QE (e.g., Aizenman, Binici, and Hutchison [2016]; Eichengreen and Gupta [2015]). Sharp appreciations have, on the whole, not been seen this time round, also related to more muted capital inflow developments. Moreover, local currency bond markets have continued to develop in emerging Asia since 2013, while the share of external debt denominated in US dollars has declined. In addition, inflation in emerging Asia is much more benign than it was in 2013, while credit growth is at a more sustainable level overall. It is also worth noting that real interest rate differentials in emerging Asia relative to the US are now higher than in the pre-2013 period, thus protecting the capital account.

Third, the pandemic has contributed to shifts in the balance of payments positions in emerging Asia, which reduce the risk of sharp capital outflows. While the region was subject to sharp capital outflows at the onset of the COVID-19 shock in 2020 (e.g. Beirne et al. [2021]), net capital inflows returned by the end of 2020 and during 2021, but at levels much more subdued than in the pre-taper period of 2013, thus reducing exposure to external financial shocks (see Lanau, Fortun, and Hilgenstock [2021]). Moreover, as imports have declined substantially due to the pandemic, the current account balances for deficit countries have moved further toward surplus in emerging Asia, as shown in the right-hand panel of Figure 1, implying less vulnerability to capital flight, particularly where short-term financing was used to fund current account deficit positions.

While there is less of a concern about another taper tantrum in emerging Asia, the region remains vulnerable to the risks linked to further surges in COVID-19 cases and the slow deployment of vaccines, which would weaken the growth outlook. Commodity price rises also entail risks for commodity exporters in terms of inflation expectations and commodity importers in terms of consumption. Some Asian central banks have also engaged in QE by buying local currency government bonds in the primary market. A well-communicated strategy to markets, particularly on exit, is central to the effectiveness of this financing of the fiscal deficit to reduce the risks of de-anchoring inflation expectations and compromising central bank independence. Finally, higher debt levels due to the pandemic increase exposure to potentially tighter financial conditions and higher debt-servicing costs, with debt rollover vulnerabilities in some local currency government bonds that were purchased at short maturities and corporate debt denominated in US dollars.

Miranda-Agrippino, S. and Rey, H. 2020. US Monetary Policy and the Global Financial Cycle. The Review of Economic Studies, 87(6): 2754–2776. https://www.restud.com/paper/us-monetary-policy-and-the-global-financial-cycle/

John Beirne is a research fellow at ADBI.
View all posts by John Beirne →