Taxation and digitalization in the COVID-19 era 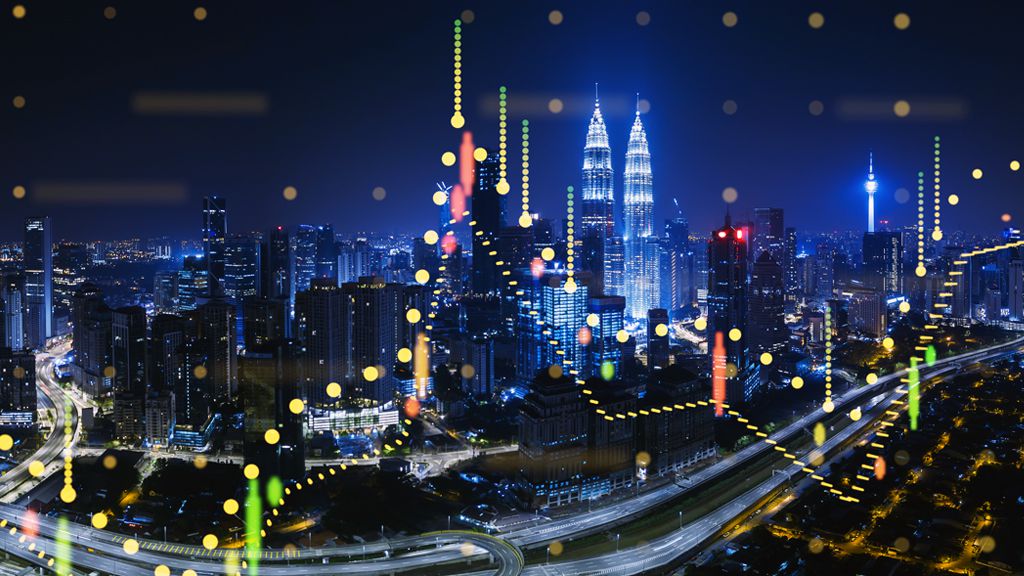 The coronavirus disease (COVID-19) pandemic has created challenges for tax administrations and is constraining tax revenue in many countries. Its impacts have caused the global economy to slow down, leading to reduced tax collection. However, the pandemic has also changed social habits and encouraged people to use digital technologies.

Discussions on taxation in the digital economy were raised long before the pandemic enforced the use of digitalization, in particular in 2015 when the Organisation for Economic Co-operation and Development (OECD) issued the Base Erosion and Profit Shifting report at the request of the Group of Twenty (G20) countries (OECD 2015). The debate ranged from the nature of the digital economy that does not recognize physical presence (permanent establishment), which countries would be given the right to tax the income of multinational digital companies, the difficulty for tax administrations in collecting value-added tax on cross-border trade in services and intangibles due to the anonymity and difficulty of digital companies in the absence of a paper trail, and determining the amount of taxation (Juswanto and Simms 2017). For Asian developing member countries, the challenges are also exacerbated by the existence of the relatively sizeable informal economy, which weakens the revenue base.

The rise of the digital economy comes with great potential alongside great risks. In terms of its contribution to economic growth, a new technology can be expected to boost economic activities in Association of Southeast Asian Nations countries by 4%–12% of their gross domestic product (Juswanto and Simms 2017). This potential cannot be ignored—governments should not ring-fence it and should instead embrace digital development for economic growth and find a conducive way to harness the benefits to increase tax collection. Governments and policy makers should harness digitalization to improve tax administration and revenue and address the challenges through collective action, both nationally and internationally.

Development and implications of digital technologies in Asia and the Pacific

Asia and the Pacific has experienced a broadening of access to basic digital services in recent years, but the region is also at the forefront of digital innovation. Many countries have recognized, for instance, the potential benefits artificial intelligence (AI) and machine learning can bring and have instigated policies to support their development. Some economies have taken a broad approach, such as the National AI Strategy in Singapore, or the National AI Framework in Malaysia (International Institute of Communications 2020). Other economies have taken a sector-specific approach in order to upgrade industries and create national markets for AI. This has been the case with Australia’s Technology and Science Growth Plan and the People’s Republic of China’s Artificial Intelligence Industry Innovation Alliance, among others. The region also spent around $523.8 million in 2019 on blockchain development (Digital Centre 2020). Examples of blockchain use include the Monetary Authority of Singapore’s multi-currency payment platform since 2019 and the Indonesian start-up HARA’s blockchain-based data exchange for the food and agriculture sector (Digital Centre 2020). With reports suggesting that investment in blockchain are planned to hit $2.4 billion by 2022 (Digital Centre 2020), Asia and the Pacific is expected to play a major role in further advancing digitalization and pioneering new technologies. This can be seen in Figure 1, which depicts an increasing trend in two key ICT indicators, individual Internet users and the number of mobile or cellular phone subscriptions. Between 2013 and 2018, the Asia and Pacific region achieved the fastest growth in e-commerce sales, with its share in the global market increasing from 23% to 37% (OECD 2019).

Figure 1: Evolution of Key ICT Indicators in Asia and the Pacific 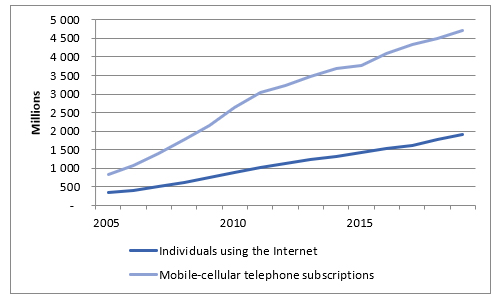 The Asian Development Bank Institute recently hosted an event highlighting the importance of this agenda for the Asian Development Bank’s developing member countries. Experts discussed the challenges governments face in revenue collection in the digital era, what it will take for governments to maximize their domestic resource mobilization, and how international and multilateral approaches can help countries to make fair solutions. While digitalization can create problems for revenue authorities, it can also provide opportunities through advanced digital solutions. Tax administrations are able to take advantage of developments in AI, robotics, blockchain, and big data, plus many other advances in technology, to secure better outcomes for governments and taxpayers in the administration of the tax system. Participants at the event noted that for the public sector, digital capabilities should be considered as building blocks for improved service delivery as well as greater transparency and accountability.

Four key takeaways can be summarized from the discussions on taxation in the digital economy.

The first takeaway is the need for the inclusion of digital businesses in tax administration through a comprehensive tax framework. Case studies highlighted the lack of collective action or a unified framework to tackle the issue among Asian countries. Including digital business and online transactions in tax frameworks will undoubtedly increase the tax base and provide additional revenue for governments.

Second is the need to develop digital infrastructure to ensure high-quality and equitable services. The framework and infrastructure should address social inclusion, such as digital literacy and access to digital services for low-income households and the elderly. Quality ICT infrastructure and the adoption of technology are critical for transformation and for reducing the gap between rural and urban levels of development.

The third takeaway is the importance of addressing concerns over data security as digital services take an increasing role in our everyday lives. This issue is especially relevant for tax administration, as government agencies may gather and store personal information on a large scale, potentially becoming a prime target for hackers. With the recent security breaches in cryptocurrencies, there are concerns for security if tax administrations were to use blockchain. Furthermore, data security is closely linked with governance—corruption and the exchange of favors among public officials could also endanger personal data security. Such actions could further jeopardize the public’s trust in the administration and make the digitalization of tax administration less effective.

Finally, it is essential to have a platform of cooperation between developed and emerging economies in the region. This is especially important as Asian developing countries, in general, are not actively participating in the crafting of the OECD’s global framework for digital taxation. Case studies from emerging economies highlighted challenges that are not necessarily present in developed countries, such as the centrality of the informal economy in tax administration challenges or whether new technologies can help solve this issue at an affordable cost.

The Asian Development Bank has been working on creating a regional hub that can allow for an open and inclusive platform for developing awareness, opening strategic dialogue, promoting country-specific solutions, and supporting the automation of administration through domestic resource mobilization and international tax cooperation. This platform is to facilitate dialogue and discussions among stakeholders in Asia and the Pacific and bring developing countries’ perspectives to the discussions on international tax cooperation in the digital economy.

Nella Hendriyetty is a senior capacity building and training economist at ADBI.
View all posts by Nella Sri Hendriyetty →

Aline Mortha is an MA student at the Graduate School of Economics, Waseda University, Tokyo.
View all posts by Aline Mortha →

Sarawati Uphadaya was formerly a capacity building and training associate at ADBI.
View all posts by Saraswati Upadhaya →