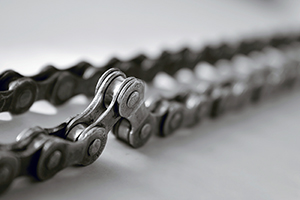 The international regulatory instruments in international trade boast a remarkable story of evolving sophistication. Their transformation from voluntary export restraint agreements showed that the world trade system was poised to keep pace with rapidly expanding trade ties and diversifying supply chains. To keep the reins on an increasingly dynamic global trade system, the General Agreement on Tariffs and Trade (GATT) sought to formalize instruments that would help keep trade balanced and fair by isolating international trade from government intervention, in alignment with the economic thinking of the period: neoliberal convergence. A few of the most important of these instruments, such as Article VI of the GATT and the Anti-Dumping Agreement, were rebuffed in their interpretation and implementation through the Tokyo and Uruguay Rounds between 1973 and 1994. Unfortunately, they served to put the newly industrialized countries (the proverbial “tiger economies”) and BRICS at odds with highly liberal economies that wanted a more competitive and level playing field. The result was that the instruments of trade defense became more entrenched in nations’ arsenals of international political weapons for use as retaliatory trade enforcement measures for non-trade purposes.

That is not to say, however, that the international trade system has been completely mired in these processions. Several positive developments have taken place that have addressed other critical aspects of international trade, such as technical barriers to trade and sanitary and phytosanitary measures, and served as a reminder of the complexities of a relentlessly diversifying system of trade. Trade policy, should it be well-informed, must keep these complexities in mind.

Yet come 2017 and 2018, the world bore witness to a regression of this regulatory system back to those dark ages of retaliatory implementation. In such times, the World Trade Organization (WTO) and its members must find ways to rise above the challenge and seek innovative ways to ensure that the instruments of international trade law remain relevant and adaptive to the challenges of the present and the future. This need not necessarily be on the magnitude of creating new instruments. Rather, it may instead call on the need to revisit the WTO and its potential role in trade governance.

Learning from the past

Recent developments concerning the application of tariffs and inciting of a trade war break the recursive logic of a retaliatory or repeated game. A tariff may lead to an anti-dumping investigation and then perhaps to a countervailing subsidy, and the enclosed nature of the retaliatory feedback is such that a trade action will evoke a trade response. However, in these circumstances, a motive not related to trade is the basis of the initial trade action. This form of interaction is reminiscent of the anti-dumping measures filed between 1980 and 1998, many of which were motivated by political objectives rather than attempts to level the playing field (Prusa and Skeath 2002), the objective for which such instruments were invented. From 2002, new users of anti-dumping measures embraced international trade regulation upheld by the WTO in order to protect themselves from the traditional users of anti-dumping measures, like the United States (US) and the European Union (EU), which were more inclined to exhibit this behavior.

The result of this politicization of international trade regulation has been none other than to stunt the evolution of the system itself. This once dynamic system has become stagnant and regressive, ensnared by the economic systems (or the people who lead them) that cling zealously to stylized assumptions concerning economic growth.

Minimizing the environmental impact arising from trade and the production of traded goods in relation to the use of some of the main instruments provided by the WTO, such as anti-dumping, is one area where trade defense remains critically underdeveloped. Retaliatory trade defense serves as a direct reminder of this stark absence, where government initiatives to reduce greenhouse gas emissions from production have become mired in unfair trade investigations via the WTO. The Jawaharlal Nehru National Solar Mission, for instance, became ensnared in retaliatory trade enforcement actions at the behest of the US Trade Representative (USTR), which filed a complaint against the Indian government for imposing domestic content requirements for solar cells, citing damages to US producers and the intellectual property regime. While the USTR may have been justified in this initiation insofar as it specifically applied to certain aspects of trade regulation, like national preferences, the WTO was shown in this case to serve as a means for identifying a specific trade distortion, which India had initially applied for as a safeguard, as a generalization of the character of a larger national initiative for solar energization.

In reflecting on such events, one must recall the founding principles of the WTO as provisioned in the Marrakesh Agreement. The first preambulatory clause states that the organization was established in “accordance with the objective of sustainable development, seeking both to protect and preserve the environment.” Pursuant to this endeavor, the WTO must reexamine whether the current interpretative trajectory of its core legal instruments is salubrious to the organization’s founding principles. This becomes especially poignant in consideration of US President Trump’s recent application of steel tariffs in order to strengthen the US industrial base and counteract threats to the national interest.

This idea warrants comment that lends to the policy lessons drawn by this article. As of 2016, the US was already employing approximately 70% of its steel production capacity (de Carvalho 2017), though between 2005 and 2015 this was less than half of the steelmaking capacity of the EU (International Trade Administration 2016). US tariffs against imported steel may certainly enable domestic steel producers to optimize their output, but they also may mean that the country will have to increase its production capacity to meet sufficient substitution. Adding to this drive for capital accumulation, as well as any investment needed to compensate for capital decay, US steelmakers will have to find a way to remain price competitive in both foreign and domestic markets. Currently, US steelmakers seeking to export their products face economies of scale that were unimaginable when the country was a top exporter. This challenge will be further compounded by the retaliatory tariffs that its trading partners began discussing immediately after President Trump’s announcement.

EU steelmakers, for instance, have made painstaking investments in capital upgrading to ensure that steel production has lower environmental impacts, resulting in them becoming less price competitive than revenue-maximizing industries like Chinese iron and steel. In the face of such barriers to entry, the fear (albeit speculative) becomes whether the steelmakers, be they Chinese or US firms, might seek to cut corners in their production processes, such as by becoming lax with standards compliance or perhaps even tapping into domestic coal reserves to produce new steel through iron ore rather than melting down steel scrap. These were methods adopted by the Chinese iron and steel industry to boost its industrial base in the face of a competitive market, the consequences of which the government continues to struggle to address: uncooperative firms and provincial governments, underreported and falsified documents, and direct dealings with foreign markets (Abrami and Zheng 2011).

While countries engaged in an international economy can leverage competition to achieve such mainstreaming in an ideal world, the prospects remain unexciting in a world where the biggest producers remain recalcitrant. Instead, multilateral institutions like the WTO can work with willing partners to find innovative solutions to ensure that the regulatory system for global trade does not so easily fall under the sway of political vicissitudes. One example is to revisit quantitative approaches to evaluating important values in procedural determinations, like dumping margins, by bringing together members to jointly interpret weights that can be used to more accurately assess “fair values” after accounting for positive trends, such as greater integration of the Sustainable Development Goals. Another example may be to pair with willing private sector entities seeking to enact normative change to WTO governance from the role of enterprise by channeling the impact on firm-level behavior. While critics may cite fears of abusive practices and loopholes that can undermine the trade system, that does not seem such a far-off reality from the status quo.
_____

← Next generation of quality development and investment in the new Pacific trade pact
What Do Structural Economic Reforms Promise for the Future of Azerbaijan? →