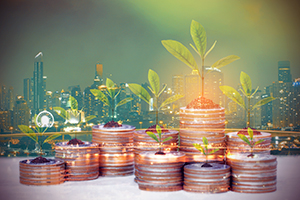 Since 2017, around 1.2% of all green bonds have been listed in ASEAN. Green bonds proceeds have been used mostly to fund energy projects globally, including renewable energy and energy efficiency projects. However, in ASEAN, primarily in Singapore and Malaysia, proceeds from green bond issuances have been used mostly to fund green buildings. Green bond issuers are dominated by the financial sector and the government. The renewable energy and power generation sectors are underrepresented both in ASEAN and the world. In ASEAN, Indonesia leads green bond issuance by cumulative bond value. Most of the issuances in Indonesia have been by the government. The issuance of green bonds by governments is not unique to ASEAN, and globally 37% of all green bonds have been issued by governments.

Azhgaliyeva, Kapoor, and Liu (2020) provide a review of the policies supporting green bonds in the three largest issuing countries in ASEAN, i.e., Singapore, Malaysia, and Indonesia (Figure 2). The Monetary Authority of Singapore (MAS) launched a Green Bond Grant Scheme (GBGS) in 2017. The GBGS subsidizes green bond issuances by covering the cost of the external review for labeling bonds as “green.” This scheme catalyzed green bond issuances in Singapore as the cost of external review had been a significant hindrance in issuing green bonds. The subsidy was found to be successful, and the MAS extended it by 3 years until 2023. Singapore also decided against formulating its own national green bond standards and instead made the decision to accept any internationally recognized standards. Singapore’s GBGS also did not set restrictions on currency. This gave a boost to listing green bonds on the Singapore Stock Exchange (SGX) by issuers from around the world.

Similarly, Malaysia launched the Sustainable and Responsible Investment Sukuk Grant to partially cover the additional costs of issuing green bonds, such as the external review cost. Indonesia has instituted a Green Bond and Green Sukuk Framework that outlines eligible green projects for which green bonds can be issued. It has not implemented a green bond grant, but the government itself issued a high value of green bonds to kick-start the market.

Due to differences in the design of green bond policies in Singapore, Malaysia, and Indonesia, there have been different outcomes. Singapore, for instance, lets issuers from any entity list their bonds in any currency if the bonds are compliant with any internationally recognized green bond standard. This has helped to promote Singapore’s reputation as a green finance hub, but the policy design can be seen to be less effective if the objective was to promote projects that bring environmental benefits locally or achieve Intended Nationally Determined Contributions (INDCs). This is because the proceeds of green bonds listed on the SGX have been used to refinance (repay) past loans or to finance projects abroad.

The proceeds used to finance green projects abroad could bring environmental benefits globally but not necessarily contribute to the INDCs. Thus, it could be harder to achieve the INDCs if the eligibility criteria of policies do not limit projects only to domestic ones. The use of proceeds for refinancing green projects, on the other hand, could bring environmental benefits. Further research is needed to investigate the impact of refinancing projects.

Appropriate policy design is crucial for achieving a policy’s stipulated objectives, and these objectives must, therefore, be clearly defined before designing a green bond policy. The following recommendations are provided by Azhgaliyeva, Kapoor, and Liu (2020) for policy makers on the design of green bond policies: 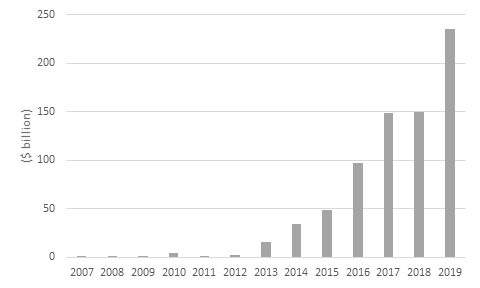 Anant Kapoor is a graduate of Singapore Management University.
View all posts by Anant Kapoor →

← Empowering Thai SMEs to join global value chains: Policy priorities under COVID-19
Rare diseases in Asia and the Pacific must be tackled too →