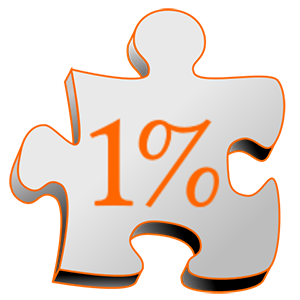 In the 1960s, Kaname Akamatsu (1961) described the gradual relocation of industries from the advanced industrialized countries in East Asia to the less advanced countries during the latter’s economic catch-up process as the “flying geese” pattern. For instance, the textile industry was clustered in Japan in the 1950s but then successively relocated to the newly industrialized economies (Hong Kong, China; Taipei,China; Singapore; and the Republic of Korea), the new generation of tiger countries (Indonesia, Malaysia, the Philippines, and Thailand), the People’s Republic of China (PRC), and now increasingly to Viet Nam.

With respect to investment activity in East Asia, a similar flying geese pattern seems to have evolved in the form of wandering overinvestment cycles (Schnabl 2017). The gradual decline of interest rates in Japan and other large industrialized countries toward zero can be seen as the breeding ground. The monetary overinvestment theory by Friedrich August von Hayek (1931) provides a theoretical framework for better understanding. Hayek (1931) distinguished three interest rates to model business cycle fluctuations. The so-called natural interest rate is a theoretical concept, representing an equilibrium between savings and investment (S=I). The interest rate set by the central bank and the interest rate prevailing in capital markets can diverge from this equilibrium.

An overinvestment boom is triggered when the central bank rate is set below the natural interest rate. The low capital market interest rate signals high savings and thereby high future consumption. Investment by some enterprises induces additional investment by other enterprises. An economic upswing evolves, which leaves wages and prices low as long as idle capacity exists. The boom in the real sector of the economy is likely to be accompanied by a financial market boom as rising profits of enterprises provide an incentive to convert low-yield savings into stocks. Then, as Schumpeter (1934: 226) puts it, “the symptoms of prosperity themselves finally become, in the well-known manner, a factor of prosperity.”

The boom is unsustainable because investment is rising above savings, financed by credit creation from the banking sector (I>S). When full capacity is reached, wages and prices increase. This finally forces the central bank to put an end to the exuberance by lifting the central bank rate. Higher financing costs render low-yield investment projects unprofitable, leading to their dismantlement.

Japan is the first country in East Asia where such an overinvestment boom evolved in the second half of the 1980s. Strong interest rate cuts in response to the post-Plaza yen appreciation not only helped to soften the appreciation pressure but also triggered accelerating investment activity (see Figure 1) accompanied by an exuberance in the stock and real estate markets (the famous bubble economy). As in Hayek’s (1931) theory, the Bank of Japan pricked the bubble by gradually lifting interest rates. This pushed Japan into a severe crisis, which finally motivated the Bank of Japan to cut interest rates toward zero. 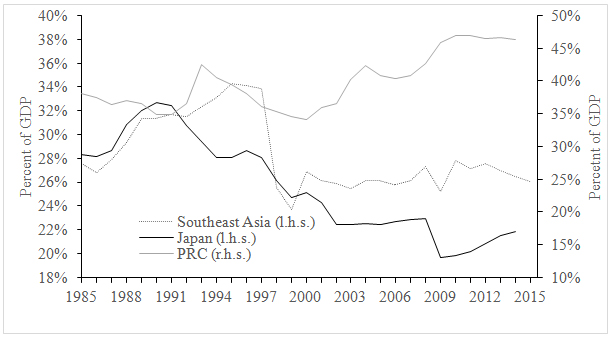 The gradual interest rate cuts in Japan became the breeding ground for buoyant capital outflows to Southeast Asian tiger economies (Indonesia, Malaysia, the Philippines, the Republic of Korea, and Thailand). In these from then on “miracle” countries, buoyant cross-border bank lending and foreign direct investment inflows accelerated a Hayek-type overinvestment boom. Speculation in the stock and real estate markets was an important side effect, which finally culminated into the 1997–1998 Asian crisis. (The Asian crisis triggered the 1998 Japanese financial crisis due to the large exposure of Japanese banks in the region.)

The end of the Southeast Asian investment boom and the resulting interest rate cuts by the Bank of Japan and the Federal Reserve redirected capital flows toward the PRC. The additional supply of funds was transferred via state-controlled credit allocation into fast-growing investment by state-owned and export enterprises. As seen in Figure 1, Chinese investment as a share of gross domestic product increased from 34% in the year 2000 to 47% in 2014. Deposit rates in Chinese state-owned banks were kept low to compensate for ceilings on lending rates (McKinnon and Schnabl 2012). This provided an incentive to convert deposits into real estate financing via shadow banks. As a result, real estate prices increased dramatically.

With capital flows having changed direction since 2014, the overinvestment boom in the PRC seems to be over. Overcapacity in the Chinese industry has become visible and constitutes a major threat to growth. There are two possible policy solutions. The first is to respond to crisis and declining growth with new monetary expansion. This path was taken by Japan. The benefit is that a major meltdown can be avoided. The downside is, however, that this monetary policy crisis therapy conserves distorted economic structures.

According to Hayek (1931) and Schumpeter (1912), this is a major drag on growth because the dismantling of low-yield investment, the so-called cleansing process, is postponed. Japan has not recovered from the bursting of the Japanese bubble economy for two and a half decades because of, and not despite, unprecedented monetary expansion. This should be reason enough for emerging East Asia to avoid the Japanese long-term stagnation by exiting soon from monetary policy-focused crisis therapies.
_____

← The brief for cash
Why is Income Distributed Unequally? A Comparison of Japan and the United States →