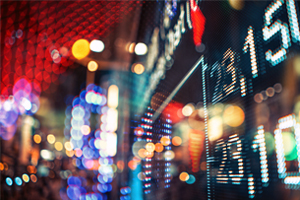 In the postwar period, the global economic and financial architecture was dominated by the advanced economies in the West. They designed the international monetary system, international development financing frameworks, and global trade liberalization schemes. They also dominated the leadership of key global institutions related to economic and financial stability, the International Monetary Fund (IMF), and, more recently, the Financial Stability Board (FSB). However, events in the past 2 decades have posed a number of significant challenges to this now somewhat aged system. The Asian financial crisis of 1997–1998 raised questions about the appropriateness of the IMF’s diagnosis of the problems and its recommended policy remedies in those countries that requested IMF programs—Indonesia, the Republic of Korea, and Thailand. This experience left a bitter taste in the region referred to as the “IMF stigma,” which made Asian economies loathe to apply for an IMF program if they could possibly avoid it. One reaction to this was the creation of the Chiang Mai Initiative, which later became the Chiang Mai Initiative Multilateralization (CMIM), as a regional safety net.

In addition, the euro area’s sovereign debt and banking crisis ushered in a new example of cooperation among global and regional institutions to deal with large-scale financial crises in a number of countries. The “Troika,” composed of the IMF, the European Central Bank, and the European Commission, coordinated surveillance, assessment, and bailout arrangements for the crisis-hit countries. The need for such cooperation was clear, as none of these institutions had sufficient resources on their own to deal effectively with the crisis. However, the crisis experience also highlighted many of the problems involved in such cooperation. Most importantly, coordination efforts had to be developed in an ad hoc and improvised way in the heat of the crisis.

Our recent book addresses the important question of how Asia’s regional architecture for economic and financial surveillance, financial safety nets, and crisis management can be strengthened and meshed with those of the IMF and the FSB to establish an effective mechanism for dealing with global and regional economic and financial shocks. This includes both shocks emanating from within the region and those transmitted via contagion from other regions.

The global financial crisis and the euro area’s sovereign debt and banking crisis highlighted the risks that emerging economies, including those in Asia, face even if their own macroeconomic and financial fundamentals are sound. The book first reviews the latest developments in assessments of their vulnerabilities to various kinds of external shocks, including volatile capital flows, a slowdown of growth in the People’s Republic of China, commodity price movements, and exchange rate fluctuations. This includes the development of early-warning systems for potential currency crises. It also examines the challenges facing monetary policy frameworks and arrangements for implementation of macroprudential policy measures and capital flow management.

Second, we assess the capacity of regional institutions for surveillance and financial safety nets, focusing on the ASEAN+3 Macroeconomic Research Office (AMRO) and the CMIM. It also reviews the potential scope for developing coordinated regional financial regulation in Asia, taking into account the European Union experience with regard to financial supervisory and regulatory architecture and their relevance for Asia. It is important to identify potential weaknesses and areas that can be strengthened further, especially with regard to concrete issues related to activating the CMIM. In fact, however, when the global financial crisis hit in 2007–2008, the CMIM was not activated, and those countries experiencing liquidity problems turned instead to bilateral swap arrangements. This development underlines the need to strengthen the functioning and attractiveness of the CMIM.

Finally, we examine the issue of how the IMF as a provider of global financial safety nets can work with regional financing arrangements, including both the CMIM and bilateral swap arrangements. In light of the experience of the euro area’s sovereign debt and banking crisis, we argue that the IMF, AMRO, the CMIM, and other regional institutions need to work proactively to establish a mechanism for cooperation and joint financing activities in the event that a financial crisis hits one or more countries in the region.

We hope that our book can contribute in a significant way to the debate about how to strengthen Asia’s regional economic architecture and how to mesh well with global institutions to create an effective framework to deal with regional and global risks to economic and financial stability.