FDI and Its Impacts on Entrepreneurship and Informal Markets: A Double-Edged Sword? 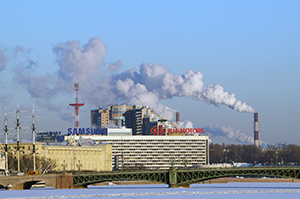 Foreign direct investment (FDI) is attractive, especially for developing and emerging markets, as it brings new technologies and mitigates the constraints imposed by low domestic capital formation. Lawmakers enact various policies to make such investments attractive for foreigners, and businesses often actively seek foreign collaborators. India, for instance, under the present government, has been aggressive in seeking foreign investments through its “Make in India” campaign. Asian nations, in recent years, have been particularly great beneficiaries of FDI. Besides its attraction for policy makers and businesses, academics have also studied the causes and effects of FDI using data across various years and countries. The resulting findings vary somewhat depending upon the sample under consideration. However, overall FDI inflows are generally viewed positively.

Within this spectrum, this article focuses on the effects on FDI, especially with regard to entrepreneurship and informal markets (also dubbed underground or shadow markets). Entrepreneurship has often been touted as a vehicle for increasing job creation and for bringing the fruits of research and development (R&D), by firms, individuals, and increasingly by universities, to the marketplace, whereas the control of underground or informal markets is necessary for ensuring compliance with laws—both for safety and for tax revenue generation.

Whereas greater FDI generally increases competitiveness and opportunities in the formal economy, such inflows into a country might increase the underground sector via greater subcontracting to underground firms. Foreign-financed projects, when pressed for time or aiming to minimize costs, might turn to subcontractors in the informal sector (e.g., unlicensed contractors). Informal sector contractors are cheaper because they can avoid paying taxes or have lax compliance with industrial safety and other laws and thus can bid for jobs at lower rates than formal sector firms (which incur taxation and other compliance costs). These secondary effects of FDI on informal markets do not generally appear to be recognized.

Recent research using data across numerous countries has found that FDI’s impact on entrepreneurship might be more consistent with crowding-out in that greater FDI can lower domestic entrepreneurship. However, there may be significant gender differences in this regard, with the crowding-out effect not necessarily applicable across population subgroups (Goel 2017).

With respect to informal markets, there is some statistical support that greater FDI might encourage or promote informal sector firms (via greater subcontracting) (Goel, Ram, and Wessman 2017). While these findings need further validation with additional data and further empirical tests, they do raise interesting issues for policy makers courting foreign investors—FDI might have undesirable effects on domestic entrepreneurship, and it might add to the spread of informal markets. Lower domestic entrepreneurship would have implications for job creation and might increase dependence on foreign suppliers, while the spread of the informal markets might reduce the tax base and undermine the enforcement of laws (e.g., workplace safety and environmental protection laws). Thus, the pros of FDI must be weighed against its possible cons, and this realization does not seem to be quite common. When its secondary effects on other markets are accounted for, FDI might indeed be a double-edged sword.
_____

Rajeev K. Goel is professor of economics at Illinois State University, United States. His areas of expertise include the economics of corruption and the underground economy, technical change, and applied microeconomics. He is also a CESifo research network fellow and a research fellow at the Kiel Institute for the World Economy.
View all posts by Rajeev K. Goel →

← Will Financial Liberalization Trigger the First Crisis in the People’s Republic of China?
Minimizing the Cost of Fecal Sludge Management through Co-Treatment →