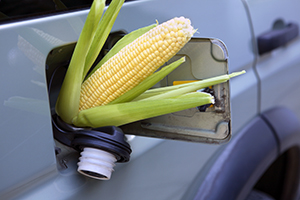 Energy, especially from oil and its derivatives, is a key factor of production in an economy and is widely used in different sectors—including transportation, agriculture, and industry—in households, and as a raw material in the production of petrochemical products. As such, energy has great value and affects other commodity prices. Since the first oil price shock of 1973, examining the effects of changes in energy prices, especially of oil, on macro and microeconomic levels has become one of the most fundamental issues of energy economics (Taghizadeh-Hesary et al. 2013).

Rising food prices during 2002–2011 raised the question of whether oil markets might have any explanatory power regarding the recent upward movements in agricultural food prices. Statistics for imported crude oil prices and corn prices in the United States (US) (see Figure 1) show a positive correlation between these two variables.

Figure 2. Correlation between imported oil prices and soybean prices in the US, January 2003–October 2017

Due to the relationship between agricultural products prices and energy price fluctuations, and the increasing share of industrialized agricultural production and greenhouse gas emissions as a result of the use of fossil fuels in this sector, it is necessary to diversify energy consumption and move away from over-reliance on fossil fuels to an optimal combination of renewable and non-renewable energy resources. Energy diversification in the agriculture sector is needed to encompass other adoptable energy sources for the environment.