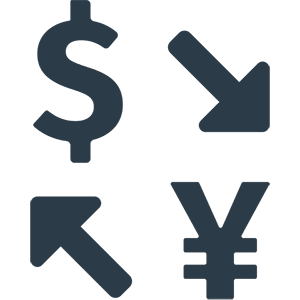 The rise of Donald Trump has reignited the debate on the link between exchange rates and trade. The Trump administration has blamed the exchange rate policies of the People’s Republic of China (PRC), Japan, and Germany for the current account deficit in the United States (US), and the president’s Twitter posts have put many major currencies on a roller coaster ride. Now, policy makers around the globe are concerned about the negative impact of exchange rate volatility on world trade.

So, how does exchange rate volatility affect trade? There is no consensus on this topic, either theoretically or empirically. In early theoretical studies, exchange rate volatility was often seen as an additional commercial risk and transaction cost associated with international trade. This implies that greater volatility means greater uncertainty of expected profits, which consequently causes firms to reduce their output and exports. Exchange rate volatility can also be a sunk cost or fixed entry cost that discourages firms from exporting, and many empirical researchers have proven this negative relationship (Thorbecke 2008; Hayakawa and Kimura 2009). However, these conclusions rely on many theoretical assumptions, such as perfect competition, the absence of imported inputs, high aversion to risk, and the absence of financial instruments for hedging. Once these assumptions are relaxed, the relationship between exchange rate volatility and trade becomes more complicated and ambiguous.

Conversely, some studies suggest a positive relationship. Depending on the level of risk aversion, greater exchange rate volatility may lead the most risk-averse firms to increase their overseas sales (i.e., a larger income effect than substitution effect) following expected revenue cuts per export unit. Broll and Eckwert (1999) reconfirmed the positive relationship by studying the response of heterogeneous firms to exchange rate volatility. Some researchers have also reported the same findings using different datasets and estimation techniques. However, many other researchers have not been able to find a significant association between exchange rate volatility and trade. The ambiguity hints at the well-accepted view that the study of the effect of exchange rate volatility on trade is an empirical issue (Chit et al. 2010) given that the econometric results rely heavily on the model specification, sample, time period, and estimation method used.

Almost all exchange rate and trade literature rely on the traditional approach of measuring gross trade data, which may no longer be accurate in measuring “real” bilateral trade positions given the rise of production networks and due to double counting (where traded intermediate goods and services as inputs for an export may be counted several times in the trade statistics) and multi-country production chains. As Johnson (2014) points out, gross trade data can overestimate or underestimate bilateral trade relations and foreign exposure as intermediate trade dominates two-thirds of world trade. For instance, of the total manufacturing cost of $179 for Apple’s iPhone, the PRC only creates a value of $6.50. However, the gross trade data reports the PRC’s iPhone export value as $179 per unit. This dramatically inflates the value of Chinese exports to the US as the outdated gross trade statistics do not reveal trade based on supply chains (Xing and Detert 2010). Thus, the US dollar–yuan movements are likely to have a limited impact on US–PRC bilateral gross trade given the PRC’s “final assembly” status in the supply chains. UNCTAD (Nicita 2013) and the International Monetary Fund (Leigh et al. 2015) note that the impact of exchange rates on trade has decreased following the rise of production networks and increased availability of hedging products.

As demonstrated in the case of the iPhone (Xing and Detert 2010), exchange rate movements are likely to have different impacts on trade, particularly in magnitude between gross trade data and trade in value added. Moreover, it is value added in final exports that really matters to job creation, value generation, and wealth accumulation. Therefore, it is necessary and critical to re-examine the impact of exchange rates on trade using value-added trade data and compare the findings with the results using gross trade data. As value-added trade directly measures the price level of a country’s real labor and capital inputs, we can expect that exchange rate volatility will have a negative and more sensitive effect on value-added trade than gross trade.

Using new value-added bilateral trade data compiled by Duval et al. (2016) for 41 countries for the period 1995–2013, a gravity trade model was constructed to empirically investigate the relationship between exchange rate volatility and value-added trade in comparison with gross trade while controlling for the effects of common language, adjacency, shared colonial history, regional trade agreements, and population. Poisson pseudo-maximum likelihood and fixed effects methods were used in addition to the basic ordinary least squares method to account for the estimation bias caused by zero bilateral trade and unobserved time-invariant variables when using ordinary least squares and also to provide greater confidence in the estimation results.

The findings show first that exchange rate volatility has a significant and negative relationship with exports, particularly for value-added exports. This provides evidence to support the hypothesis that value-added trade is more sensitive to exchange rate volatility than gross trade as it directly affects the price levels of labor and capital inputs by removing the indirect foreign inputs.

Second, trade frictions or costs, caused by geographical distance, not sharing a common language, and border effects, are smaller in value-added trade as firms can bypass these trade barriers by exporting via a third country.

Third, exporters do respond to the exchange rate volatility of the previous year, and, consistent with the literature, the nominal and real exchange rates make no significant difference in this type of empirical exercise, even for value-added trade.

Fourth, high-income countries face a smaller exchange rate risk, likely due to the development of financial markets and the diversification effect of having multiple export destinations.

Last but not least, intra-regional trade is less responsive to exchange rate volatility in East Asia and North American Free Trade Agreement countries, especially in the latter (probably due to market structure and the concentration on automobile industries). This preliminary finding suggests that being part of a regional production network may help exporters cushion the blow of exchange rate volatility.

The findings have three major policy implications. First, policy makers should pay more attention to exchange rate volatility due to the significance of its effect on value-added trade. They should increase efforts to reduce disordered movements in exchange rates through monetary policy coordination and enhance transparency and communication. Second, governments should promote global production networks by reducing trade and investment barriers through the implementation of high-quality free trade and investment agreements. This will allow exports to be more stable in times of volatile exchange rates movements and enable them to bypass bilateral trade barriers, such as geographical distance, and export via third countries. Finally, countries should support the development of financial markets and hedging products to help firms reduce their exposure to exchange rate volatility from the perspective of the producer or exporter.
_____

Yizhe Daniel Xie is a PhD candidate at the Graduate School of Asia-Pacific Studies, Waseda University, and a non-resident fellow at the CSIS Pacific Forum.
View all posts by Yizhe Daniel Xie →

← Escaping the middle income trap: Innovate or perish
Economic impacts of obesity in the Republic of Korea →

One Response to How does exchange rate volatility affect value added and gross trade?