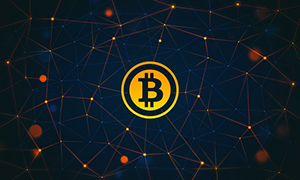 We’ve all heard the buzz about the potential applications of blockchain technology. But what’s actually happening in developing countries in Asia and the Pacific?

Beyond bitcoin payments and remittances, blockchain exists largely in the pilot stage. Governments and banks are collaborating with technology firms to see if it can be used to solve persistent problems like traceability, identification, and trust.

Let’s bring some clarity to the hypotheticals. But first, what exactly is blockchain? It’s a type of database that takes records and puts them in a block (akin to, say, a sheet in your Excel file).

Each block is then “chained” to the previous block, using a cryptographic signature. This allows blockchains to be used like a ledger, which can be shared and corroborated by anyone with permission.

In short, it’s peer-to-peer sharing of data – it does not require a trusted intermediary. Let’s look at some ways our countries are using it.

In 2016, Georgia and a US-incorporated provider piloted a blockchain-based platform for the National Agency of Public Registry to record land titles and integrate them into the existing digital records system.

Georgians can now register land titles and verify the dates of transactions, thereby increasing transparency and accountability. The original agreement was expanded in 2017 to include other government departments.

Technically, there are two parts to the system. A private blockchain, on which the government records data on transactions, and a public blockchain. The information on ownership is publicly available, although the data underlying it are not – in order to protect the owner’s privacy.

Last April, the National Bank of Cambodia (NBC) signed an agreement with a Japanese startup to design a new payments system. The testing phase is expected to be launched by the end of this year.

The objective is to design a system for interbank transactions that will offer a secure and cost efficient way to transfer money. This can benefit many in a country where the commercial banking infrastructure is still evolving, but which enjoys solid mobile technology and connectivity.

Unique to this project is the collaborative relationship between the partners. The technology provider will build the infrastructure, and the NBC will contribute to the startup’s ongoing technology design.

Globally, many central banks have been exploring the potential of blockchain. The International Monetary Fund has encouraged this activity and urged banks to study its implications.

During the first half of 2016, a UK company piloted a blockchain project that tracked the provenance of yellowfin and skipjack tuna caught by local fishermen as part of a sustainable supply chain.

This allows proof of compliance at origin, which in can potentially replace the current paper records which are difficult to verify and subject to corruption.

The system is a mix of mobile technology and blockchain. Fishers registered their catches to the blockchain via text message. Additional data are later verified and added by NGOs. Once the information is transmitted through the supply chain, it cannot be altered, and the data are visible through the product’s whole journey.

Supply chain transparency for commodities where provenance may impact consumers is moving forward quickly, and using blockchain for this is gaining traction.

BC Finance, the biggest microfinance institution in Myanmar, is working with a Japanese firm to record transactions on blockchain.

The partners hope that this initiative can propel the sector’s growth by cutting costs and reducing the administrative complexity of tracking large numbers of small transactions.

It is expected that blockchain technology can be useful in a country like Myanmar, where advanced accounting systems are not yet in place. However, obstacles include frequent power outages and low-quality local circuits.

Finance in general and trade finance in particular, is one of the more active areas for blockchain development. Commercial banks throughout the region are participating in consortiums to come up with blockchain solutions to the very expensive, slow, and opaque trade process.

Blockchain pilots are making waves in countries in developing Asia for two reasons.

The first reason is that most developing countries don’t have legacy systems that need to be replaced. Blockchain can provide the first upgrade of an existing inefficient system, or introduce infrastructure that didn’t exist before.

The second reason for the widespread interest stems from the light regulatory infrastructure in many countries. So far, this has been an opportunity, but it also raises some concerns as this technology matures.

ADB can play an important role in ensuring that blockchain is implemented in a development-friendly way. We can bring together regulators, best practices, IT experts, and officials to ensure everyone is on the same page.

Steven Beck is Head of Trade Finance at the Asian Development Bank.
View all posts by Steven Beck →

← Will 2025 be the final deadline for the ASEAN Economic Community?
The PRC’s international capacity cooperation exports both industrial capacity and financial risk →