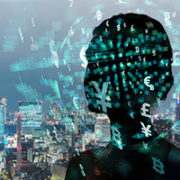 Financial inclusion for women has been embraced by policy makers as an important development priority. However, despite women having lower risk preferences and higher creditworthiness, the gender gap in access to finance is still prevalent in the traditional credit market. This is due to various factors, such as differences in employment opportunities, legal obstacles, cultural norms, and limited access to the guarantee mechanism, among others.
Comment

Indonesia’s subsidized rice program, RASKIN (also known as Operasi Pasar Khusus), constitutes the longest running and the largest in-kind transfer for poor households in Indonesia. In 2010, government expenditure on RASKIN accounted for 53% of the total household-targeted social assistance. What has been the impact of this program on child health in Indonesia? Our recent paper (Gupta and Huang 2018) is, in this regard, the first attempt in the literature to analyze this issue in the context of Indonesia.
Comment