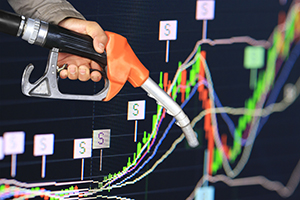 The recent collapse in oil prices in the global market was caused by a combination of supply and demand issues as well as uncertainty about the future, and has resulted in a crash in financial markets. But what are the reasons behind this collapse, and what impacts will it have on oil-exporting and oil-importing economies?

Global energy market demand, such as for oil, natural gas, and coal, is declining as the impacts of COVID-19 spread around the world. This decline in oil demand has been particularly significant as oil is mainly used in the transportation sector, and business closures, declines in domestic and international travel, and the lockdowns and quarantines in many countries have all shrunk the demand for oil. A sharp decline in domestic consumption and a possible decline in new investments, declines in tourism and business travel, spillovers of weaker demand to other sectors and economies through trade and production linkages, supply-side disruptions to production and trade, and shifts in health care expenditure are only some of the channels through which the pandemic is affecting the demand side in the oil market.

Global oil demand has contracted for the first time since the global recession of 2009. Demand is expected to fall by a record 9.3 million barrels per day (mbd) year-on-year in 2020. According to the International Energy Agency, for Q2 2020, demand is expected to be 23.1 mbd below the previous year’s levels. Although the exact impact of the COVID-19 pandemic on oil demand will depend on how quickly the virus is contained through governments’ protection efforts and economic stimulus policies, it seems that the IEA’s (2020) projection is optimistic.

On 5 March 2020, the Organization of the Petroleum Exporting Countries (OPEC) proposed a 1.5 mbd production cut for Q2 2020, of which 1 mbd would be by OPEC countries and 0.5 mbd from non-OPEC but aligned producers (most prominently, the Russian Federation). The following day, the Russian Federation rejected the proposal, and Saudi Arabia also announced unprecedented discounts of almost 20% in key markets. The result was a more than 30% plunge in prices to as low as $31.1 (WTI crude) per barrel on 9 March, and the crisis in the oil industry has continued to worsen. An intensifying recession due to COVID-19 fears drove global oil prices even further down to $11.57 per barrel (WTI crude) on 21 April.

Due to the drop in prices, global oil supply is set to contract by 12 mbd in May, with OPEC+ forging a supply cut by 9.7 mbd from an agreed baseline level and additional reductions from other countries with the United States and Canada (IEA 2020). However, it seems that these supply cuts are not too large for the present depressed demand, and the market will still tend to have excess supply.

Excess supply, shrinking demand, and uncertainty about the future have all contributed to the drop in oil prices. Low oil prices are harmful to both the Russian Federation and Saudi Arabia. The production cost of oil for both countries is relatively low, but their government budgets and exports depend heavily on oil revenue. In 2020, oil would need to be priced at $78.30 per barrel for Saudi Arabia to balance its government budget. The Russian Federation’s breakeven budget point is in the $40 range. Hence, this means that the low oil price will have a significant negative impact on shrinking these countries’ government budgets (Time 2020).

The plunge in oil prices will also shrink the government budgets of oil-producing countries for which oil exports account for a major part of their government revenue, such as Azerbaijan, Brunei Darussalam, Kazakhstan, Kuwait, Iraq, Iran, Oman, Qatar, Nigeria, and Venezuela. This will have negative impacts on the development plans of these economies and, most importantly in the current timing, for providing sufficient government funding to the healthcare sector for fighting COVID-19. Additionally, those economies whose exports depend on fuel commodities, including natural gas and coal, as well as oil and oil products, will also be negatively affected. Almost 30% of Indonesia’s exports and 20% of Malaysia’s exports depend on fuel commodities, and thus face shrinking government tax revenue in the current low oil price era (World Economic Forum 2016).

Direct and indirect economic impacts of an oil price collapse

When global oil (energy) prices go down sharply (when a negative price shock happens), like during the current oil price drop, a direct negative effect on the gross domestic product of a net oil exporter is expected due to a decrease in oil revenues. At the same time, on the opposite side for a net oil importer, this sharp decline in oil price is considered as a positive supply shock. As a result, energy demand from the energy importer increases and this indirect effect is predicted to be positive for the oil exporter. However, this is for the normal case—the current situation is not normal. The demand of oil importers is shrinking as non-essential businesses and services have been shut down to halt the spread of the virus in affected countries across the globe and government officials have been urging their citizens to stay home. These measures have effectively stopped economic activity, shrinking the demand for oil, especially in the transportation sector. Hence, the “indirect effect” on net oil exporters is also expected to be negative, and the total effect, which is the sum of the direct effect and indirect effect, will be much larger. The negative total impact will lead to a decrease in energy exporters’ revenue by more than the expected amount (Taghizadeh-Hesary et al. 2019).

On the other hand, for net oil importers, a sharp oil price decline will have two effects: a direct effect, which is a positive supply shock as production costs decrease; and an indirect effect due to the production process, meaning that there will be a negative indirect effect due to a decrease in revenue in net oil-exporting countries, forcing oil-importing nations to export fewer final products (automobiles, home appliances, and other goods) to oil-exporting countries and so decreasing their net gain (Taghizadeh-Hesary et al. 2013; 2016)

However, the current COVID-19 pandemic is drastically reducing global demand, especially in the transportation sector, which is the largest oil-consuming sector in the United States, the European Union, the People’s Republic of China, and Japan. Hence, it is unclear to what degree low oil prices will act as a benefit to consumers amidst the coronavirus fallout because there is just not enough demand.

Finally, it is important to mention that when assessing the impact of the COVID-19 fallout and the current oil drop on economies, a one-sided analysis is not sufficient. The substantial production disruptions as a result of forced business closures, disruptions to trade and business as a result of border closures, travel bans, and other restrictions on the movement of goods, people, and capital, all disrupt the global supply chain and hinder the manufacturing sector.
_____