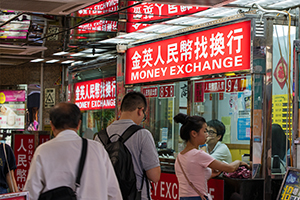 While more than two-thirds of skilled migrants are directed to the United States, the United Kingdom, Canada, and Australia, they come from more than 100 countries. Skilled emigration opens many indirect general equilibrium questions in the source country. Does skilled emigration matter for volatility in real exchange rates?

In a recent study, Ouyang and Paul (2018) look at the relationship between skilled emigration and real exchange rate movements in source countries. Building on a simple analytical model, they argue for two possible channels of causality. If the Law of One Price holds, then skilled emigration appreciates the real exchange rate through the “spending effect” and the “resource allocation effect,” which are analogous to the remittance-based Dutch disease effect. The second channel is based on a pricing-to-market model, where local wages affect the price-setting behavior of firms and, unlike the first channel, the pricing-to-market model allows pass-through for both external (relative prices of traded goods) and internal (relative prices of traded to nontraded goods) prices assuming possible violations of the Law of One Price. 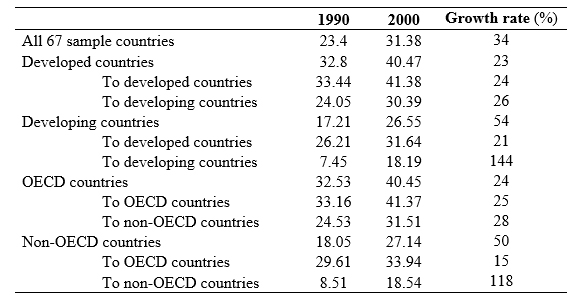 Although the main goal of the paper was to provide evidence for an alternative channel linking skilled emigration and real exchange rates, the authors acknowledge the possibility of a potential negative labor supply effect due to an increase in remittances. With an increase in reservation wages due to remittances, there could be alternative wage effects, and in such cases, one needs to identify and separate the wage channel effect. In addition, an almost 54% growth in the skilled emigration rate between 1990 and 2000 in developing countries warrants a more refined study of skilled emigration disaggregated by gender, industry, and occupation group.

Alice Ouyang is a professor at the China Academy of Public Finance and Public Policy, Central University of Finance and Economics in Beijing, People’s Republic of China.
View all posts by Alice Ouyang →

← Kuznets beyond Kuznets: Structural transformation and income distribution in the era of globalization in Asia
Productivity spillovers from services firms in low- and middle-income countries: What is the role of firm characteristics and services liberalization? →