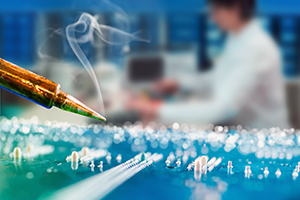 It has been widely acknowledged that services play an important role for other industries, in particular manufacturing. A study by the Organisation for Economic Co-operation and Development (OECD) finds that services represent at least 30% of the value added in manufacturing exports (OECD 2014). Another study by the World Bank suggests that countries with a higher services content in their downstream economies are also those producing more complex goods (Saez et al. 2015). These developments are strongly linked to the emergence of global value chains, which depend on the quality of embedded services, ranging from quality control, logistics, storage facilities, packaging, insurance, and distribution (Taglioni and Winkler 2016).

Services not only serve as inputs to the manufacturing sector but are also a relevant source of productivity spillovers, i.e., knowledge diffusion in the form of unintentional transmission or intentional transfer. The strong dependency of firms on services inputs implies that improvements in services sectors, including services firms’ performance and services reforms, are likely to affect all downstream sectors. Second, the performance of downstream sectors depends to a larger extent on the availability and quality of domestic services firms due to the limited cross-border tradability of services compared to material inputs (Javorcik 2008).

However, there is still a knowledge gap on the spillovers from services to manufacturing, in particular for low- and middle-income countries, which our new study aims to fill. Several studies suggest a performance-enhancing effect of services usage within sectors and firms. Others point to the relevance of services inputs to downstream industries, in particular manufacturing sectors. Using a cross-section of more than 38,000 manufacturing and 24,000 services firms in 105 low- and middle-income countries over the period 2010 to 2017 from the World Bank’s Enterprise Surveys, our new study focuses on the productivity and technology spillovers from services to manufacturing firms as well as the role of firm characteristics and a country’s services liberalization in mediating spillovers (Winkler 2018).1

Our analysis also highlights the importance of firm heterogeneity in influencing spillovers, both from the perspective of services and manufacturing firms. The extent of spillovers depends on both the potential of services firms to generate spillovers and the capacity of manufacturing firms to internalize them (see Figure 1). Our findings suggest that some types of manufacturing firms benefit more strongly from services spillovers than others, in particular those that are large, foreign-owned, and exporters. At the same time, some types of services firms have a higher spillover potential: foreign ownership status and the top manager’s experience are linked to a higher productivity and technology spillover potential, whereas exporting is only associated with the latter. 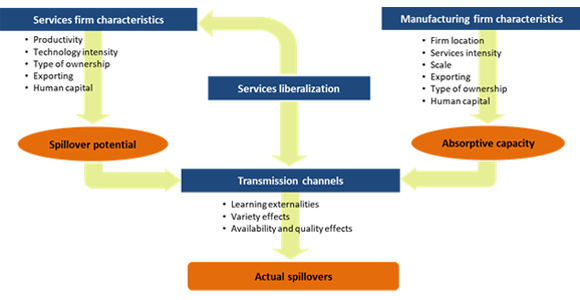 Source: Author’s own illustration, partially drawing on the conceptual framework on foreign direct investment spillovers by Farole, Staritz, and Winkler (2014). 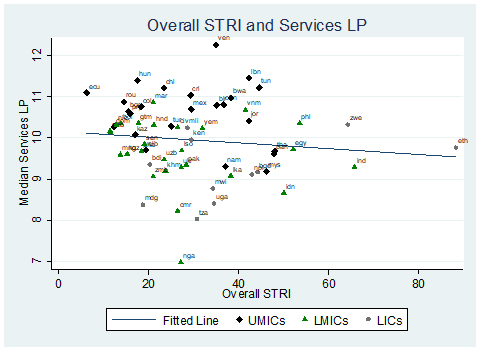 Several policy implications can be derived from our analysis:

1 The study is closest in nature to the study by Hoekman and Shepherd (2017), who find evidence for regional productivity spillovers from services to manufacturing firms using the World Bank Enterprise Surveys for the period 2006–2011.