Opening-up in the upper middle-income stage: Implications from international experiences 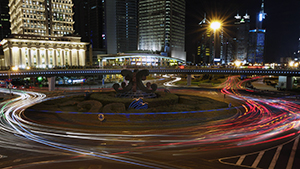 A new phase of the upper middle-income stage

After rapid economic growth lasting more than 30 years, the People’s Republic of China (PRC) has stepped into the upper middle-income stage. The country’s gross domestic product (GDP) per capita reached $6,416 (constant 2010 dollars) in 2015, equivalent to $13,400 in international dollars under purchasing power parity (constant 2011 international dollars). According to the World Bank’s classifications, the PRC is now an upper middle-income country. Looking back at the history of economic development, opening-up policies have played a vital role in stimulating economic growth, and it is fair to say that without market-oriented opening-up policies, the eye-catching economic performance of the past 30 years would not have been possible. Without a doubt, there have been many advantages to the PRC’s opening-up policies. However, the question is whether the PRC should stick with these policies or instead reorient its policies according to the new environment—and, if so, how?

International experiences may provide some lessons for the PRC. In new research, we analyze a sample of countries in three groups: frontier countries, successful catchups, and failed catchups. Since 1987, the World Bank has classified countries into four groups according to their gross national income per capita: low income, lower-middle income, upper-middle income, and high income. Based on these classifications, we focus on the following three types of countries: (1) frontier countries, which comprise countries that have been in the high-income group for at least the past 10 years; successful catchups, which comprise countries that have managed to climb from upper-middle income to high income and have never fallen back to the upper middle-income stage; and (3) failed catchups, which comprise countries that have been stuck in the upper middle-income stage for at least 12 years and have failed to join the group of high-income countries. The reason for choosing 12 years as the threshold for “success” or “failure” is that the mean and median durations for successful catchups transitioning from upper-middle income to high income are 12.7 years and 12 years, respectively.

We compare these three groups from the perspectives of foreign trade, investment, exchange rate regime, and capital account openness to analyze the role of opening-up polices in promoting catching-up and gain some implications for the PRC’s future. When making comparisons, we care on the one hand about “absolute” values, e.g., the cross-country differences of trade/GDP. However, a related problem is that since different countries appear in our comparison sample at different years, there may be noise introduced by time fixed-effects, e.g., the financial crisis of 2008. To exclude such time fixed-effects, we on the other hand also report the marginal change relative the initial value in the base year, e.g., △trade/GDP, with the reference year being first year for the respective country in the sample.

Based on these findings, we consider that the future direction of the PRC’s opening-up policies is to (1) accept and advocate the protection of intellectual property, labor rights, and the environment; (2) encourage FDI in modern services sectors; (3) ease the restrictions on ODI; (4) help enterprises overcome market failures when investing overseas; and (5) transition to a flexible exchange rate regime and gradual opening-up of the capital account.

Zhang Bin is a senior fellow at the Institute of World Economics and Politics, Chinese Academy of Social Sciences.
View all posts by Zhang Bin →

← New challenges, opportunities, and strategic choices for financing sustainable urbanization in the PRC
What can countries in Asia learn from the Republic of Korea and Malaysia about sanitation and its economic impacts? →