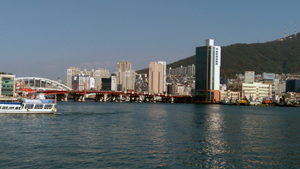 In 2014, when I first moved to the Republic of Korea from India, I was impressed and awestruck by the country’s infrastructure and ease of mobility. Being an architect, the aspect I found most endearing of the city-wide master planning was the access and provision of toilets almost everywhere, be it at metro train stations, bus terminals, shopping plazas, parks, or even on mountain hikes. The convenience of having clean and hygienic toilets in public places was truly a gift for me during my stay there for a few years. I found these achievements impressive given the fact that only around 45 years ago, the Republic of Korea was an underdeveloped country receiving substantial overseas development assistance.

How was the Republic of Korea able to transform its water and sanitation scenario?

The transformation of the Republic of Korea’s water and sanitation scenario can be broadly divided into a few decisive actions.

First, policies were developed and implemented effectively. For example, the Sewerage Law (1966) was introduced to upgrade the sewerage and waste water services in the country. Second, these policies were supported by robust institutional arrangements, and two ministries were allocated the task of developing the sector to meet the industrial and domestic demand for wastewater services by preparing wastewater plans in line with national development plans. Third, these actions were physically translated into a city-wide sanitation and sewer master plan and amalgamated into the broader urban master plans.

These actions resulted in the sector performing incredibly well, with a consistent increase in sanitation coverage coupled with an increase in waste water collection and treatment and a reduction in water pollution. In 1987, only 30% of the population was connected to sewers, but by 2012, the share had increased to an impressive 91%.

The foremost motivating factor in all these accomplishments was that the government at the time identified the linkages between the water and sanitation sector and economic progress to meet the increasing demand from industrialization, public health, and the environment, and this was also maintained by successive governments.

In Malaysia, also, the development of the sanitation sector was prioritized right from the country’s independence in 1957.

Although it adopted a top-down strategy, the country was still successful in formulating a comprehensive approach by managing centralized, community, and on-site sanitation systems by introducing robust regulatory frameworks and by effectively including the private sector in the overall system.

In the peninsular urban region, Malaysia adopted the strategy of uniform policy, regulation, and service delivery to obtain maximum coverage. The aging infrastructure of Penang city, in particular, faced frequent collapses and overflows in the 1990s. But, by that time, industrialization, urbanization, and the growing tourism industry called for the refurbishment of the existing sewer infrastructure and proved to be major economic drivers for the renovated system.

The current economic situation in many Asian developing countries resembles the Republic of Korea and shares the same ethnic diversity as Malaysia from around 4 decades ago. These circumstances have the potential to provide an example for many other developing Asian regions that face enormous struggles in sanitation sector development.

Sustainable Development Goal 6 aims to provide improved sanitation globally. In Asia and the Pacific alone, 1.7 billion people do not have access to safe sanitation, and 780 million people still practice open defecation with 80% of waste water disposed without proper treatment. In rural areas of Central Asia, South Asia, East Asia, and Southeast Asia, in particular, achieving universal access to basic sanitation and ending the unsafe practice of open defecation require substantial acceleration. Although Asia has witnessed remarkable economic growth in the past 2 decades, with an average economic growth rate of 5.7%, millions of people still lack access to improved sanitation services, and the region requires investments of over $71 billion to provide improved sanitation to all its people.

These methods can incur delays due to a lack of sufficient funds, resulting in poor sanitation coverage rates. They also lack the ability to reach areas where establishing sanitation networks is a painstaking task, such as in informal settlements and remote rural areas. Public sewer bodies have largely focused on devising engineering solutions for better sanitation and have not entirely estimated the cost returns and economic spillovers from improved sanitation services for all stakeholders.

The Republic of Korea and Malaysia provide strong examples where water and sanitation coverage has been highly due to its potential to positively affect economic development, which can be indicative of the idea that economic spillovers resulting from better water and sanitation can be drivers for better governance, institutional mechanisms, and city-wide planning. These can be prioritized by using innovative techniques and by including all stakeholders, along with the private sector, to identify the benefits of achieving maximum coverage for more collaborative investments with the public sector in the sanitation infrastructure.

To speed up the lag, in many countries, the private sector, nongovernment organizations, and social enterprises are heavily implementing non-sewered sanitation (NSS) and fecal sludge management to access unreachable territories. However, there is still a huge gap between demand and supply in terms of service providers and professionals as well as well-developed institutional frameworks for implementation.

Although there is no specific definition of NSS, it can be defined as a system not connected to any municipal sewer network that utilizes only onsite systems to collect, transport, contain, treat, safely reuse, and safely dispose of human waste. At present, many onsite sewage disposal techniques qualify as NSS, including several decentralized sanitation solutions for leveraging the existing urban infrastructure.

In India alone, there are more than 200 sites served with NSS for wastewater treatment and waste disposal by nongovernment organizations and social enterprises working in the sector. Yet, these initiatives remain limited to individual efforts and lack city-wide and nation-wide applications through local government initiatives, making it difficult to provide quality and innovative sanitation solutions in inaccessible and informal areas.

With the existing scenario, it is clear that onsite sanitation services coupled with a strategic approach toward identifying greater economic benefits from improved water and sanitation services may be the way to go for achieving faster total coverage and prosperity in developing Asia.

Photo: Skyline of Busan from the harbour, South Korea, October 2015, by Vedanti Kelkar

← Opening-up in the upper middle-income stage: Implications from international experiences
Globalization and the environment in India →