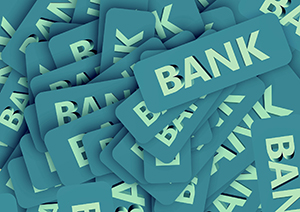 In a new paper, Unconventional Monetary Policy in the Asian Financial Crisis: Seeing the Crisis through Post-2008 Eyes, we reassess some of the policies central banks used during the Asian Financial Crisis of 1997–1998 in light of the responses of some advanced-economy central banks to the North Atlantic Financial Crisis of 2008. Public funding of bank recapitalizations in Thailand and the extraordinary purchase of equities in Hong Kong, China have elements of the unconventional monetary policy known as quantitative easing (QE) that has received so much attention in major advanced economies in recent years.

During the Asian crisis, Western economists were skeptical about the macroeconomic benefits of government purchases of risky assets. The dominant framework was the efficient markets hypothesis, which argued that government interventions that alter the composition of private portfolios would have no effect on asset prices or economic activity. Since 2008, however, Western economists are far more sympathetic to the view that financial markets may not be efficient and may at times be destabilizing. An outpouring of research finds that large-scale purchases of assets, or QE, by central banks do have important effects on asset prices, as would be predicted by a model in which markets are not efficient, and assets are not perfect substitutes.

We develop a simple model of imperfect asset substitution and show that central banks (and governments) have more independent policy tools than is implied by a world in which markets are efficient. In the model, a central bank purchase of risky assets from the private sector raises the price of the assets and thus lowers their yield. The lower yield encourages the further issuance of risky assets to fund investment even at a fixed level of the short-term policy rate. This enables central banks to stabilize the economy even when conventional monetary policy is constrained by the zero bound on interest rates or a commitment to a fixed exchange rate. By supplying safe assets (money) and buying risky assets (bonds or equities), QE reduces the risk borne by private investors, making them more willing to spend, thus supporting growth and employment, particularly at times when risk aversion is high.

We show how public funding of bank recapitalizations in Thailand and the extraordinary purchase of equities in Hong Kong, China benefited these economies during the Asian crisis by supporting aggregate demand and keeping inflation close to target. We argue that Thailand’s bank recapitalization, in which the central bank acquired equity stakes, was more stimulative than the Republic of Korea’s program, which focused on loans to banks, because it removed more risk from private portfolios. Indonesia presents a cautionary tale in which excessive monetary expansion and the lack of a coherent framework led to a loss of monetary control and a bout of very high inflation. A key lesson is that unconventional monetary policy is not a panacea, and it must be used within the guidelines of a sound policy framework, such as flexible inflation targeting. Overall, we believe that these policies, within reasonable limits, can and did help to stabilize economies through channels that were not well understood at the time of the Asian crisis.

Of course, economists did understand the benefits of maintaining a functioning banking system, but they were less interested in the structure of the government support, in particular, whether it consisted of loans or equity stakes.

Joseph Gagnon is a senior fellow at the Peterson Institute for International Economics.
View all posts by Joseph Gagnon →