One year after the Fed liftoff: Consequences for emerging markets 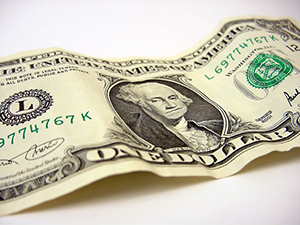 The Federal Open Market Committee, the official policy making body of the Board of Governors of the Federal Reserve System (Fed), announced the long-awaited increase, or liftoff, in the federal funds rate of 0.25% just over a year ago in December 2015. This action represented the beginning of a “return to normalcy” from the period since 2008 when the Federal Reserve had been operating at the zero lower bound. With the liftoff already 1 year behind us, market watchers widely expect continued, even abrupt, increases in United States (US) interest rates in the coming year.

This article argues for cautionary gradualism as the Fed returns to the use of the interest rate as its instrument for monetary policy. Yes, let us return to normalcy but in a very gradual manner.

Because interest rates cannot go below zero, the Fed has been using unconventional monetary policy measures, known as quantitative easing or large-scale asset purchases, to stimulate the economy in the face of the great recession.

By “large-scale” asset purchases, we really mean large scale. The monetary base in the US has risen from about $400 billion prior to 2008 to about $4 trillion in recent years. The world financial system is massively flooded with US dollars. Most of the liquidity injections remain as excess bank reserves, but some of these funds have found their way to Asia, particularly Hong Kong, China, which is experiencing massive property price inflation.

Of course, the Fed is not the only central bank to have engaged in these unconventional monetary policies. Figure 1 illustrates the growth of the balance sheets of four central banks: the Fed, the Bank of England, the Bank of Japan, and the European Central Bank. These balance sheet–gross domestic product (GDP) ratios represent the asset holdings of the central banks acquired through unconventional monetary policies. Having experienced asset-price deflation well before the US and Europe, Japan has been leading the way and far outdoing the Fed and other central banks in the use of these policy procedures.

Figure 2 shows the domestic credit growth–GDP ratios in 11 emerging market economies in Asia and the Pacific and South Asia. For each economy, the first bar represents the credit growth–GDP ratio before the onset of the Asian financial crisis in 1997; the second bar represents the same ratio for the previous year. We see similar ratios for the People’s Republic of China; Hong Kong, China; the Republic of Korea; Malaysia; and Singapore. For Viet Nam, for which we do not have data before the Asian crisis of 1997, we see similar magnitudes of credit growth relative to GDP.

We should not be shy about acknowledging how much of a break these quantitative easing policies represent from the Fed’s policymaking over the past 7 years. We have seen massive interventions, not just in banks but in non-bank financial institutions. Normally, major asset purchases of non-bank institutions are done by the US Treasury with the approval of Congress (such as the bailout of General Motors). Christopher Sims at Princeton has labeled these Fed actions as “quasi-fiscal” monetary policies.

With the US economy now in recovery mode, the Fed, quite understandably, is attempting a return to normalcy—to exit from unconventional policymaking. By normalcy, we mean a return to the use of the federal funds rate as the normal instrument for executing monetary policy.

There is much debate on the effectiveness of these unconventional policies in the US as well as in Japan, the eurozone, and the United Kingdom. No one is saying that these policies worked wonders. But there are other reasons why the Fed, or any central bank, would like to unwind its holdings of private-sector securities in its portfolio. This is not the traditional business of the monetary authority, and by and large, central bankers like to follow tradition.

Furthermore, holding large amounts of private-sector securities in its portfolio exposes the Fed and other central banks to the small risk of running a deficit should the returns on these securities take a nosedive. Never in its 103-year history has the Fed run a deficit. This is a nightmare scenario that the Fed and other central banks would not want to face. Such a nightmare would force the Fed to ask for a bailout from the US Treasury, which would entail congressional approval. The last thing the Fed wants at this time is for the US Congress to start meddling in the way it does its business. There is enough uncertainty in the world of finance without bringing into the Fed machinery members of Congress with an axe to grind about monetary policy.

So, the expectation is that we will see increases in the federal funds rate over the next several quarters, barring any faltering in the recovery, until the interest rate is back to a steady rate of about 2%.

The question left unasked is what these actions will do to emerging market economies. How gradual will the increases be? The US interest rate is the global risk-free rate against which all sorts of investment and portfolio decisions are made throughout the world. While industrialized countries have been in crisis mode, emerging market economies have gone on for more than a decade without a major financial crisis while enjoying plenty of liquidity, as we see in Figure 2. This is not just due to good luck. Having the US dollar interest rate at or near zero has been a helpful shield. But there are always dark clouds on the horizon in the world of emerging markets. A return to financial normalcy in the US could well bring with it a return to more frequent financial crises in the emerging developing nations of the world.

The upside for emerging markets is that a strengthening of the US dollar would bring increased demand for their exports by the US. In addition, higher interest rates, by definition, would bring higher returns to the massive holdings of US dollar foreign exchange reserves held by most of the Asian emerging-market central banks. These higher interest rates would, of course, also increase the interest payments of the US Treasury, increasing the already large US fiscal deficit.