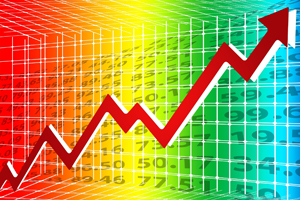 One of the key challenges for policy makers today is fostering an environment that promotes innovation and entrepreneurship to create robust economic growth. Public equity markets are typically central to such environments, and in particular the ability of firms to go public through the initial public offering (IPO) process. For example, since 1980, more than 40% of the firms that have gone public and transitioned to public equity markets in the United States have been technology firms, raising more than $250 billion in gross proceeds. The IPO markets have also grown significantly in East Asia, and this trend is expected to continue. In fact, the increase in the number of IPOs in Asia is much more stark when considering the relative proportion of Asia in global IPO markets. In 2016, 60% of all global IPOs were centered in Asia and the Pacific, mostly due to the People’s Republic of China. This was a significant increase from 42% back in 2013.

What exactly is the role of public equity markets in the innovation process and in the entrepreneurial eco-system more broadly? Public equity markets affect the innovation process through various dimensions. Maybe their most important role is in the provision of capital to fast-growing companies. While alleviating financing constraints through public equity markets might be important for all young firms, this might be particularly true in the case of technology firms, which rely heavily on public equity markets to finance their research and development (R&D) investments. Other forms of financing, such as debt, may be typically limited for technology firms due to the high degree of uncertainty associated with R&D investments and the lack of tangible assets in innovative projects.

Selling shares on public equity markets in an IPO event (and also in subsequent secondary offerings) also provides an important source of liquidity for early stage investors, such as venture capital (VC) firms. The availability of such exit opportunities affects the willingness of VC firms to fund early stage tech companies in the first place. Typically, the performance of VCs highly correlates with the performance of public equity markets. In periods in which the IPO market is active and the valuation of public equity markets is high, venture capital returns are high as well, and, subsequently, there are large inflows of funds into the venture capital industry. Such inflows trigger additional investments in entrepreneurial companies. Hence, there is a direct link between the health of the IPO markets and the financing of early stage technology start-ups in the entrepreneurial eco-system.

However, the transition to public equity markets does not come without a cost. Innovation activities typically require a long time and involve significant risk and uncertainty, and firms may be less inclined to innovate following an IPO. With quarterly earnings reports, analyst expectations, and stock price fluctuations, managers may be tempted to reduce such investments in innovation toward efforts that materialize more quickly—that is, managers may sacrifice long-term growth for short-term profits and more incremental types of innovation. The rise of such behavior may hinder and limit the innovation pursued by publicly traded firms.

There is growing evidence in the academic literature that following an IPO, firms’ innovation may benefit from activities that insulate managers from such stock market pressures. For example, institutional investors with long-term horizons, concentrated ownership, and even anti-takeover laws can provide managers of publicly listed firms an environment that is more tolerant to failures, and encourage managers to take riskier projects and more ambitious innovation activities, thus mitigating concerns that the transition to public equity markets may lower innovation.

← What are the policy options for reversing productivity decline?
Unconventional Monetary Policy in the Asian Financial Crisis →