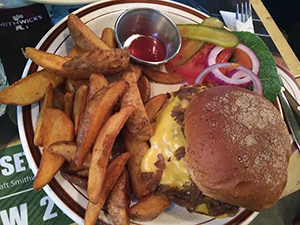 Obesity is a state of excessive body fat accumulation and is difficult to measure. Body mass index (BMI)—defined as weight in kilograms divided by the square of height in meters—has been used traditionally for its simplicity and the availability of data. Although shortcomings of using BMI have been acknowledged, its correlation with body fat percentage and its sensitivity in diagnosing obesity based on the body fat percentage have been verified for Korean people (Chung et al. 2016).

Examination of the evidence on obesity shows that the obesity rate is higher among adult males than adult females and also higher for the self-employed than employed adults. The obesity rate shows a weak U-pattern with income for employed adults. The rate has also been growing over time, especially for males and younger adults, indicating the likelihood of increasing obesity in the future.

Obesity has a clearly measurable impact on health and health-related costs. The World Health Organization (2009) estimates overweight and obesity to be the third-greatest risk factors after tobacco use and high blood pressure in high-income countries (those with 2004 gross national income per capita in excess of $10,066), including the Republic of Korea, and are responsible for 8.4% of deaths.

Good and reliable estimates of obesity’s economic burden can help us to develop and prioritize appropriate health interventions for reducing obesity. However, our estimated economic burden of obesity may be underestimated to the extent that those with limited access to medical care, such as the poor, are more likely to be obese, as shown in the literature (Cawley and Meyerhoefer 2012).

The fundamental cause of obesity is an imbalance between calories consumed and calories expended. According to the United States National Institutes of Health (https://www.nhlbi.nih.gov/health/health-topics/topics/obe/risks), other causes include lack of physical activity, unhealthy eating behaviors, not enough sleep, high amounts of stress, age, unhealthy environments, family history and genetics, and race, ethnicity, and gender-related factors.

The Organisation for Economic Co-operation and Development (2010) found that interventions, such as health education and promotion, regulation and fiscal measures, and counselling in primary care, are effective in tackling obesity and have favorable cost-effectiveness ratios relative to the scenario where chronic diseases are treated only as they emerge.

The concerned ministries and laws have introduced many interventions to improve diets and increase physical activity in the Republic of Korea. For example, the Ministry of Health and Welfare provides budget support to local government obesity programs, develops and publicizes educational materials, and provides vouchers for physical activity and diet-related management services for obese children. The National School Lunch Act, introduced in 1981, has provisions on school dietitians, nutritional requirements, and dietary consultations.

However, assessments by experts have deemed such interventions to be poorly coordinated and overly focused on children. Moreover, notably, the Organisation for Economic Co-operation and Development advises that combining interventions in a multiple-intervention strategy can provide affordable and cost-effective solutions and significantly enhance health gains relative to isolated actions.