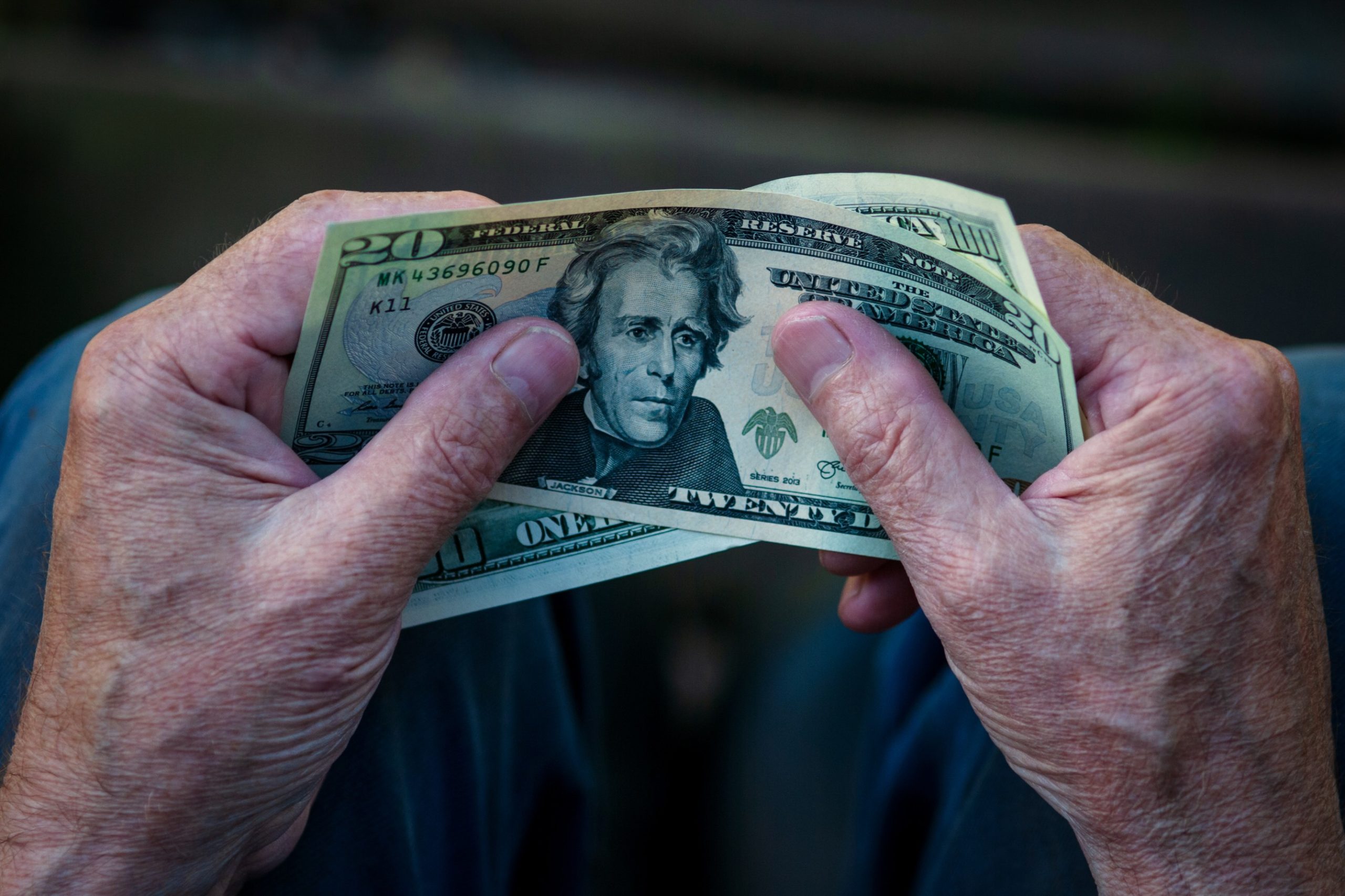 A tightening United States (US) monetary policy cycle in 2022 in the face of severe inflationary pressures has led to a broad-based appreciation of the US dollar. Over the period from January until the end of November 2022, the currencies of emerging market economies (EMEs) relative to the dollar have depreciated by around 10% on average, with Hungary and Türkiye experiencing currency falls of 25% or more (see Figure 1).

As commodity prices rose during 2022, net commodity exporters largely experienced less-severe depreciations, benefiting from US dollar-invoiced export revenue, while the currencies of some commodity-exporting Latin American countries actually strengthened. Advanced economies have also been affected, with the euro depreciating by 11% and the Japanese yen by around 23%, the latter also driven by a continued loose monetary policy stance in Japan and a widening interest rate differential relative to the US.

Figure 1: Currency Fluctuations Relative to the US Dollar, January–November 2022 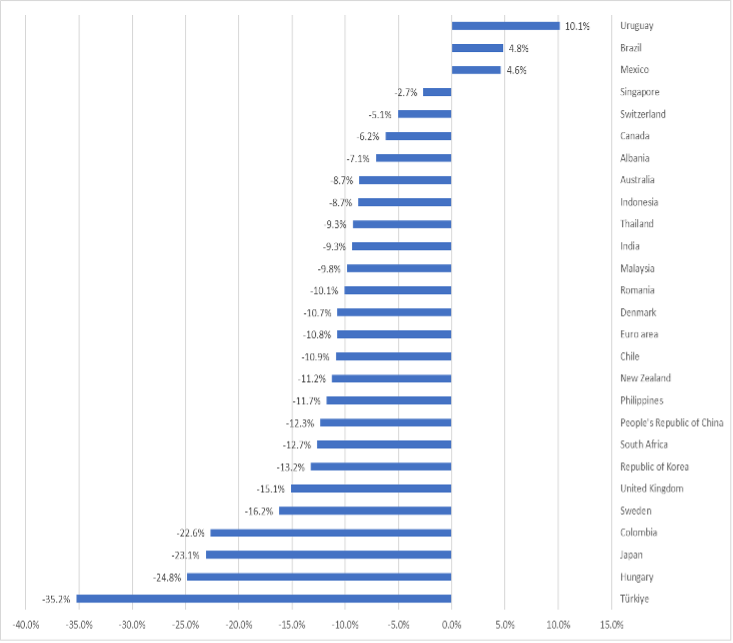 To set some context for recent developments, as of November 2022, the US dollar lies at its highest level since the 9/11 terrorist attacks in 2001 (see Figure 2). In the period following the Asian financial crisis in 1997, the US dollar also appreciated sharply until September 2001, after which US interest rates declined to support the economy.

The US dollar remained relatively stable in the aftermath of the global financial crisis while widening yield differentials in the US relative to other major advanced economies given differences in growth trajectories led to a dollar appreciation during 2014 and 2015. The dollar then fell sharply after the onset of the pandemic, as the Federal Reserve loosened monetary policy and implemented quantitative easing operations to dampen long-term bond yields. The appreciation in the dollar since the invasion of Ukraine in February 2022 reflects higher yields in the US as it combats inflation, which was in part driven by rising food and energy commodity prices as well as the post-pandemic US recovery in demand. During November 2022, the appreciating US dollar reverted slightly, given expectations of less aggressive US monetary policy tightening and some easing in inflationary pressures. 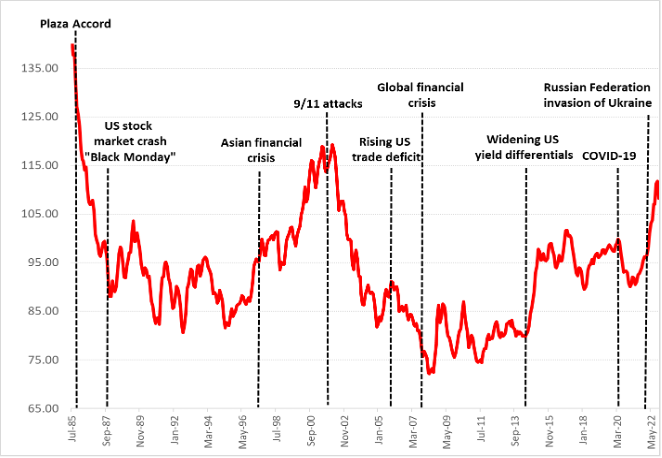 Note: Reported is the DXY index over the period January 1985–November 2022 (monthly), which measures the value of the US dollar relative to a basket of other currencies.
Data source: Bloomberg data (accessed 2 December 2022).

Higher yields in the US, in conjunction with amplified global risk aversion and uncertainty, have led to a flow of capital into US dollar-denominated assets (International Monetary Fund 2022). While many EMEs, particularly in Asia, are more resilient to external shocks than in the past given stronger macroeconomic fundamentals overall and more favorable current account positions, recent developments pose challenges in managing capital flows, with record levels of emerging market bond fund outflows taking place during 2022. In addition, while currency depreciation makes economies more competitive, global and regional value chain participation weakens the extent of this effect. In the case of Asian economies, around two-thirds of overall trade is embedded in global and regional value chains, implying a large share of competitiveness gains via lower export prices are offset by higher import prices (ADB 2022).

Sharp fluctuations in US dollar exchange rates also have well-documented negative implications for the EME growth outlook (e.g., Hofmann and Park [2020]). Commodity price rises during 2022 weigh further on global currencies relative to the US dollar for net commodity importers given that they are priced in US dollars, thereby negatively affecting trade balance positions. With around 40% of global commodities priced in US dollars, imports are more expensive in local currency terms, and inflation pass-through remains a key concern for economies whose currencies have depreciated. Weaker external demand also inhibits the extent to which currency depreciation triggers a boost in net exports. The exchange rate adjustment in EMEs therefore reflects both higher US rates and a terms of trade shock that favors net exporters of commodities. 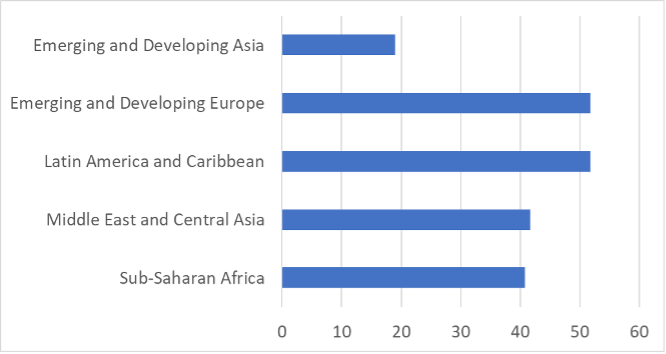 The short-term policy options are limited given the dominance of US monetary policy in affecting global financial markets and US dollar invoicing in almost half of global trade and investment (e.g., Obstfeld [2020]). During 2022, EMEs are engaged in what has been described as a “currency war in reverse,” whereby the yield spread relative to the US is dampened through higher EME central bank policy rates.

While EMEs also face inflationary pressures related to supply chain disruptions from the Ukraine conflict that have amplified energy and food prices commodities, a tightening in domestic monetary policy in EMEs prevents higher imported inflation from the US via currency depreciation relative to the US dollar and also mitigates against sharp net capital outflows. This comes at the risk of weakening the growth outlook, however, especially through rising costs of borrowing and threats to debt sustainability, which could also hamper investment. While Asian EMEs overall have a more robust growth outlook for 2023 than other EME regions, there remains significant within-region heterogeneity.

To defend their currencies against excessive depreciation, as well as raising rates, many EMEs have intervened in foreign exchange markets, selling US dollars from foreign reserves and buying domestic currency. Asian EMEs, including India, Indonesia, the Phillipines, and Thailand, reinforced the impact of raising interest rates in their economies with intervention given the large holdings of foreign exchange reserves, accumulated through during previous episodes of accomodative US monetary policy and capital inflows. However, unilateral intervention is unlikely to avert any trend depreciation given the fundamental trajectory of US monetary policy. Such intervention tends to be more effective in reducing volatility than achieving a particular exchange rate level, or for combatting speculative currency attacks (e.g., Mohanty and Berger [2013]; Disyatat and Galati [2007]). It is also important to note that foreign exchange reserve holdings in US dollars are limited in supply, implying that a strategy of successive rounds of intervention is not a sustainable solution. Moreover, the adequacy of reserve holdings needs to be considered in the context of ensuring that external debt servicing obligations are not compromised. It is also to be noted that an abrupt and substantial depletion of foreign exchange reserves, while supporting currencies, could have negative implications for sovereign credit rating assessments.

In the short term, EMEs should continue to manage inflationary pressures through well-coordinated domestic monetary and fiscal policies, in particular through ensuring that fiscal policies aimed at mitigating the effects of cost-push inflation do not aggravate inflation expectations. This would also help to limit excessive pressure on fiscal and current account balances. In the current context, given that economies heavily reliant on imports of food and energy commodities face the most severe impacts on exchange rates and inflation, a crucial role exists for fiscal policy support. For sharp or excessively volatile fluctuations in EME currencies, which may affect the functioning of financial markets or risk a de-anchoring of inflation expectations, foreign exchange intervention may be appropriate.

Over the longer term, while borrowing in US dollar-denominated debt will continue to be necessary for many EMEs, policies should aim to reduce exposure to abrupt US dollar fluctuations. This can include debt restructuring and debt servicing schemes that feature currency hedging components, as well as further progress on local currency bond market development. In addition, capital flow volatility may call for an assessment of the macroprudential policy toolkit that would help to smoothen exposure to foreign currency debt and maturity mismatches.

Finally, structural policies should be aimed at further enhancing the diversification of EMEs in global trade and finance, boosting productivity and long-run growth potential and insulating economies from terms of trade shocks and spillovers from abroad. In this regard, improving efficiency in the management of public finances, as well as fostering more effective regulation and supervison in the financial sector, will help to bolster EME resilience during episodes of financial distress, including those driven by tightening global financial conditions.

Disyatat, P., and G. Galati. 2007. The Effectiveness of Foreign Exchange Intervention in Emerging Market Countries: Evidence from the Czech Koruna. Journal of International Money and Finance 26(3): 383–402.

Pradeep Panthi is a research associate at ADBI.
View all posts by Pradeep Panthi →
← The “invisible” water crisis: Groundwater sustainability in Asia and the Pacific
Promoting innovative climate finance in emerging and developing economies →