Protecting victims of climate-induced migration and displacement in South Asia 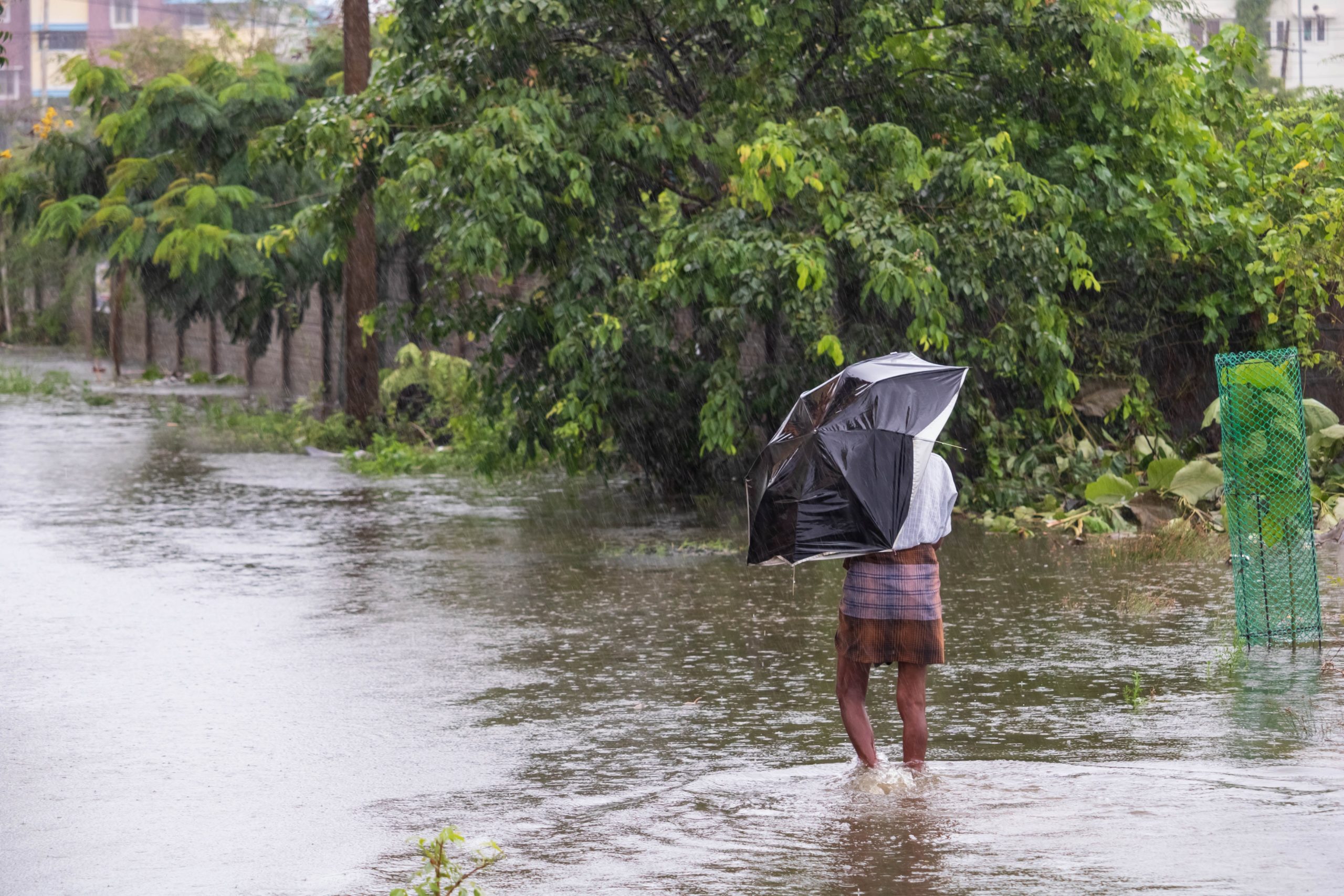 South Asia, one of the most climate-vulnerable regions, is home to a quarter of the world’s population. With its high poverty levels, the region is extremely susceptible to climate change-induced displacement and migration, the majority of which tend to be internal (Asian Development Bank 2012; Rigaud et al. 2018). Over the last 5 years, weather-related disasters have internally displaced over 29 million people in South Asia (Figure 1). The Global Report on Internal Displacement (IDMC 2022) lists floods, cyclones, and drought as the most notable climatic disasters causing displacement in South Asian countries.

Figure 1: (a) Internal Displacement of People Due to Weather-Related Events in South Asia; (b) Top Five Countries Recording the Highest Displacement

Rigaud et al. (2018) estimate that the number of internal climate migrants in South Asia will reach approximately 35.7 million by 2050. The estimates for climate migrants are much higher in a study by Singh et al. (2020), which states that by 2050, more than 62.9 million South Asians will be forced to migrate from their homes due to climatic disasters. Nevertheless, it should also be noted that migration is only feasible as long as there are places to go and people are not restricted by social, economic, and political considerations and constraints.

Climate change-induced migrants originate primarily from marginal areas, where people with low skill levels reside, as well as low-lying cities and coastlines vulnerable to sea-level rises and areas of high water and agricultural stress (Rigaud et al. 2018; Sedova and Kalkuhl 2020). Rigaud et al. (2018) pointed out that eastern and northeastern Bangladesh, the northern part of the Gangetic Plain, and the corridor from Delhi to Lahore are hotspots for out-migration in South Asia (Figure 2). The decline in agricultural productivity, especially in the rice-growing areas of Bangladesh and India, is likely to displace people from these regions. Rising sea levels and storm surges are also expected to cause out-migration in several coastal metropolitan cities, including Mumbai, Chennai, Chittagong, and Dhaka.

Climate migrants are more likely to travel to places with better climatic conditions for agriculture as well as cities that will provide them with better livelihood opportunities (Rigaud et al. 2018; Sedova and Kalkuhl 2020). In South Asia, Rigaud et al. (2018) project that the southern Indian highlands (especially between Bangalore and Chennai), parts of Nepal, and western Bangladesh, are likely to emerge as climate in-migration hotspots (Figure 2). In western Bangladesh, in-migration is particularly expected in the cropland areas of the Ganges River basin, where improvements in water availability and crop productivity are likely to take place. The study further highlights that by 2030, climate in-migration hotspots would also begin to emerge in the southern Gangetic Plain. All these in-migration hotspots are likely to enjoy more favorable climatic conditions, and there would be an overall improvement in water availability in southeastern India.

Climate migrants can be classified as either short-term (temporary and seasonal) or permanent migrants based on their temporality. Climate-induced migration can also be voluntary or involuntary, depending on the intention of migration.

Temporary and seasonal climatic variations (e.g., unexpected crop loss due to climatic uncertainty, shortage of irrigation water in the dry season, lack of economic opportunity in the lean season) often lead one or two members of the affected households to migrate in order to make temporary income arrangements (Jha et al. 2017). Once conditions have been restored, these migrants return to their original homes (Jolly and Ahmed 2018). Such migration is quite common across South Asian countries, especially in India, Bangladesh, Nepal, and Pakistan (Maharjan et al. 2020).

In the face of continuous climatic changes, recurring losses of assets and livelihoods, and a high level of vulnerability in their homeland, people tend to migrate permanently from their original homes (Jha et al. 2017). Slow-onset events (e.g., desertification and sea-level rise) are more likely to be associated with such migration (Piguet et al. 2011). Permanent migration lowers vulnerability when it is accompanied by the acquisition of skills and increased income. However, it is detrimental when followed by insufficient employment opportunities or poor living conditions at the destination, as evidenced by Maharjan et al. (2020) in South Asia.

Voluntary migration occurs when people make the choice to move to enhance their resilience to changing climatic conditions. In South Asia, wealthier families and families with more adult members are more likely to participate in voluntary migration in order to earn more money and invest in climate-resilient livelihood alternatives in their homeland (Bhatta et al. 2015).

Certain parts of the world are becoming less viable to live in as a result of climate change impacts, often referred to as climate change hotspots. As a result, residents from these areas have been forced to leave their original homes because these areas have degraded to the point that they are no longer habitable (Jolly and Ahmed 2018). The subsidence of islands in the Sundarbans (parts of India and Bangladesh), for example, has forced several people to flee. Small island states in South Asia, such as the Maldives and Sri Lanka, are expected to witness significant involuntary migration as sea levels rise further (Jolly and Ahmed 2019).

It is also worth noting that, despite being vulnerable to the impacts of climate change, not everyone is able to migrate. Migration is often constrained by a lack of access to the necessary social networks, assets, and sometimes an emotional attachment to the homeland. These impoverished people, as mentioned by Black et al. (2011), are trapped in such a condition that they must face double risks, i.e., risks of climate change as well as economic hardships.

Given the developmental challenges associated with displacement and migration, global-level mitigation initiatives to offset the severity of climate change should be adopted in conjunction with local-level adaptation strategies.

Jha, C. K., V. Gupta, U. Chattopadhyay, and B. A. Sreeraman. 2017. Migration as Adaptation Strategy to Cope with Climate Change: A Study of Farmers’ Migration in Rural India. International Journal of Climate Change Strategies and Management 10(1): 121–141.

Pritha Datta is a research scholar at the Indian Institute of Technology Kharagpur, India.
View all posts by Pritha Datta →