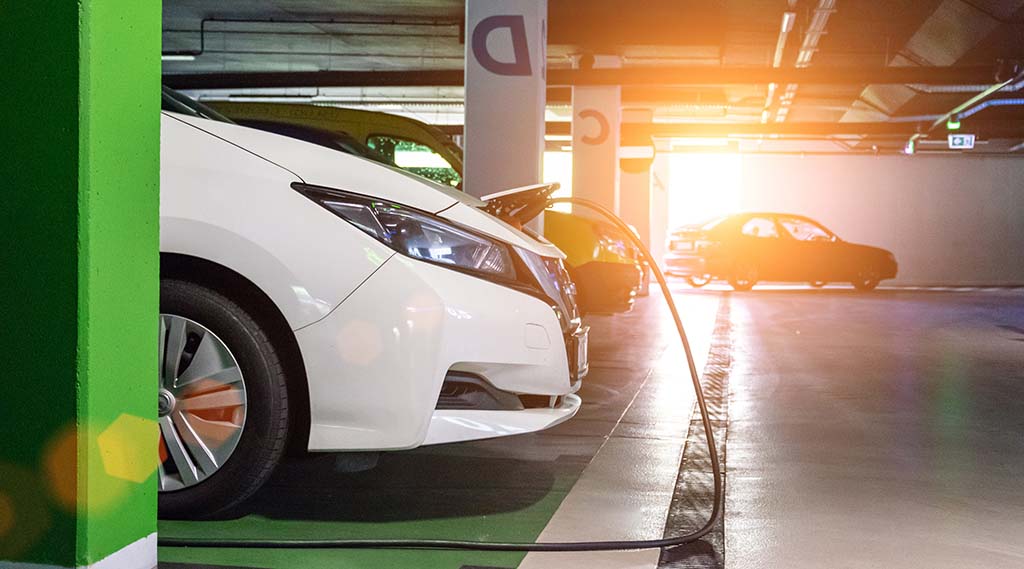 Reductions in emissions of carbon dioxide and other greenhouse gases (GHG) must be achieved in the coming decades to avoid catastrophic global temperature rises. Limiting global warming to within 1.5°C will require rapid, far-reaching, and unprecedented changes in all sectors. GHG emissions in Asia and the Pacific now account for over 50% of the world’s total.

These warnings and the urgent need for climate action and solutions were discussed at the 2021 ADBI Annual Conference on Climate Change Mitigation and Green Finance, held on 1–3 December, which featured a keynote speech from Jim Skea, Co-Chair of the Intergovernmental Panel on Climate Change’s Working Group III, and remarks from Asian Development Bank President Masatsugu Asakawa.

During the conference, COP26 President Alok Sharma highlighted in his keynote speech the role of the Glasgow Climate Pact (UNFCCC 2021) in bringing countries to the table to revisit and strengthen their 2030 emission reduction targets in alignment with the Paris temperature goals.

Junhong Chang, Executive Director at the World Bank Group, noted that climate finance commitments by major multilateral development banks rose to a total of $66 billion in 2020 from $61.6 billion in 2019, and 58% ($38 billion) was committed to low- and middle-income economies.

We highlight some of the key findings and recommendations from the ADBI Annual Conference.

The energy sector in developing Asia heavily depends on fossil fuels, and energy prices are often subsidized, or government controlled. Huge investments are needed to promote clean and renewable energy. Yet, public expenditure in the region is constrained, and this has been especially compounded by high COVID-19-related expenditures. The intermittency of variable renewable energy (due to clouds and wind speed changes) requires investments not only in renewable energy but also in energy storage, electricity transmission lines, and other infrastructure. The power sector is undergoing significant transition, and variable renewables will be the main building block for low-carbon power systems. Electricity systems will also have to handle the challenges from rising variable renewables. Flexibility is the key to electricity security, which requires timely investments in flexible resources such as dispatchable power plants, grids, demand side, and energy storage. The following solutions were proposed:

Realizing the potential of buildings

The building and manufacturing of building construction materials sectors account for approximately 38% of global GHG emissions and consume 35% of total energy (Figure 1). As University of Birmingham Professor of Cold Economy Toby Peters explained, 20% of all electricity used is in buildings, and cooling accounts for more than 7% of global GHG emissions and is the fastest-growing source of hydrofluorocarbon emissions. The manufacturing of steel and cement, which are widely used as construction materials in buildings, accounts for 14%–16% of global energy-related CO2 emissions (S&P 2021). If the cement industry were a country it would be the third-largest emitter (The Economist 2021). Five countries—the United Kingdom, India, Germany, Canada, and the United Arab Emirates—have pledged to support demand for low-carbon steel, cement, and concrete. Recommendations at the conference included:

Enhancing the resilience of agriculture, forestry, and land use

Agriculture is both a major cause and a victim of climate change. Agriculture and land-use change contribute to about a quarter of global GHG emissions. However, agriculture is very dependent on weather and climatic conditions, making it is the most vulnerable sector. Achieving food and nutritional security for growing populations is severely threatened by climate change. Failure to act quickly to reduce GHG emissions and improve the resilience of the agricultural sector could increase food insecurity, malnutrition, and even lead to famine. Although climate change is pervasive, developing countries suffer the most due to a lack of resources for investing in adaptation. It also disproportionately affects the poorest and vulnerable populations, especially in low- and middle-income countries.

Junhong Chang, Executive Director at the World Bank Group, explained how climate change may push over 130 million into poverty by 2030 and could drive 216 million people to migrate within their own countries by 2050. Proposed solutions for agriculture, forestry, and land use included the following:

Road transport accounts for over 10% of global GHG emissions, with emissions rising faster than in many other sectors. A declaration to sell only zero-emission transport vehicles (ZEVs) globally by 2040, and by no later than 2035 in leading markets, was signed at COP26 by many governments, local and regional authorities, and automotive companies and investors. These new targets aim to accelerate the transition to ZEVs in a bid to achieve the Paris Agreement’s goals.

Largely due to an increase in income, urbanization, and population, the demand for transport services will increase significantly. Robin Hickman, Professor of Transport and City Planning at University College London, highlighted projections by the International Transport Federation that estimate that by 2050, the number of vehicles globally would increase to 2.4 billion from 1 billion vehicles in 2015. Although battery electric vehicles could be a better alternative to fuel-based automobiles for mitigating air pollution, their higher cost and the lack of ubiquitous charging infrastructure networks are major bottlenecks. Recommendations for decarbonizing the transport sector included:

Greening the energy sector is important, but other sectors, such as the transport, building, and agriculture sectors, also need to play their role in climate change mitigation. Developing Asia has some common barriers and issues, but there are also regional and country-specific disparities due to differences in climatic and geographical conditions, energy market development, and the quality of existing infrastructure. The 2021 ADBI Annual Conference offered many promising solutions, but not all questions could be answered. The remaining challenges include a commonly accepted green finance taxonomy and harmonized carbon taxes. The solutions to these and other issues will require strong regional cooperation and resolve.

The Economist. 2021. How Cement May Yet Help Slow Global Warming. 6 November.

Peter J. Morgan is a senior consulting economist and advisor to the dean at ADBI.
View all posts by Peter J. Morgan →
← Carbon pricing’s potential to reduce emissions in Australia offers lessons for Asia
Circularity of plastics: From managing waste to generating less waste →