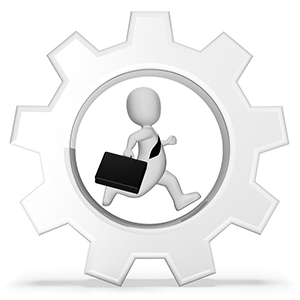 In theory, a distortion refers to a departure from the perfect competitive equilibrium with no externalities and in which resources have been optimally allocated so that each economic agent maximizes his or her own welfare. Thus, distortions are closely associated with market imperfections. In reality, an economy with no distortions does not exist—both advanced and developing economies use government interventions, such as stabilization policies, development strategies, industrial policies, administrative regulations, and so forth, which can be viewed as distortions, broadly defined.

Nevertheless, the extent to which the economic system is distorted differs substantially among countries. In general, the development phase, resource endowments, institutional arrangements, and socioeconomic factors play a crucial role in explaining these differences. Specifically, a “night-watchman” state, where an economy functions under the laissez-faire principle with minimal distortions, and a “paternalist” state, where the welfare system covers from “cradle to grave,” are commonly considered as two extreme types. Most countries, if not all, lie between them.

Perhaps more importantly, distortions are motivated by various purposes, good or bad. We can identify two types of distortions in terms of purpose. Some distortions, called “original sin,” are due to underdeveloped market systems. Others, which manifest as strong government intervention, are mainly caused through the motivations of developing countries to enact strategies to catch up in terms of growth. For this purpose of catch-up, some former or current developing economies, especially those in East Asia, including Japan, the four “Asian dragons,” (namely, Hong Kong, China; the Republic of Korea; Singapore; and Taipei,China) and the People’s Republic of China, have achieved impressive growth performance through various distortionary policies. These policies include selective industrial policies, financial repression, trade and exchange rate arrangements, price “scissors” between industrial and agricultural products, and discrimination between public and private ownership.

Although distortions due to either “original sin” or “catching-up growth” may contribute to industrial transformation and economic take-off, as an economy reaches a certain point of maturity and a higher income level, the adverse effects of distortions on the economy’s long-term growth potential will surpass their favorable effects. We can consider two main reasons: (1) Thanks to a sound market system, growth in a high-income economy may already be close to its steady state and, thus, mainly driven by innovation and technological progress. In this context, further distortions may take the economy off its sustainable growth path. (2) Some distortions, such as fiscal expansion and trade protection, may immediately stimulate economic growth in the short run, whereas their adverse effects, such as efficiency losses, asset bubbles, and environmental costs, come later. To a large extent, this caveat explains why emerging Asian economies, despite benefiting from distortionary policies early on, face tremendous challenges after reaching middle-income status. In a sense, some of them, including Thailand, Malaysia, Indonesia, and the Philippines, have been trapped at the middle-income level since the 1997–1998 Asian financial crisis.

Impact of distortions on economic performance

The above theoretical arguments can be supported by evidence. Drawing on a panel of 50 major economies, we first show that market freedom, in general, helps to tackle business cycles, whereas foreign trade is a major source of economic fluctuations. The role of government spending as a macroeconomic stabilizer is, however, ambiguous. According to our regression results, only in the sample of high-income economies can this role be detected. Turning to the distortions–economic growth relationship, we provide evidence that distortions can hinder the engine of long-term growth, measured by total factor productivity (TFP), in high-income economies. In contrast, distortions may help middle-income economies to achieve faster TFP growth.

Evidence from the People’s Republic of China’s provinces and province-level regions is, albeit with some differences, broadly consistent with international experiences. First, marketization, measured by the Marketization Index, significantly promoted the regional growth of TFP during the period 1997–2014. Thus, distortions had significant negative effects on TFP growth during this period. However, in the early stage of development during 1978–1991, distortions, measured by the relative size of state-owned enterprises, played a significantly positive role in TFP growth.

While the above empirical findings need to be treated with caution, we can conclude that distortions have a mixed impact on economic performance. At the early stage of development, facing domestic institutional imperfections and heated competition from abroad, intensive distortions, especially selective industrial policies and development strategies, can be used for mobilizing resources, accumulating capital, and protecting infant industries. Nevertheless, as an economy matures in terms of both its industrial structure and market institutions, the adverse effects of the distortions will begin to show. In particular, distortions may change the incentives and behavior of private economic agents through rent seeking by the government sector, thereby hindering innovation and long-term growth.

Further discussion should extend to the following open-ended questions. First, the question of whether to maintain the appropriate distortions or resolutely eliminate distortions depends on how the distortions are defined and which benchmarks, such as from the economic, social, or political perspectives, are used. Clearly, different benchmarks will lead to different policy implications.

Second, governments that rely on distortions have many reasons for keeping them. The “advantage of backwardness,” “second-best principle,” and many other arguments may justify these favorable distortions. However, it should be noted that all these arguments can be true only on the condition that a matured market system has not yet been built. If this condition is not satisfied, favorable distortions may have opposite effects to those intended.

Third, some fundamental theoretical questions regarding distortions remain unsolved. For instance, allowing the market to play a decisive role and the government to play a better role, a crucial commitment made at the Third Plenary Session of the 18th Central Committee of the Communist Party of China in 2013, has produced some vague areas. Indeed, exploring the respective boundaries of the government and the market is a matter of both practice and theory. If, for instance, we believe that theoretically it is necessary to maintain favorable distortions, then the appropriate distortions should be clearly defined. Otherwise, distortions like government “offside” (doing too much and acting beyond its authority), perhaps under the “catch-up” slogan, may hinder the catch-up process and cause the economy to fall into the middle-income trap more quickly.

Xiaojing Zhang, is a professor of economics and the Deputy Director-General of National Institution for Finance & Development, Chinese Academy of Social Sciences (CASS).
View all posts by Xiaojing Zhang →

Cheng Li is an associate professor at the Institute of Economics, Chinese Academy of Social Sciences, and a research Fellow at National Institution for Finance and Development, China.
View all posts by Cheng Li →