Is corruption “sand in the wheels” for credit markets? Evidence from European MSMEs 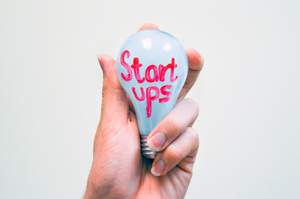 Bank credit is a crucial financing tool for micro, small, and medium-sized enterprises (MSMEs) given their difficulty in entering equity markets. However, accessing bank credit is not as easy as one might think. Specifically, MSMEs often face difficulties when they need to provide valid collateral to loan officers (Cowan, Drexler, and Yañez, 2015). Additionally, in times of crisis—such as that which recently occurred in Europe—liquidity shortages and credit restrictions further weaken access to bank loans for MSMEs (Popov and Van Horen, 2015; Popov and Udell, 2012). This is not a minor consequence, especially if one considers that MSMEs are important drivers of the European economy; in the European Union they represent 99% of non-financial firms, provide jobs to more than 91 million people (67% of employment), and generate about 60% of total value added (European Investment Fund, 2016).

Our recent research investigates how, apart from a country’s economic and financial features, corruption affects the credit market for MSMEs.

There is little empirical literature on the effects of corruption on MSMEs’ access to bank credit. This is particularly unfortunate given that corruption is considered a major obstacle to economic growth. Indeed, corruption mainly acts as a barrier to competition; reduces both domestic and foreign private investment; misallocates public resources, which negatively affects the efficiency of public investments; and reduces the level of institutional trust.

In a highly corrupt environment, bribes represent a barrier to entry, especially for MSMEs (World Bank, 2007). This happens because the scarcity of financial resources, lower bargaining power, and difficulty in accessing bank credit make it very difficult for MSMEs to refuse the payment of bribes.

Hence, we study how corruption may affect MSMEs’ demand for bank credit. Our research hypothesis is that where corruption is higher, smaller firms are more likely than their larger peers to self-restrain from applying for bank loans due to the anticipation of denial from the lender.

The study is based on a large sample of 68,115 observations related to MSMEs chartered in the 11 largest eurozone economies—Austria, Belgium, France, Finland, Germany, Greece, Italy, Ireland, the Netherlands, Portugal, and Spain—observed during the period 2009–2014. Our data are drawn from the European Central Bank Survey on the Access to Finance of Enterprises, which is jointly run by the European Central Bank and the European Commission.

We employ two measures for corruption, namely freedom from corruption (drawn from the Heritage Foundation)—for which scores are primarily derived from Transparency International’s Corruption Perception Index—and control of corruption (Worldwide Governance Indicators), both of which are available for all the countries and on a yearly basis.

Figure 1. Map of Freedom from Corruption in Europe 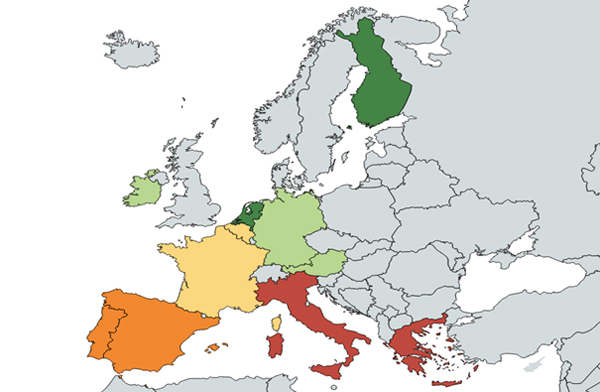 Overall, our investigation highlights that small firms are about 6.5% more likely than their larger counterparts to self-restrain from applying for bank loans due to the fear of rejection.

Interestingly, this percentage changes significantly when we look more in depth for the effect of corruption. Indeed, we find that after controlling for a wide set of firm characteristics, macro features, and the banking market, a higher (lower) level of corruption translates into a greater (lower) probability to self-restrain from applying due to the fear of rejection. Specifically, small firms are 7.4% more likely than their larger peers to self-restrain in highly corrupt economies.

Finally, our findings suggest that the quality of institutions matters in the credit market. In this respect, anti-corruption policy measures can play an important role in removing the perceived obstacles to access to bank credit for MSMEs and can consequently contribute to the process of economic growth.
_____

Emma Galli is professor of Public Finance at the Department of Social and Economic Sciences of Sapienza University of Rome (Italy).
View all posts by Emma Galli →