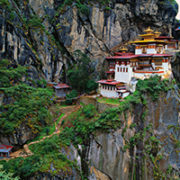 The financial crisis of 2008 sent shock waves across the world as economies collapsed or were severely damaged or crippled. Since then, many other crises have ensued, covering issues including debt, finance, stock markets, the environment, natural disasters, society, social media, governance institutions, politics, the nation state, and, most recently, global health pandemics. In a rapidly changing world, the number and frequency of global crises have not slowed or decreased. Rather, such crises are mounting, accelerating, and recurring.
Comment