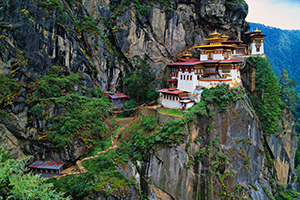 The financial crisis of 2008 sent shock waves across the world as economies collapsed or were severely damaged or crippled. Since then, many other crises have ensued, covering issues including debt, finance, stock markets, the environment, natural disasters, society, social media, governance institutions, politics, the nation state, and, most recently, global health pandemics. In a rapidly changing world, the number and frequency of global crises have not slowed or decreased. Rather, such crises are mounting, accelerating, and recurring.

A number of eminent scholars are increasingly turning their attention to the question of what trends the growing frequency of crises might have in common. Nobel-prize winning economists including Amartya Sen and Joseph Stiglitz suggest that the increasing occurrence of crises illustrates the limitations of the dominant growth-led development paradigm. Additionally, they argue that what is being measured as a yardstick of “progress”—and perhaps the yardstick itself—is deeply flawed and no longer viable.

The critique of growth is not surprising because the creator of the world’s first set of gross national product accounts in the 1930s, Simon Kuznets, would later become one of the greatest critics of his own invention, noting that the welfare of a nation cannot be inferred from the measurement of income (Cobb, Halstead, and Rowe 1995: 68). Indeed, there are several problems with using gross domestic product (GDP) as a measure of progress:

Given the above gaps in using GDP as a measurement of a nation’s progress, the unquestioned aim of forever-increasing GDP has recently come under mounting scrutiny and criticism (Stiglitz 2013; Jackson 2009). Nobel laureates Amartya Sen (Nobel prize in economics, 1998), Joseph Stiglitz (Nobel prize in economics, 2001), and Elinor Ostrom (Nobel prize in economics, 2009) have argued that GDP is a narrow measure of human development and propose moving beyond its confines. International multilateral banks, financial institutions, and international development organizations have begun to think ahead to varying degrees, anticipating and planning for the unpredictable, yet perhaps inevitable, deep altering or collapse of GDP beyond its present conceptualization.

There is a growing body of evidence that people’s well-being does not depend on income, consumption, and growth-at-all-costs, and that higher rates of economic growth, or increases in income, do not result in happiness in the long term (Easterlin et al. 2010). Despite a growing body of work that argues for the urgent need for holistic alternatives, GDP continues to dominate much of the mainstream development thinking, policy, and implementation, while few alternative paths to development exist in practice. Out-of-the-box thinking and solutions are urgently required to address this gap in conventional development economics, while lessons from alternative well-being and degrowth development paths are urgently needed.

One ground-breaking approach from a small land-locked country in Asia and the Pacific stands out as a leading example globally and provides knowledge and hope. Bhutan’s Gross National Happiness (GNH) provides data, research, and policy guidance on the institution of a rare, living development alternative that holds sustainable socioeconomic development on equal terms with environmental conservation, good governance, and cultural preservation (Verma 2017).

Elaborated on by the fourth King of Bhutan, Jigme Singye Wangchuck, in the 1970s, GNH provides a much-needed antidote to the narrow confines of GDP. It has been institutionalized as an index of measurement of well-being and happiness at regular intervals in Bhutan. The results are staggeringly commendable. Bhutan is the only carbon-negative country in the world, with over 70% of the nation under forest cover and ecologically protected. It is one of the most sought-after travel destinations in the world given its promotion and conservation of culture and its policy of high-value, low-impact tourism. It is also heralded as having had one of the most peaceful transitions to democracy in the world. Of interest to economists, it has one of the highest rates of GDP growth in the global South, all the while ensuring universal health care and education for its population.

Bhutan shows us that by viewing development problems, questions, and issues through the lens of the nine GNH domains—living standards, health, education, good governance, ecological diversity and resilience, community vitality, time use, cultural diversity and resilience, and psychological well-being—their very framing and analysis expands considerably, especially in internalizing environmental, sociocultural, and well-being factors that are otherwise neglected by GDP.

Beyond the Himalayan kingdom, GNH principles have also influenced global thinking on development in other countries in Asia and the Pacific and beyond, in organizations, businesses, and multilaterally, for example at the level of the United Nations. GNH is particularly scalable in small nation states, such as the islands of the Pacific that share similar development challenges, especially in light of the narrow measure of GDP. Carrying out research and exploring knowledge exchange and the uptake and adoption of GNH as an alternative development approach in countries that share similar challenges will be critical in the future.

During his coronation speech in 2008, the fifth King of Bhutan, Jigme Khesar Namgyel Wangchuck, stated that GNH is development with values. Indeed, GNH provides an innovative lens to strive for policy-relevant analysis, research, evidence, and solutions for developing countries as they strive toward new and holistic solutions with the potential of averting planetary crises in an era of globalization, growing inequality, and climate change.
_____