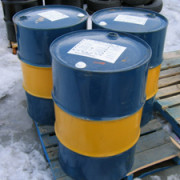 In recent years, the sharp increase in oil prices that began in 2001 and the two sharp declines that followed in 2008, due to the subprime mortgage crisis, and at the end of 2014–early 2015 have renewed interest in the effects of oil prices on the macro economy. Most recently, the price of oil has more than halved in a period of less than 5 months since September 2014. After nearly 5 years of stability, the price of a barrel of Brent crude oil in Europe fell from over $100 per barrel in September 2014, to below $46 per barrel in January 2015.
Comment