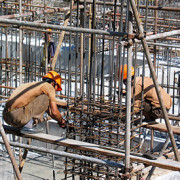 With its rapid economic growth and integration into the global economy over the last 3 decades, the People’s Republic of China (PRC) has emerged as a major economic power and an important source of growth for the world economy. Now it is the second-largest economy at market exchange rates and the largest exporter in the world. In Asia, the PRC’s role as a growth pole is even more prominent. Over the last 10 years, spurred by strong processing exports and domestic demand, the PRC’s imports from Asia in US dollar terms have increased at an average annual rate of 9%. Strong demand from the PRC also supported prices of commodities exported by Asian and other emerging economies.
Comment