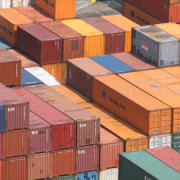 While the WTO Ministerial meeting in Bali in December may deliver on individual initiatives related to such themes as agriculture, trade facilitation and development, a major breakthrough on the “single undertaking” is far from sight. At the same time, mega-regional agreements are fast emerging as a key feature of the global architecture. This “new regionalism” could pose risks, but successful mega-accords will create a strong incentive for a global accord; hence, the “new regionalism” will arguably be a powerful “building bloc” that will ultimately support multilateralism.
Comment