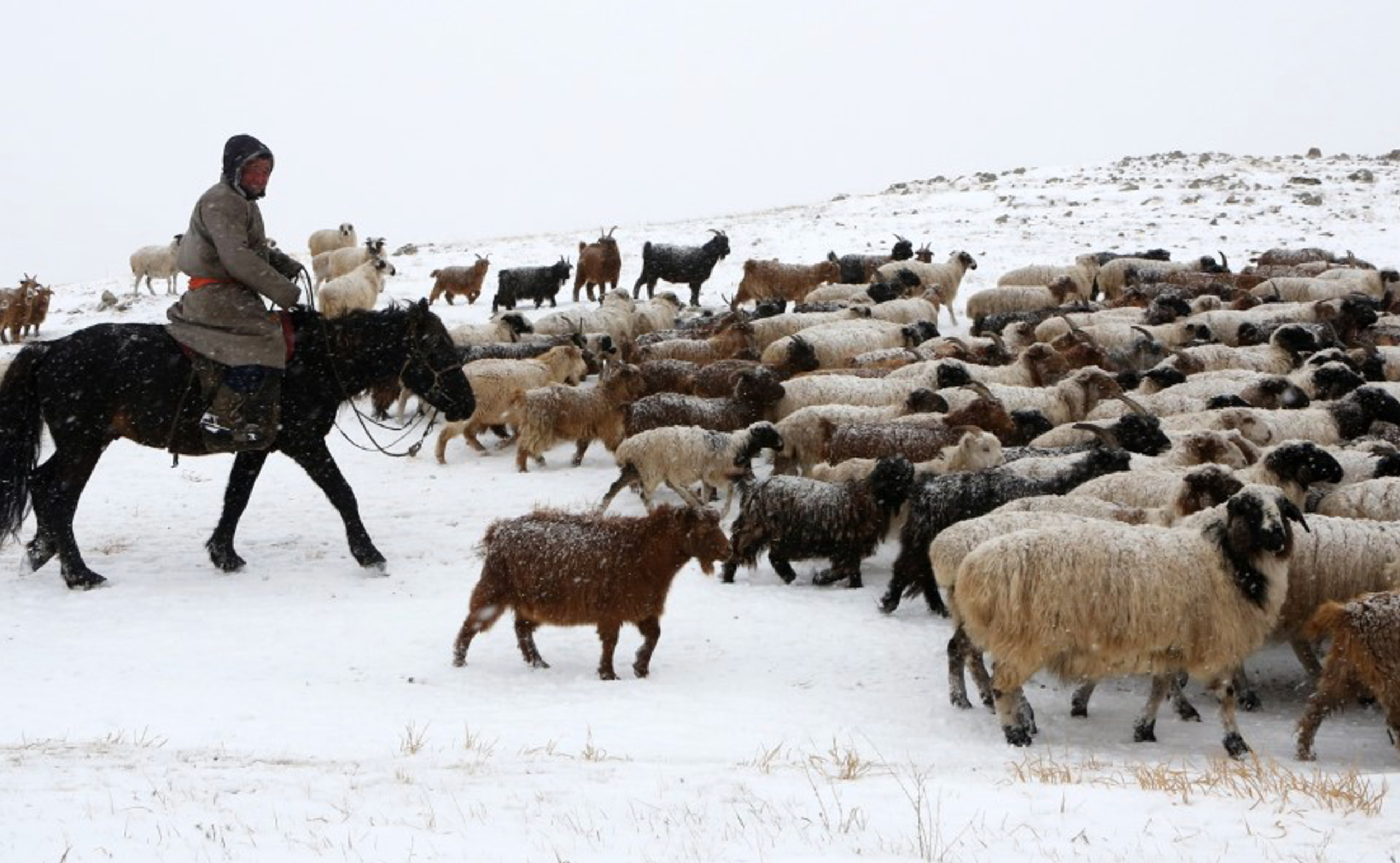 Environmental resources that are public goods are often a source of market failure. The root causes of these market failures, such as air pollution, overgrazing, and overfishing, arise because resource users try to maximize their profits, with individuals such as firms, countries, and herders tending to choose immediate personal benefit over collective long-term gain. Although these are rational individual actions, they can produce socially undesirable outcomes in aggregate.

In developing countries, these rational individual actions can translate to lower investment in green business development as individuals perceive smaller financial returns compared to cooperation, where users of public goods neglect future environmental degradation. This is especially true in agricultural settings, where agriculture and the environment often compete since one needs to use what the other needs to conserve.

Rangelands have been a classic example of the tragedy of the commons since Hardin’s 1968 work, which argued that when property rights are well-defined, the tragedy of the commons is less likely since each owner has the incentive to act as a steward of the good (Hardin 1968). Since then, Gardner, Ostrom, and Walker (1990) coined the term “common pool resources,” compared to private goods, club goods, and public goods. Unlike Harding, they believed that indigenous people and others have often maintained commons for hundreds or even thousands of years without destroying those environments.

Common pool resources have two main characteristics, non-excludability and rivalry. The Mongolian rangelands can be seen through the lens of common pool resources as the rangelands are not for private ownership, although winter and summer camps can be leased to private citizens. Mongolian pastoralists practice transhumance, moving seasonally. The number of times a pastoralist household moves within a year is dependent on the grazing situation. For example, Kakimura (2013) found that in the central and southern areas, households moved 3.0–3.55 times a year, while Kraehnert et al. (2017) found that households in western regions moved 5–8 times a year. The rangelands outside of the privately leased camps can, therefore, be considered a public resource, inciting rivalry.

The Mongolian rangelands have been identified as among the most sensitive to climate change and variability (Godde et al. 2020), and degradation has been alarming. Over 70% of the rangelands have changed from their natural state (NAMEM and MEGDT 2015). Figure 1 shows a comparison of the proportions of the rangelands by degradation level in 2014 and 2016. In the 2014 survey, over half of the monitoring sites were observed as healthy, and over 10% were slightly degraded. However, in the following 2016 survey, the number of moderate, heavy, and fully degraded sites had increased.

There are many drivers of rangeland degradation in the literature. Climate factors (precipitation and temperature) have been shown to be the leading cause of degradation, as well as human activity and grazing pressure (Sainnemekh et al. 2022). In such circumstances, herders compensate for their vulnerability, losses of livestock and income due to extreme climate events, and decreases in vegetation by expanding their herds. Losses force herders to compensate by increasing livestock numbers, thereby creating a vicious cycle. A recent study by Narmandakh (2022) found that when controlling for temperature and precipitation, degradation in rangeland causes a 26% decrease in per-sheep unit of farm income. Rangeland degradation is also accompanied by significant declines in plant species richness and diversity (Khishigbayar et al. 2015; Suzuki et al. 2018), a decrease in above-ground biomass (Nandintsetseg et al. 2021), and a reduction in soil carbon storage capacity.

So, should a herder alone bear the costs of environmental degradation, especially given that climate change plays a key role in the said degradation? Or should they cooperate with other herders and resource users to safeguard the environment? Can they afford to make short-term investments to obtain long-term gains?

Often, public policy is required to nudge them with subsidies, taxes, and regulations and keep small-holder farmers from increasing the human effects of degradation. While governments can respond in various ways, traditional regulations such as standards, bans, and penalties are limited in their ability to stimulate actions that effectively address urgent environmental problems.

An Asian Development Bank project supported by concessional loans and grant financing from the Green Climate Fund, the European Investment Bank, and the European Union is currently aiming to transform behaviors and sector practices that had been major push factors in rangeland degradation. Behavioral changes are promoted by grant-based support to herder groups, empowering them to practice sustainable rangeland management. Incentives will also be provided to enable herders to become better organized and to implement low-carbon, climate-resilient rangeland management. This includes implementing more sustainable grazing practices and destocking processes, restoring the traditional herd composition with a reduced share of goats based on the rangeland carrying capacity, and facilitating conflict resolution among herders.

However, more needs to be done than simply promoting collaboration and capacity building. What will the herders get in return for taking care of the rangelands? Herding livestock is a form of livelihood and business—if herders have enough sales and higher profits, they will consider using the rangelands sustainably, safeguarding them for future generations. The project combines behavioral change for low-carbon and resilient rangeland management with increased value per livestock to provide sufficient incentives for herders. To this end, the project will support higher demand for green agro-production raw materials, better processing, logistics, the necessary infrastructure for agro-business parks with raw material processing facilities, and breeding materials to be supplied through aimag and soum centers that are livable and have the infrastructure required to attract businesses and people. It is important to note that without these conditions, investments in green agribusiness cannot be made at the point of need. The project aims not only to increase the profits of the herders committed to sustainable rangeland management but also to establish public service centers, such as veterinary facilities and irrigation systems, as well as traceability and certification systems for low-carbon and resilient agri-business development.

Although the project has only just started, it will be an innovation for the Mongolian rangelands, enabling resource users to cooperate and helping to improve rangeland management by reducing the vulnerability of the rural economy to climate change. Eventually, it will also promote decreases in livestock herds, mitigate climate change, and increase resilience and adaption to climate change, with synergies capitalizing on the huge potential capacity of grasslands as carbon sinks.

Narmandakh, D., and Y. Sakurai. 2022. Impact of Rangeland Degradation on Farm Performance and Household Welfare in the Case of Mongolia. Japanese Journal of Agricultural Economics 24: 52–57.

National Agency Meteorology and the Environmental Monitoring (NAMEM) and Ministry of Environment, Green Development and Tourism (MEGDT). 2015. National Report on the Rangeland Health of Mongolia. Ulaanbaatar.

NAMEM and MEGDT. 2018.  National Report on the Rangeland Health of Mongolia. Ulaanbaatar.

Sainnemekh, S., I. C. Barrio, B. Densambuu, B. Bestelmeyer, and Á. L. Aradóttir. 2022. Rangeland Degradation in Mongolia: A Systematic Review of the Evidence. Journal of Arid Environments 196, 104654.

Yixin Yao is a senior research fellow at ADBI.
View all posts by Yixin Yao →

← Income inequality, educational outcomes, and digital infrastructure: Can public–private partnerships play a pivotal role in Asia and the Pacific?
The triple burden of malnutrition in early childhood →